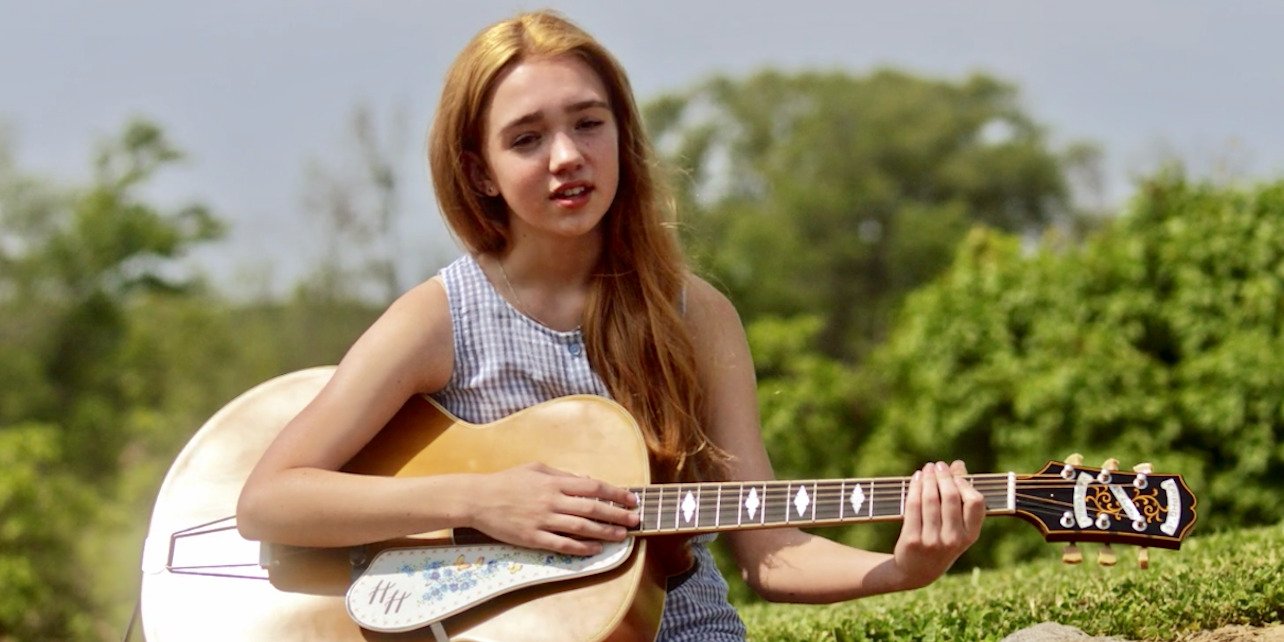 ‘Holly Hobbie’ is a comedy-drama show that originally released on November 16, 2018. Created by Sarah Glinski, the show is based on the eponymous media franchise. The series centers upon the 13-year-old Holly Hobbie from the small town of Collinsville, who dreams of being a singer-songwriter. She begins her journey to achieve her dreams by starting a successful open mic night at her grandma’s café, which also ends up saving the business.

The feel-good show has garnered a lot of praise for its touching plotlines that make it a wonderful family experience. It was even nominated for Daytime Emmy for Outstanding Children’s or Family Viewing Series in 2020. Although most viewers love that the series deals with simple everyday life situations, a few felt that the narrative comfortably leans on what most would consider cliché. Nevertheless, if you have already breezed through the third season, you must be curious to know what the future holds for your favorite show. Well, let us share with you what we have learned about season 4!

‘Holly Hobbie’ season 3 premiered on November 23, 2021, on Hulu, with all ten episodes arriving at once. Each episode has a runtime of about 30 minutes.

With regard to the show’s fourth round, here is what we can tell you. The show has moved from Hulu to BYUtv after the third season, whereas Disney Channel acquired the first three installments. In early October 2021, it was announced that the new commissioning broadcaster BYUtv picked up the series for seasons 4 and 5. So, despite some changes behind the screens, fans can rest assured that the family comedy-drama still has a long way ahead of itself.

If we look at the release schedule of the show, it might give us an idea of when season 4 might arrive. While there was a gap of only one year between seasons 1 and 2, fans had to wait two years for season 3. This could have been the result of the backroom changes coupled with the delays caused by the pandemic. But with seasons 4 and 5 already being greenlit, we may not have to wait as long as we did for the third outing. Moreover, new iterations of the show typically arrive in November. Keeping all these factors in mind, we expect ‘Holly Hobbie’ season 4 to release sometime in Q4 2022. As per reports, the new edition will have ten episodes, similar to the first three installments.

Holly Hobbie Season 4 Cast: Who can be in it?

For the upcoming season, we can expect most of the usual players to return. This means we are likely to see Ruby Jay (Holly Hobbie), Evan Buliung (Robert), Erin Karpluk (Katherine), Charles Vandervaart (Robbie), Kate Moyer (Heather), and Sara Botsford (Helen) in the fourth season. In addition, we can expect Hunter Dillon (Tyler Flaherty), Saara Chaudry (Amy), Kamaia Fairburn (Piper), and Tomaso Sanelli (Oscar) to reprise their roles. If new characters are introduced, we are bound to see some fresh faces too.

Holly Hobbie Season 4 Plot: What can it be About?

The third installment begins with Holly throwing an open mic fundraiser after her parents get into an accident. As the season progresses, Holly’s talents seem to be getting more traction but the new opportunities put a strain on her personal life as she often finds herself having to choose between her burgeoning music career and her loved ones. Since she has garnered a considerable fan base, the young singer-songwriter also thinks about how she impacts other people’s lives. Another highlight of season 3 is Holly’s relationship with Oscar.

The fourth round will likely begin with putting Holly’s music career in the spotlight yet again. The season 3 finale sees Holly making a difficult decision between her family and her career, but that might just be the beginning of a long and challenging road. The episodes in the upcoming installment may continue to revolve around friendship, aspirations, and heartwarming experiences. So, we can expect to see more adventures of Holly and her friends in the cozy and adorable town of Collinsville.