Will There be a Hollywood Game Night Season 7? 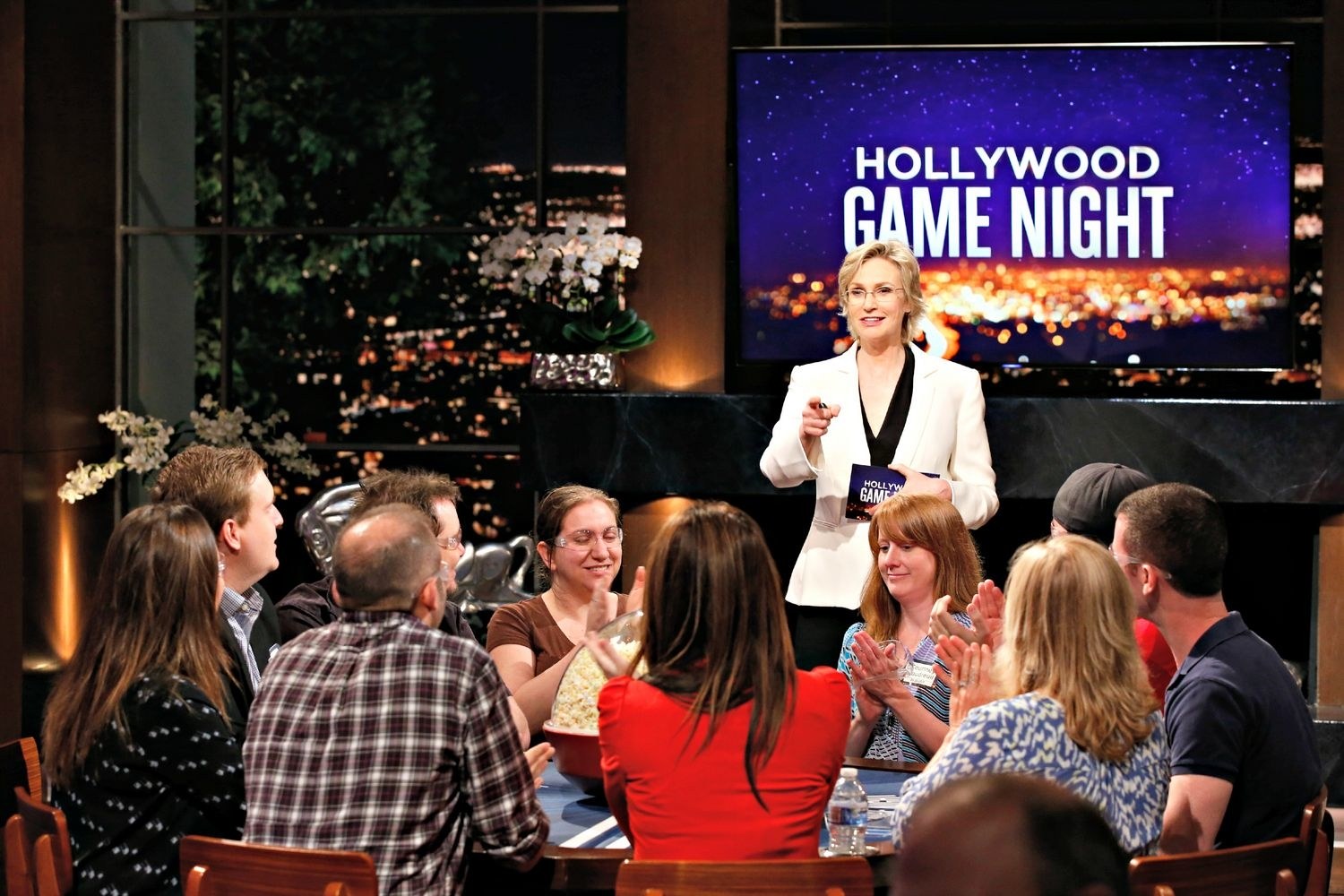 ‘Hollywood Game Night’ is a game reality series that introduces two contestants who partner with three celebrities each, for a casual game night. The NBC show gives participants a chance to win up to $25,000. Created by Sean Hayes and Todd Milliner, it first debuted on the platform on July 11, 2013.

‘Hollywood Game Night’, since its launch, has been earning steady television ratings and has received a generally positive critical reception. Several global adaptions, a party game, and a mobile app based on the show have also been inspired by this series. A multiple awards nominee, it has won the Writers Guild of America Award for Quiz and Audience Participation for three successive years.

The show has had a total of 6 successful seasons so far, with the sixth installment still on-air. But will there be a ‘Hollywood Game Night’ season 7? Let’s find out.

Now, as far as the next season goes, we don’t have an official announcement yet. However, considering the concept of this show, which comprises only a few episodes, it is not difficult for the network to recommission it for another season. And since the series has been delivering consistent performance to date, we are positive that another season is underway. As per our best guess, ‘Hollywood Game Night’ Season 7 release date should fall sometime in 2021. We will update this section as soon as we hear more.

Hollywood Game Night Season 7 Cast: Who Can be in it?

Emmy-winning actress, author, singer, and comedian Jane Lynch hosts every episode of ‘Hollywood Game Night’. She is primarily recognized for her portrayal of Sue Sylvester in the musical series, ‘Glee’. She is also famous for Christopher Guest’s improv mockumentary films, including ‘Best in Show‘. She has appeared on the Nickelodeon show, ‘iCarly’, and the Showtime dark comedy series, ‘Weeds’. Other notable roles include performances in comedies such as ‘Talladega Nights: The Ballad of Ricky Bobby’, ‘The 40-Year-Old Virgin’, ‘Role Models’, and ‘The Three Stooges’.

Joining her are six celebrities who pair with the contestants and form two teams of four each. Some of the celebs who have appeared in previous seasons include Matthew Perry, Kristen Bell, Martin Short, and Lisa Kudrow, among others.

You can fully expect Jane Lynch to be back as host for season 7.

What Can Hollywood Game Night Season 7 be About?

Each episode of this hilarious reality show follows two ordinary individuals who indulge in a series of outrageous games and quizzes, related to celebrity and pop culture. They are assisted by a team of celebs who help them in pocketing a grand sum of $25,000 as a cash prize. Each contestant is paired with three celebrities each and hence, the competition takes place between two four-player teams. The participant serves as the captain of his or her team. In certain weeks, twists have also been introduced. For instance, there are ‘Show Vs. Show’ specials, where each team comprises cast members of a certain show. In episode 1, season 5, the contest was ‘Veep‘ vs. ‘The Walking Dead’.

Every episode showcases five games in total. Each round enables them to gather points, based on their performance. One point is awarded for each correct answer in rounds one and two, and two points are allowed for every right response in rounds three and four. The fifth round gives five points per correct answer. The leading team gets the option to go first. However, if both the teams end in the tie after the fourth round, the group that won the last game goes first.

After the fifth game, the candidate with greater points faces the ultimate bonus round with one of the episode’s celebrities. Again, if the fifth round ends in a tie, the candidate who wins more games proceeds to the bonus round. The selected celeb plays to win a sum of $10,000 for his or her charity while the contestant competes for a chance to take home a cash prize of $25,000. The last stage sees various types of tasks with varying levels of complexity and subjects. While certain games demand the participants to answer questions based on celeb photographs, TV shows, or movies, others challenge the teams to arrange items in categories or order items based on a chronological scale.

There are other tasks as well, such as identifying a brand of grocery products after looking at images of the product or matching pictures with audio clues. Multiple diverse games are also included, including wordplay, identifying subjects after removing the vowels, recognizing titles with shuffled words, or figuring out names where phrases are written in a language other than English. There are also time-limit games that need to be tackled within 90 seconds.