Will There be a Home: Adventures with Tip & Oh Season 5? 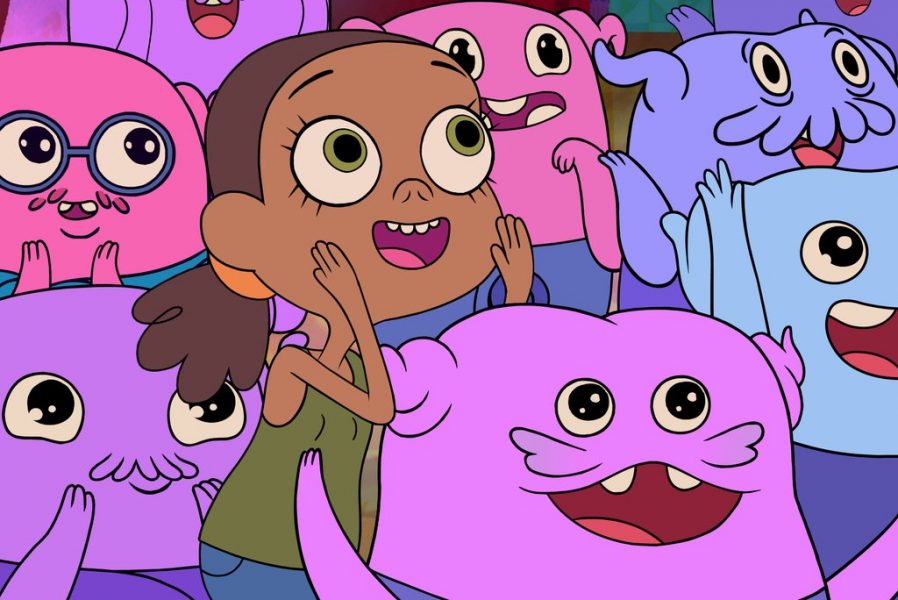 TV shows ripped straight off movies is not a particularly common phenomenon, but it is not unheard of, either. As a matter of fact, we have seen a staggering number of entries to nudge it towards a standardized model over the years. The best example, perhaps, is MCU – with all the promised Disney Plus miniseries in the works.

MCU is an incredibly popular brand name of its own at this point, true, but this, theoretically, would also work for any franchise where movies keep the audience craving more of their favourite characters. And even discounting the logistics of attachment to a fictional character, we have seen some great movie-to-TV adaptations and vice-versa over the year – Noah Hawley’s Fargo, Ivan Goff’s Charlie’s Angels to cite examples. Incidentally, NBC has also offered a pilot episode to test-drive a TV adaptation of Devil’s Advocate (the very same one with Keanu Reeves and Al Pacino).

Home: Adventures of Tip & Oh, however, is an example of the former type – rather than an adaptation with its unique implementations, the show is more of a continuation from the movie, sharing its lore, characters, and spirit. Available to stream on Netflix, the series is originally a Dreamworks production that debuted on July 29, 2016.

The show has had four successful seasons so far. Now the question is, will there be a Home: Adventures of Tip & Oh season 5? We will delve into that question, but first let’s quickly look into the details of the series.

Home: Adventures With Tip and Oh Cast: Who is in it?

In a show that is supposed to build upon an already established franchise, a common cause for the producers’ concern is getting the casting correct. Although not as apparent on the outset, this is equally true for voice talent on films like DreamWork’s Home, where the fans of the movie come to identify the more wordy characters with their voice. This is a drawback that the show had to compensate for by other means since it could not get the original cast from the film on board – since it is rather difficult to recruit big names like Jim Parsons and Rihanna for a long-running show.

Naturally, the cast is completely different from that of the film, with the sole exception of Matt Jones. It is by no means a star-studded cast, but a cast that long-time followers of the franchise will definitely approve of.

In the lead role are Rachel Crow and Mark Whitten as Tip and Oh, the titular protagonists. Rachel Crow has had a long career in voice acting, including several Nickelodeon shows in the early 2010s, the sequel to Rio, and a role in the flesh for Deidra and Laney Rob A Train, a 2017 Netflix original. On the other hand, Mark Whitten has a more full-fledged presence in the video game industry, having starred in titles like the MOBA Heroes of Newerth, Octopath Traveller, Street Fighter V, and Fallout 76 (gasp!), as well as TV shows like Sirius The Jaegar and Rolling High. Alongside them are other big names like Breaking Bad star Matt Jones as Kyle, Anna Ortz (Ugly Betty, Boston Legal) as Lucy (Tip’s mother), and Ryan Crego himself as Pig.

The nature of the contract that these actors have signed up on is unclear, so we do not know yet whether they all will be available for the next season – but it is unlikely that the show would go back on its tracks to replace a major actor with four seasons already out.

Home: Adventures With Tip and Oh Plot: What is it about?

Home: Adventures With Tip and Oh is a continuation from a 2015 DreamWorks animated feature, Home. The easily noticed point of departure is the visuals. While the film was a standard-budget 3D animation, the series settles for a happily embraced ‘Adventure Time’ 2D aesthetic. But other than this, pretty much everything is the same – the show explores the same themes, the same characters, and the same spirit.

One of the show’s unique charms come from its strange premise: the world has been taken over by an alien race called the Boov. Contrary to the stereotype, this is a bloodless conquest and the ‘invasion’ has eventually resulted in a kooky cultural mix between humans and the Boov with their advanced technology. The film is about the friendship that develops between Oh, a Boov free-thinking outcast, and Tip Tucci, a teenage girl. The show continues from this premise, and like the title would suggest, follows Tip and Oh to their (mis)adventures.

Home: Adventures With Tip and Oh Season 5 Release Date: When will it premiere?

Home: Adventures With Tip and Oh Season 4 premiered on Netflix on July 20, 2018.

Even though it garnered overwhelmingly positive receptions since its debut season on July 29, 2016, the show had originally been ordered for four seasons. So the possibility of a fifth season is next to zero. Although there is no official announcement from either Netflix or Dreamworks about a cancellation, we are almost sure about the series’ non-renewal since the last four seasons released within a span of three years and there is no update about a fourth season though it has been more than a year since the last episode aired on Netflix. So, until further updates, we can safely assume that Home: Adventures With Tip and Oh Season 5 stands cancelled.

Do not despair even if season 5 is cancelled because there are still four seasons to chew through if you have been meaning to dig into the show. A good starting point, in that case, would be to watch the trailer from the last season below.