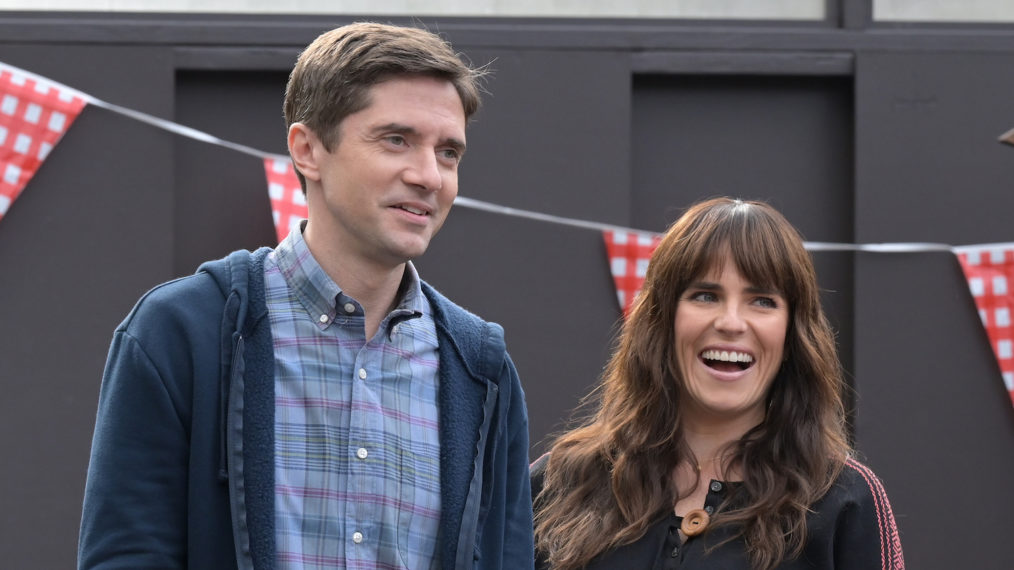 Thankfully enough, ABC has decided to bring back ‘Home Economics’ for a sophomore season. Developed by John Aboud and Michael Colton — and loosely based on Colton’s life — the roving dark comedy television series revolves around a distinctive family: the Hayworths. The bitterly amusing story revolves around 3 contrasting siblings from the family — one belongs to the top one percent, the second is a struggling middle-class writer, and the final one can hardly make ends meet.

Following the cliffhanger finale of the inaugural season, where the members of the Hayworth family come at confrontational proximity to each other, things get tense. You must be waiting to catch up the sophomore season with bated breath. In that case, let us spill all the beans on what’s in store for ‘Home Economics’ season 2 episode 1!

‘Home Economics’ season 2 episode 1 will premiere on September 22, 2021, at 9.30/8.30c, on ABC. New episodes with runtimes ranging between 20 and 21 minutes per episode are released weekly on Wednesdays.

You can watch ‘Home Economics’ season 2 episode 1 by tuning to ABC at the above-mentioned date and time. In case you miss the television broadcast, the episode will be available for streaming on ABC’s official website and ABC app. You can also catch the episode on Hulu following its television premiere, but you may need a subscription.

Additionally, you may catch the second season of ‘Home Economics’ on live TV services such as DirecTV, Fubo TV, Apple TV, and YouTube TV. Moreover, the new episodes will also be available in the video-on-demand format on YouTube, iTunes, Google Play TV, Amazon Prime Video, Spectrum TV, and Vudu.

Episode 1 of ‘Home Economics’ season 2 is titled 49ers Foam Fingers, $7.’ It will pick the story up from the previous season’s cliffhanger. Hopefully, we shall get a fair idea about how Tom’s relationship with the rest of the family pans out after the revelation. Although Muriel and Marshall are excited about the book and want to see their portrayals, Denise is seemingly not happy after finding out Marina divulged about their “normal club” to Tom. With this turn, the situation will only worsen among the family members, but we see a ray of hope since Tom will perhaps get a chance to publish his book after all.

Denise is attracted to Emily as well. In the second season, we may see something developing between the two characters, presuming the relationship between Connor and Emily will not return to its previous state. The episode will revolve around Connor inviting the gang over for a San Francisco 49ers game. At the same time, Connor will try to close a business deal, while Tom will get to show his impeccable football skills. Elsewhere, Denise will try to help Sarah realize just how much Shamiah is interested in cheerleading.

Home Economics Season 2 Cast: Who is in it?

Thanks to a brilliant cast ensemble, the show attains its full potential, and all of them will reprise their roles in the second season. In the core cast ensemble, we shall see the return of Topher Grace (Tom, budding author), Karla Souza (Marina, Tom’s wife), Caitlin McGee (Sarah, social worker), Sasheer Zamata (Denise, Sarah’s wife), and Jimmy Tatro (Connor, the tycoon).

In various other roles, we shall see Justine Lupe (Emily), Jordyn Curet (Shamiah), Nora Dunn (Muriel), and Phil Reeves (Marshall). Nicole Byer, who plays the role of Tom’s editor Amanda, will come back to play a prominent role in the upcoming season. On the other hand, we have a few surprise guest appearances, as ‘The Wonder Years’ fame Danica McKellar is set to appear in a cameo role in the second season.