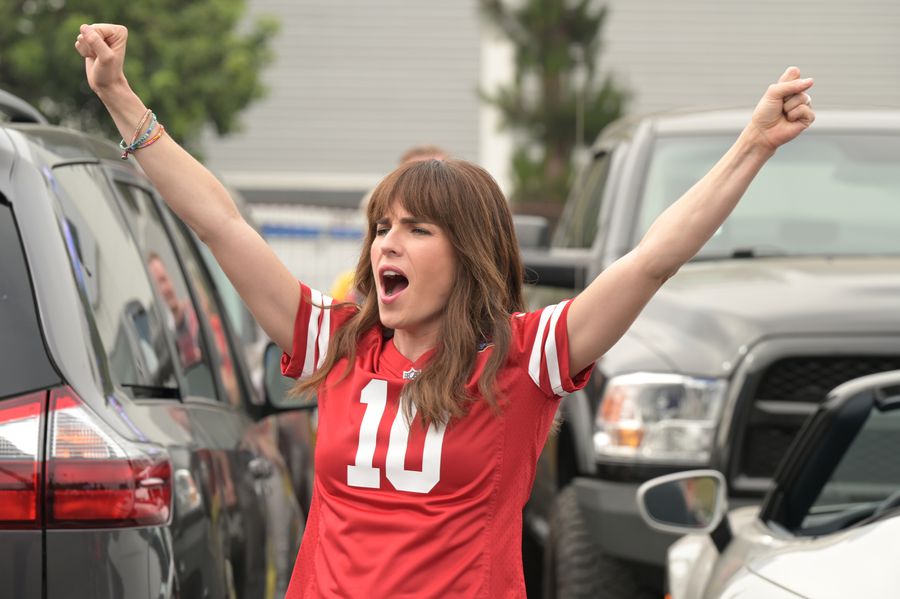 In the latest episode of ‘Home Economics’ season 2, the Hayworths celebrate Thanksgiving at Connor’s, where their mother also shows up. However, she is stressed out over a piece of bad news, and her kids then decide to cheer her up. Meanwhile, Denise nervously invites her sister JoJo over for dinner, which becomes an opportunity for them to air out their dirty laundry. The rest of the events taking place in episode 8 are enclosed within the recap. Now, let’s take a look at what episode 9 of the show’s second installment has in store!

‘Home Economics’ season 2 episode 9 will premiere on December 1, 2021, at 9:30 pm ET on ABC. It is worth noting that the series is on a two-week-long hiatus. Usually, new episodes with runtimes ranging between 20 and 21 minutes are released weekly on Wednesdays.

You can watch ‘Home Economics’ season 2 episode 9 by tuning to ABC at the date and time specified above. In case you miss the television broadcast, the episode will be available for streaming on ABC’s official website and the ABC app. You can also catch it on Hulu. Additionally, you may live stream the episodes of the second season on Fubo TV, YouTube TV, Xfinity, and DirecTV. Moreover, new episodes are available on video-on-demand platforms such as Google Play, Amazon Prime Video, iTunes, Microsoft Store, Spectrum, and Vudu.

After an episode themed upon Thanksgiving, ‘Home Economics’ season 2 is ready to include some Christmas cheer in the ninth episode, titled ‘Secret Santa Gift, $25 Limit.’ Before the day arrives, Tom will finally receive his first advance check from the Sofia Salazar book. But the enormity of the amount will leave him and Marina wondering what to do with their newfound treasure. Sarah will join a new school and receive a gift from the parents of the students.

Titled ‘Two Thousand Pounds of Sand, $240,’ the eighth episode of season 2 follows a standard Hayworth Thanksgiving celebration which quite predictably turns chaotic. Tom and Sarah head over to Connor’s along with their families, where their mother Muriel is also visiting. However, the moment they step inside, they are repelled at the sight of the Caribbean-themed extravaganza that Connor has arranged. Tom immediately argues that it is Thanksgiving and not some tropical vacation they are on.

Moments later, Muriel storms in, crying about her recent failure in her acting career. She is sad about not being needed anymore. So, to resolve the situation, Tom, Sarah, and Connor prepare a hearty meal. However, their mother bursts into tears the moment she realizes that her kids too might not need her anymore. In the meantime, Denise struggles to reach common ground with her sister JoJo, who is a bratty social media influencer, according to her.

JoJo has always received special treatment from their parents, which still bothers Denise. They end up having a big fight but later talk things out. JoJo admits that she has always been jealous of everything that Denise has, including a wife, kids, and a roof to sleep under. That’s when Denise reluctantly lets her crash at her place till Christmas. In the end, Sarah, Connor, and Tom accidentally set the kitchen on fire, and the accident pleases their mother as she gladly cleans up after them.