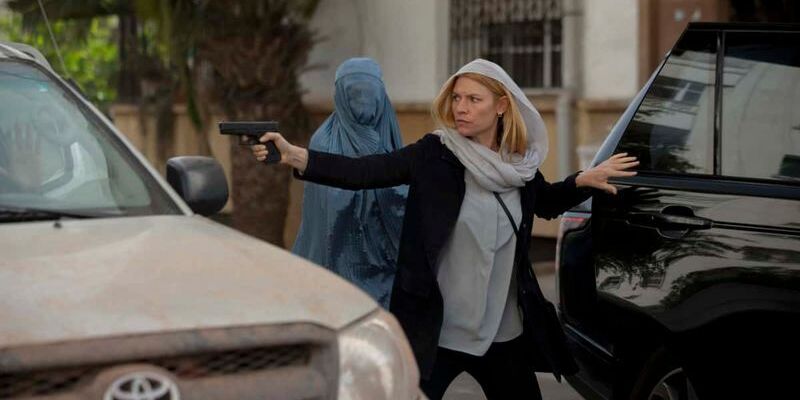 The eighth and final season of ‘Homeland’ centers upon the CIA agent Carrie Mathison, as she strives to recover from the trauma inflicted upon her during her time in a Russian prison. Her physical wounds are healing with time, but Carrie is finding it difficult to put together her distorted memories. With the safety of the nation at stake, Carrie is asked by her mentor Saul Berenson, to accompany him on his mission to end the long-standing war between Afghanistan and the Taliban.

In case you want to know what happens in the next episode – ‘Homeland’ season 8 episode 8, keep reading. We have also added a recap for you in the end.

You can watch ‘Homeland’ season 8 episode 8 by tuning to Showtime at the above-mentioned time. You can also catch the show on Showtime’s official website and on the Showtime app.

The upcoming episode is titled ‘Threnody(s).’

In the episode, we might get to learn about the fate of two crucial characters, Haqqani and Max. Paul might insist the judge to spare Haqqani or be ready for the blood-bath that will occur after his death. We can expect Carrie to ask for a backup to extract Max from the clutches of Haqqani’s son and his men, but Saul might try to reason with her, assuring her that the highest operatives are already tracking him. Meanwhile, the ministers might set up a meeting to discuss a war with Pakistan. There is also a chance that the episode might shed some light on the black box.

The episode begins with Saul and Haqqani’s meeting with G’ulom, where Saul trades Haqqani for the hostages confined in the stadium. At the headquarters, Jenna informs Saul about Carrie’s escapade with Yevgeny, but he is least bothered as he knows her ultimate motive, is tracking Max down. Later, during a meeting with the White House ministers, Saul gets grilled by the President, who demands from him, the master plan to avenge the death of the former President. He also visits Tasneem’s father to seek his help, only to be turned down via a scathing monologue. However, Tasneem agrees to help.

Well, during their trip to Pakistan, Carrie and Yevgeny arrive at a graveyard where the brutal memories of the wedding bombing incident flash before her eyes. Carrie questions Yevgeny’s intentions, but he assures her that Max is not that far. What is the deal with the enigmatic Russian spy, Yevgeny Gromov? Has he genuinely changed or is he playing Carrie? Well, this is answered soon as the two finally find Max, critically wounded by a bullet. He says, “Yeah, that f–ker shot me.” And moments later, a bunch of scary-looking men abducts Max in front of the two. They manage to track him again, but he is with Haqqani’s son, who questions Max about the helicopters, but he doesn’t give up any details.

Saul manages to strike a deal with the judge and informs Haqqani about the postponement. However, when they arrive in court, Saul is shocked to find another judge in place of the previous one. The judge sentences Haqqani to death. Saul calls President Hayes, but he dismisses his plea and mentions the presence of John Zabel. Saul begins to worry about all the crap that is going to go down. The episode ends with the men getting ready to tape Max, after putting an orange suit over him. Carrie is ready to shoot, but Yevgeny takes the lead and asks her to get back.