Will There be More of Homestead Rescue? 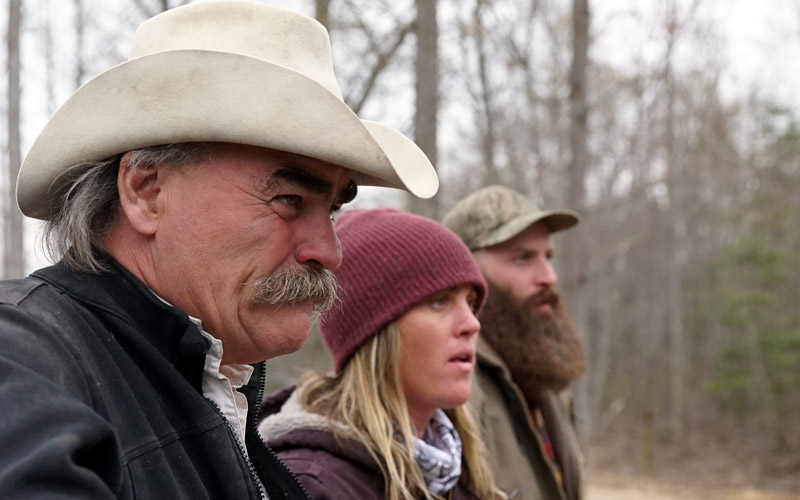 Technology has been dominating our society, assuming more control over our everyday lives. Therefore, in recent years, more and more people have been opting out of the luxurious lifestyle to choose a homestead experience, to live close to nature, devoid of any harm from technological advancements. The main idea behind living life at a homestead is to lead a sustainable life, striking a balance between a person’s physical and emotional well-being. ‘Homestead Rescue’ sets itself around the fact that the absence of luxuries is ultimately what builds the best character in people.

‘Homestead Rescue’ is a reality show, where homesteading-experts, the Raneys, assist people who have been trying their hands at the homestead life but failing. Homestead living is a tough task, and fortunately, the Raneys are here to help the people, to deal with the challenges thrown by nature, medical emergencies, attack of aggressive predators, and many more. The stakes are high, but the Raneys are determined to succeed.

Justin Kelly, Andrew Parkin, Keith McCormick, and Mike Griffiths serve as the directors of the show. ‘Homestead Rescue’ first premiered on Discovery on June 17, 2016, and has been running successfully for the last six seasons. Which brings us to the question: Will ‘Homestead Rescue’ return for a season 7? Let’s find out!

Homestead Rescue Season 7 Release Date: When will it premiere?

Homestead Rescue season 6 premiered on January 2, 2020, on Discovery Channel and Discovery GO. Ahead of its release, Discovery also released a ‘Homestead Rescue’ special on December 26, 2019. After airing for six episodes, the series wrapped up on February 6, 2020.

The series, since its launch in 2016, has followed a sporadic airing schedule. While seasons 4 & 5 premiered in 2019, seasons 2 & 3 premiered in 2017. In 2018, the show went on a break. We do know that Homestead Rescue holds a good 7.5+/10 rating on IMDB. Hence, there’s a good chance for it to be renewed for another season. If it is renewed and Discovery decides to follow its 2019 schedule, we can expect ‘Homestead Rescue’ season 7 to premiere sometime in June 2020.

Homestead Rescue Cast: Who is in it?

The Raneys are the heart and soul of the series – Marty, Matt, and Misty. The head of the family, Marty Raney, is a skilled craftsman, an experienced mountain climber, and a survival insurer. He is a fervent supporter of sustainable living and aims at helping as many families as he can. Marty believes in hard work and never spoon-feeds the homesteaders.

Apart from ‘Homestead Rescue,’ Raney is known for being a participant on National Geographic Channel’s ‘Ultimate Survival Alaska.’ His notable works include films like ‘Spirit of Alaska,’ ‘Surviving Denali,’ ‘Han-Denali,’ ‘Against All Odds’, ‘The Great Summit Series,’ ‘McKinley: Grand Mountain of the Far North,’ ‘An Idiot Abroad’ and many more.

The other cast members of the series are Marty’s younger children – Misty Raney (now a Bilodeau, after her marriage to Maciah Bilodeau) and Matt Raney, who are also experts possessing survival skills. Marty’s first-born Miles Raney and second child Melanee Raney are not a part of the show, but they share a close bond with their family.

Each episode of the show features a new family, striving to excel at homestead living; therefore, the cast is not fixed. When season 7 happens, we expect the whole Raney fam to make a comeback.

What is Homestead Rescue about?

A little history for the uninitiated, the Raneys have been living in Alaska since 1974, when Marty first moved to Southeast Alaska, living in a floating logging camp on the Prince of Wales Island. Marty and his wife Mollee Roestel have spent most of their time living on a remote homestead in Haines, Alaska, which is home to a lot of Alaskan brown bears. All four children of the Raney family possess a distinct set of skills, as a gift of inheritance from their father. Two of Marty’s children, feature in the show, exercising their support to the families, who are struggling to make it in the wilderness.

‘Homestead Rescue’ season 6 revolves around Marty, Misty, and Matt, each helping the homesteaders with their unique craftsman skills and techniques to survive the wrath of Mother Nature and technological hindrances of living away from the urban life. The Raneys not only rescue the failing homesteads but also teach the families, different ways in which they can utilize the homestead offerings to create their businesses. While doing so, the Alaskan family doesn’t shy away from traveling to the nooks and crannies of Missouri, Colorado, Alaska, Hawaii, and many other places.

Surviving a storm, blazing the wildfires, dealing with untamed wild animals, conserving the livestock, preserving the agricultural produce, and braving the precarious weather conditions – the Raneys stop at nothing to ensure the smooth functioning of homesteads around the country. If and when the show is renewed for a seventh season, we expect the clan to continue using their wits, creativity, and resourcefulness to introduce some of the best, original building concepts and one-of-a-kind structures.

While we wait for an update on season 7, you can watch all of the previous episodes of Homestead Rescue here.