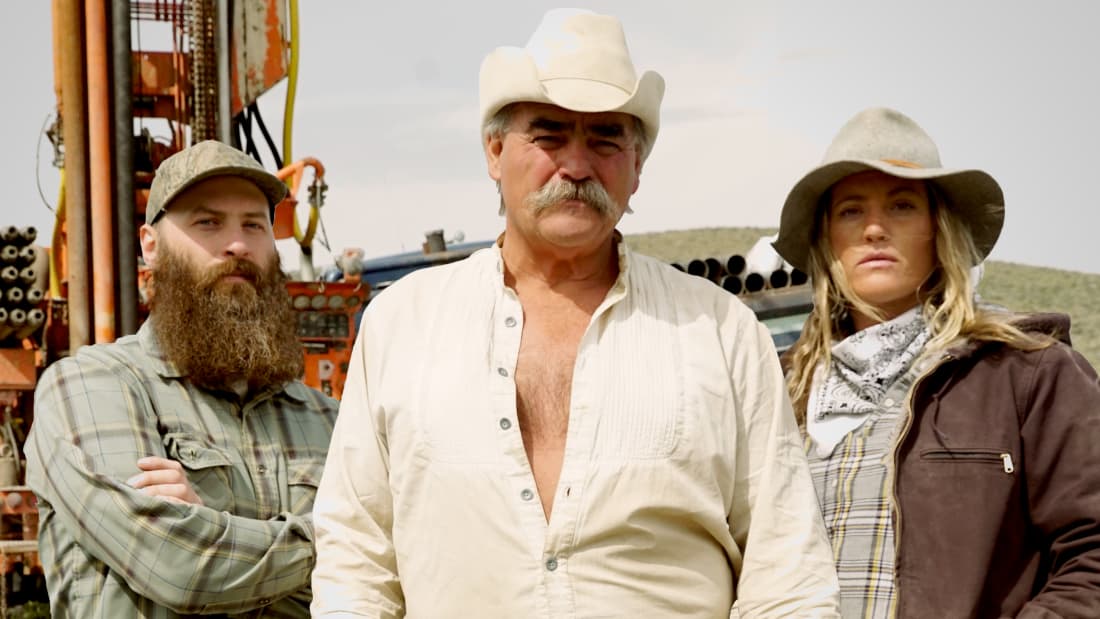 Deserted locations can be a real struggle to live in, especially when you are creating and maintaining your own homestead. This tough lifestyle raises plenty of challenges, including preparing for medical emergencies, dealing with harsh weather conditions, battling wildlife predators and natural disasters, and maintaining a baseline flow of modern conveniences. It takes a lot of courage to leave a community behind and building a homestead from scratch without using many utilities. However, it can turn out to be fruitful in the longer run. This is a series that showcases how homesteading has established itself as a successful lifestyle in today’s date.

Homestead Rescue, Discovery TV reality tv series, first premiered on 17 June 2016. The popular series directed by Justin Kelly, Andrew Parkin, Keith McCormick, and Mike Griffiths. The Raney family including Misty, Marty, and Matt are the Homesteading saviours who arrive at a specific location in America to help the families living here and surviving off the grid.

Homestead Rescue Cast: Who is in it?

Marty Raney is the heart and soul of the series. He is passionate about helping homesteaders better their lifestyles. He is a man of action who believes in getting the work done. He said “I’m a man of action. I’m a man that gets something done, right or wrong, nothing happens until someone starts moving — so standing around talking doesn’t do much for me.” Raney shows tough love to the homesteaders, saying he’s “not necessarily [there] to give them a handout but to give them a hand up….everyone wants a handout, and I’m sensitive to those people, and those people I don’t visit…I’m more impressed by the doers and the workers than I am the talkers and the dreamers.”

Marty is a loving father to his four children. He is a mountain climber, musician, and songwriter. He has appeared in films like Spirit of Alaska, Surviving Denali, Han-Denali, Against All Odds (PBS), The Great Summit Series, McKinley: Grand Mountain of the Far North, An Idiot Abroad and many more. Currently, he is seen playing a lead role in Homestead rescues. The other cast members of the series are Misty Raney and Matt Raney, two of Marty’s four children, the other two being, Miles Raney, and Melanee Raney.

Homestead Rescue Plot: What is it about?

Millions of American families move out of modern life to start homesteading. The series portrays the lives of these homesteaders and showcases that surviving off the grid is not as easy as it might seem. Homestead Rescue chronicles around the Raney family who are saviours to these survivalists. They help families with homesteads who don’t have enough knowledge about surviving in inhospitable regions. Some families have zero experience on how to find water, grow food, deal with the threat of predators, harness power and so on. The Raney family teaches them various lessons on gardening, fishing, security, building upkeeps as well as problem-solving in case of emergencies. The Raney family also educates them on how to survive natural disasters in the one week training period they have to undergo. Using their fresh creative ideas, the trio helps the families to reinforce failing infrastructures and protect their valuable livestock. At the end of each episode, the survivalist family has to decide whether it will return to the civilization they left behind or deal with the problems and pursue homesteading in that location. From frigid, unrelenting woods of Alaska to the flood-riddled lands of Missouri, the trio sets out to challenge the world with their shrewd sense.

Here’s how Discovery describes the show’s last season“ The Raney family work tirelessly to locate clean drinking water on toxic lands, build an entire cabin from scratch in seven days, dig a massive dam in a flood zone, craft life-saving wildfire protection, and automate a homestead to function on its own while its residents are away,”

Homestead Rescue Season 5 Release Date: When will it premiere?

Here is the preview clip from season 3 of Homestead Rescue. Watch and decide it the series is for you. We will update this section with more news as we know.