When Will Homicide for The Holidays Season 4 Premiere on Oxygen? 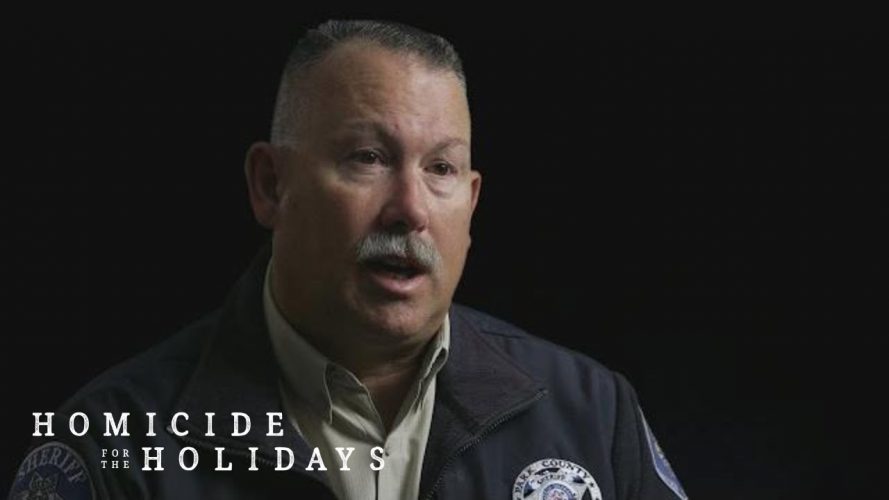 The end of every year, for virtually all of us, is marked by a festive season which brings glad tidings and the spirit of gift-giving and cozy, homecoming vibes. But it is by virtue of this same occasion that the stark and dark portents of ‘Homicide for the Holidays’ thrive.

The now Comcast-owned Oxygen network would have seemed an unlikely candidate to host such a show in the 2016 Winter when it was officially highlighted as a network with original programming aiming chiefly at a modern young adult female demographic in the central US.

However – while it had already undergone a series of revamps so as to comprehensively fixate upon a core theme for the network, previously having hosted a number of variety entertainment gigs, including the broadcasting of the 2008 Summer Olympics, the show-runners at NBC Universal had noticed true crime gradually getting more popular among the mid 2010’s audience, and especially trending among their target demographic.

For multiple years now, Oxygen has shifted in both tone and roster to accommodate this trend and bring high-quality true crime titles to us. And one of its reliable year-end staples from that first year of a true-crime production trend, 2016, has been ‘Homicide for the Holidays’. It is a fairly generic true-crime investigative series otherwise, with the exception that all the cases are carefully chosen to take place during the holiday season – to hammer home the superimposition of festivity and a sense of awry, impending doom that a true-crime series characteristically exhibits.

The pilot, (air date: December 3, 2016) immediately brings this to the forefront with a mass-homicide committed on, of all occasions, a family Thanksgiving dinner, leaving four dead in its wake. Well, with its engaging concept, the show has spawned three successful seasons to date. Now, the question is, is there any update on ‘Homicide for the Holidays’ season 4? We shall get to that but first, let’s quickly look into the details of the series.

Homicide for the Holidays Cast: Who’s in it?

The obvious disclaimer, when it comes to true crime shows like these, is the fact that they do not have any widely marketed set of an ensemble cast as a selling point when they are largely episodic. Homicide for the Holidays is a peg that fits perfectly into the mold of this hole, and as a result, its cast of characters and the respective actors and actresses remain unpredictable until they are officially declared.

The show follows a documentary format with a number of direct interviews with the persons of interest in each case, which forms the bulk of its content. The structure is also woven around these interviews and confessionary sections, as enactments of the narrated events punctuate it. As a result, the only acting talent required is to animate these minor roles, so to speak.

The seasons do not feature any substantially recurring actors or actresses – even though some actors like James Zeiss, screenwriter, and actor on the big screen, in off-Broadway theatrical productions, appear in multiple minor roles in various episodes of seasons 2 and 3. Chris Hansen, a primary voice talent in the video game Amped 3, occasionally serves as the unifying the voice of the narrator, and even then, this is an unaccredited role in all of the last three seasons.

Season 4 is also expected to follow the same trend, exploring cases, primarily through re-enactments and first-hand interviews with detectives, cops, and close relations of the victims.

What is Homicide for the Holidays about?

As a standard hour-long show with a variable number of episodes each season, the show depicts the harrowing account of homicide cases that had taken place on the occasion of a holiday. Even though the dramatization sometimes harps on the suspenseful nature necessary to sustain a casual TV show, it does manage to be a decent documentary of its subject matters.

In season 1, after the ‘Deadly Thanksgiving’ episode which aired on December 3, 2016, there are four more cases documented with four more episodes up till the week before Christmas. Season 2, which is the most expansive season of the show to date, covers eight unsettling cases which had, in reality, taken place on some holiday occasion around the same time of year.

The third season portrays three more such cases in its three episodes, each more troubling than the last one. It documents the murder of a young mother, the missing case of two girls and their mother, and the death of over half a dozen people, all during the season of holidays.

As far as the fourth season is concerned, according to Oxygen, it “unwraps four chilling stories of holidays taking a sweeping turn when a loved one is brutally killed by an unforeseen suspect and investigations unfold that stun everyone involved.” While one episode is about a mom being shot to death when driving her sons home from a Thanksgiving celebration, another episode is about a couple who is murdered in their own home in Florida. Episode 3 is also about another slain couple, whereas the last story follows a family massacred in their Santa Claus, Georgia residence.

Homicide for The Holidays Season 4 Release Date: When will it premiere?

Homicide for The Holidays season 3 premiered on December 9, 2018, on Oxygen. After airing for just three episodes, it wrapped up on December 23, 2019.

Homicide for The Holidays Trailer

You can check out the official preview trailer for season 4 here.