When Does Hospital Playlist E06 Come Out on Netflix? 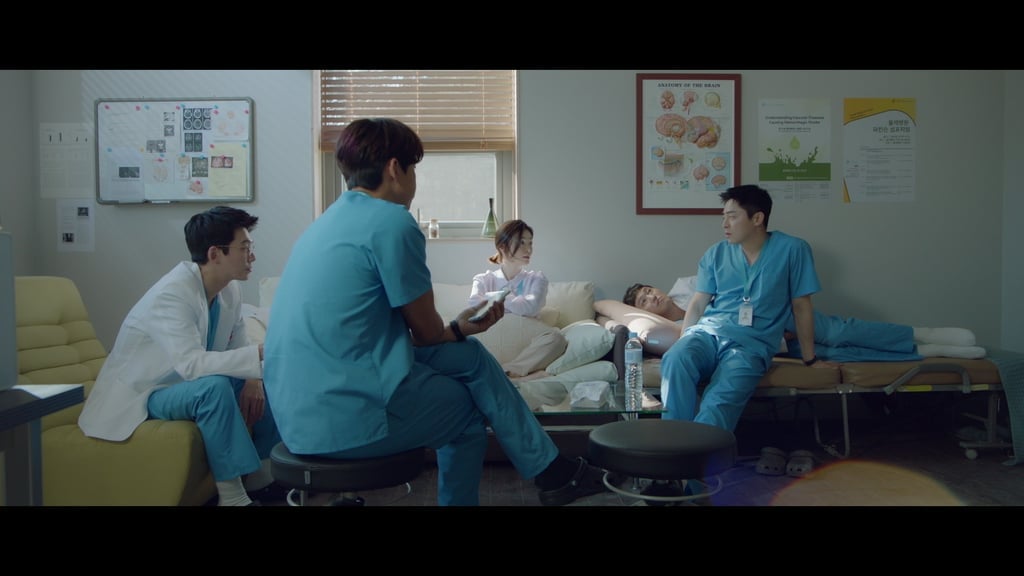 ‘Hospital Playlist’ is slowly progressing to give us deeper insights into the personal lives of its protagonists. In episode 5, which aired this week, we learned a tragic detail about Chae Song-Hwa and Lee Ik-jun. On the other hand, Yeong Seok-Hyeon deals with more complications and Ahn Jeong-won continues to try to convince his mum to allow him to study for becoming a priest in Italy. Kim Jun-wan gathers the courage and asks out Ik-jun’s sister on a date.

On the professional front, Ik-jun, Jeong-won, Seok-Hyeon, and Song-Hwa celebrate some moments of success at the hospital when they are able to cure some serious cases. However, things are not so good in the personal sphere. Ik-jun discovers that Seok-Hyeon’s father had executed an elaborate scheme to bend the rules regarding organ donation. Later, Seok-Hyeon gets a call from his dad’s mistress, who tries to convince him to get his mother to say yes to the divorce. When Seok-Hyeon does not agree, the lady gets furious and threatens him while citing his mother’s condition. Seok-Hyeon thinks about a way forward.

Ik-jun, meanwhile, comes to know that his ex, Go Ara is now a gorgeous, leading star in the entertainment world. Ara meets him at the hospital when she comes to admit her father. Jeong-won is trying to follow the footsteps of his elder brother and become a priest — but his mum won’t say the ‘yes’ word. Song-Hwa believes that she might be sick and upon checking herself, she discovers a lump on her chest. She is asked to get a biopsy done.

Well, that’s it. After delivering another fantastic story, the super-hit Korean drama is all geared up to release its next episode. Read on to know the airtime and streaming details of ‘Hospital Playlist’ Episode 6.

Hospital Playlist Episode 6 Release Date: When Does it Premiere?

The easiest and most feasible way to catch up on all the episodes of ‘Hospital Playlist’ is, of course, with a Netflix subscription. You can stream the already released episodes on the platform.

In episode 6, the story will continue to follow the stories of the characters from where they left off in the 5th episode. What will Seok-Hyeon do after he finds out about his father’s schemes and how will he tackle the dilemma surrounding his parents’ divorce? With Go Ara back in Ik-Jun’s life, will they give a second chance to their relationship?

But the biggest question is, what will Song-Hwa’s biopsy results reveal? She has not yet confided in her friends about her medical condition. If things turn for the worse, will she trust herself to reveal the issue before the other doctors? Tune in next Friday and find out for yourself!