When Does Hospital Playlist Episode 7 Come Out on Netflix? 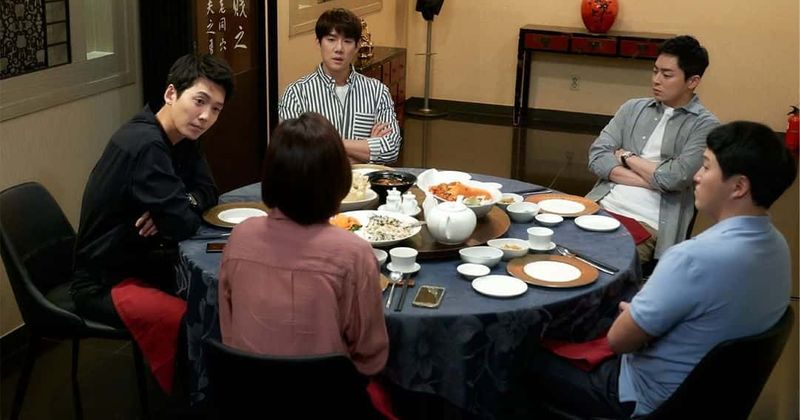 ‘Hospital Playlist’ continues to be strong in terms of ratings with each subsequent episode. This week’s episode 6 attracted an average viewership of 11.7%, which is a 0.4 point increase as compared to its predecessor. Even the series’ musical numbers are topping the charts in Korea — with the OST named ‘Aloha’ ranked as no. 1 after it was released in the show.

In the storyline front, last week’s episode brought a major reveal, with Song-Hwa awaiting the results of her biopsy. This week, we witness the characters again exploring different aspects of their lives. Ik-jun has the wrong notion that his sister Ik-sun is in a relationship with a guy currently employed under Song-Hwa.

But later, it is revealed that Ik-sun’s boyfriend is, in fact, Ik-jun’s own best bud, Jun-wan. Later, we see Ik-jun cooking a dish for his son and spending some quality time with the kid. His ex, Go Ara, has also made a comeback in his life and the interaction between the two is interesting to see.

Meanwhile, a resident starts showing interest in Seok-Hyeon. The mysterious woman eventually turns out to be his father’s mistress. On the other hand, a resident General Surgery doctor is falling for Jeong-won. Finally, Song-Hwa decides to tell her friends that she is waiting for her biopsy results. Of course, the entire gang ends up getting worried about her.

Toward the end of the episode, there’s a flashback where we learn how Ik-jun and Jun-wan had first reached Seoul. Ik-jun had wanted to tell something to Song-Hwa after getting to know her better but he decided to keep his thoughts to himself when Seong-Hyeok expressed his feelings for Song-Hwa and was rejected.

Well, that’s it. After delivering another fantastic story, the super-hit Korean drama is all geared up to release its next episode. Read on to know the airtime and streaming details of ‘Hospital Playlist’ Episode 7.

Hospital Playlist Episode 7 Release Date: When Does it Premiere?

The easiest and most feasible way to catch up on all the episodes of ‘Hospital Playlist’ is, of course, with a Netflix subscription. You can stream the already released episodes on the platform.

One of the arcs that need to be explored in episode 7 is the chemistry between Ik-jun and Song-Hwa. We can sense that he is still interested in his long-term friend and when she goes to collect her biopsy results from the hospital, he is seen waiting for her. Ik-jun was supposed to meet Go Ara for coffee but instead, he decides to be with Song-Hwa.

Yes, a beautiful romance appears to be brewing, which we expect to be covered in the next episode. Moreover, we still don’t know what the medical results hold for Song-Hwa. Does she have cancer? Tune in next week to find out!