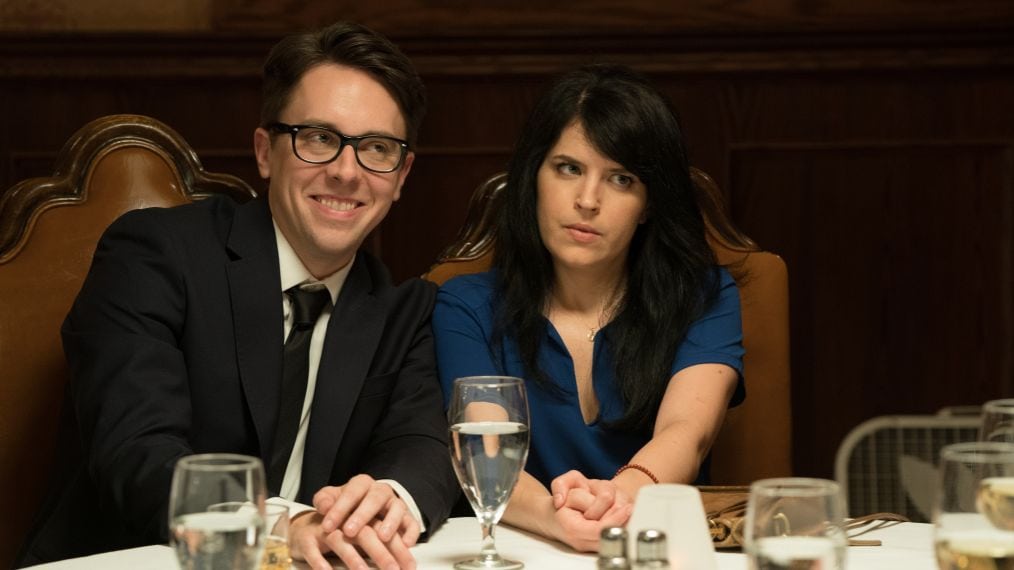 ‘Hot Date’ is an American comedy series that airs on the CBS-owned Pop TV channel. Created by comedians Emily Axford and Brian K. Murphy, the show sprang from the duo’s College Humor web series and chronicles the highs and the pitfalls involved in dating, sex, and marriage in the age of Tinder and similar dating apps.

While Axford and Murphy were both quite popular for their College Humor series, ‘Arrested Development’ star Will Arnett was really impressed by their videos on modern dating, and decided that they needed more outreach. Arnett, who serves as the executive producer of the show, commented on the making of ‘Hot Date’, saying, “Watching their College Humor videos, immediately I felt like they had a bigger comedic voice that kind of needed to be expanded and it quite literally just needed more airtime.” And so, ‘Hot Date’ was born, and Season 1 of the show, consisting of 10 episodes, premiered on November 8, 2017.

The first two seasons of the show has largely been received positively. Now the question is, will there be a ‘Hot Date’ season 3? We will delve into the question but first let’s look into the details of the show.

Hot Date Cast: Who is in it?

Co-creators Emily Axford and Brian K. Murphy, who have been married since 2014, both star in the show as exaggerated versions of themselves, playing the roles of Em and Murph, respectively. While Em and Murph are the two primary characters played by Axford and Murphy, they also step into the shoes of numerous other characters throughout the show.

They are joined by a long list of other cast members, some of who are Will Arnett as Sam Keurig, Kevin Pollak as Father, John Albaugh as Tucker, Carisa Barreca as Sue, Alison Becker as Libby, Joel Boyd as Bernard, Brooke Breit as Tawney, Bria Cloyd as Nikki, Brianne Fitzpatrick as Kara, Jon Gabrus as Luke, Patrick Gough as Travis, Terence Bernie Hines as James, and Alison Banowsky as Ivy. There are dozens of other cast members, so we aren’t going into listing them all.

If the show comes back for season 3, you can expect most of the main cast members to return.

Hot Date Plot: What is it about?

As the name of the show itself suggests, ‘Hot Date’ is a hilarious take on modern-day dating and relationships, and explores the highs and lows of dating in a world which has completely been changed by technology. The show combines sketch and a traditional narrative style, which allows Axford and Murphy to not only focus on Em and Murph’s relationship, but also allows them a free hand to step into the shoes of other characters who have their own dating problems.

Thus, apart from hilariously chronicling the progression in Em and Murph’s relationship, the show also addresses a variety of dating and relationship issues. From goof-ups involved in first dates, to hookups, to couples trying to spice up their sex lives, the show gives viewers a slice of everything from one-night stands to serious relationships.

While the first season of the show was set in Chicago and revolved around the dating scene there, the second season takes viewers to the city of New Orleans, where it focuses on the many eccentricities of dating in New Orleans. Additionally, the second season also revolves around Em and Murph, who plan to get married in the show, and have to navigate the many difficulties of taking their relationship to the next level. The second season was another hilarious foray into the world of modern dating and relationships.

As far as reception goes, ‘Hot Date’ has a particular appeal for youngsters who are navigating the complex world of dating and relationships, and it enjoys a good rating of 7.1/10 on IMDb. We don’t know what critics collectively think about the show as it does not have a score on review aggregator website Rotten Tomatoes.

Hot Date Season 3 Release Date: When will it premiere?

As far as the next season goes, we don’t have an official announcement yet. Though considering it is one of the highest rated shows on Pop TV, we would be surprised if it doesn’t get another season. If renewed, ‘Hot Date’ Season 3 can release sometime in September 2020. We will update this section as soon as we hear more.

While we wait for Pop TV to announce ‘Hot Date’ Season 3, here’s the trailer for Season 1 to give you a glimpse into this hilarious show.