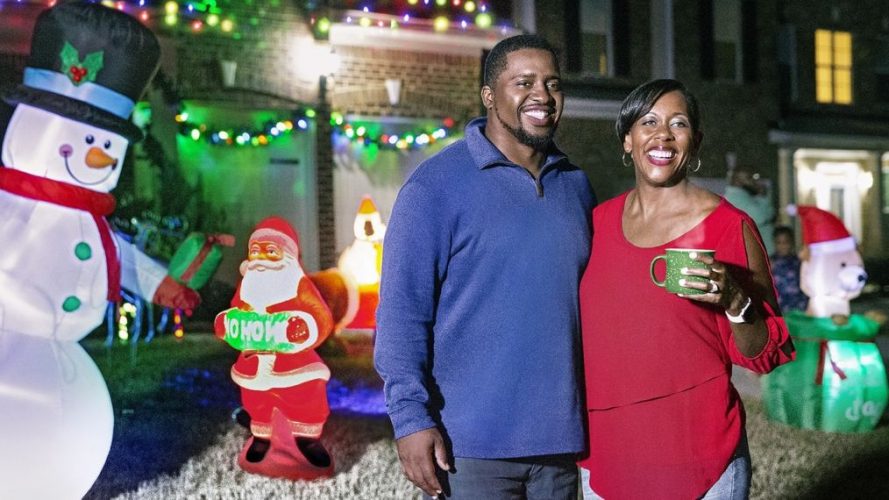 House Hunters: Home for the Holidays Cast: Who’s in it?

House Hunters: Home for the Holidays is hosted by Andromeda Dunker, who is working for the show since 2009, but she has only been heard, never seen. “Part of my job is to be in the background,” Dunker told about her work on the show. “I’m not really with you, but I am leading you through this journey as a narrator. That’s kind of how I see it. If I were to come out more as a personality of my own, then it kind of breaks it. I’m not sure it would work as well.”

For eight years, Dunker has given voice to over thousands of episodes for House Hunters series, becoming an integral part of HGTV. Her voice has soothed millions of people, not only during the show but also during their bedtime.

“A lot of people have told me that they watch it in the background or at night and it lulls them to sleep … I’ve had a lot of people tell me that I’m tucking them in at night or that I’m giving them a big hug.” She told Buzzfeed.

“I’ve remained in the shadows,” Dunker told. “The conventional wisdom for voiceover actors is you are kind of heard and not seen. It’s just kind of the way it’s always been. My first year [in 2009], we did not know there would be so many shows and spinoffs,” Dunker said. “There was only just House Hunters and House Hunters International at that time, and not every day like how it is now. There have been like ten spinoffs now. So I had no idea it was going to explode into this much work.”

Dunker was born in Connecticut. She moved to France with her family when she was 11, where she became fluent in French too, had already known English and Chinese. She got a call for an audition for the House Hunter and got selected. Dunker is an incredibly warm and friendly being, but she gets uncomfortable with the idea of self-promotion and was scared to speak to her first reporter. She lives with her husband Joshua Silwa, who is a photographer and meditation instructor, and two dogs Chloe and Sadie.

House Hunters: Home for the Holidays Plot: What is it about?

The show focusses on the buyers who wish to purchase a house during the Christmas holidays. Each episode describes different buyers, with different intentions, choosing a house which they think is perfect for them. The season is all about the search for a new place by eight families, to celebrate the most wonderful time of the whole year.

The show targets individuals, families, or couples who are looking for a new home with the assistance of real estate agents. Each episode features buyers who are given a choice of three properties. The buyers have to choose one among them, well suited with their personality before the episode ends. The show concludes with a glimpse of buyers living in their new home for a few weeks or months, where we can see them describing the alterations they have made and their life since they moved in their new home.

House Hunters: Home for the Holidays, started out as House Hunters, on 30 September 1999. The first had 26 episodes, each episode airing every week. The show has been renewed 172 times with different spin-offs.

House Hunters: Home for the Holidays Season 2 Release Date: When will it premiere?

House Hunters: Home for the Holidays premiered on November 27, 2018 on HGTV. The first season has eight episodes, with two episodes being released on the same day each week. The last two episodes aired on December 18, 2018.

As far as the next season goes, we don’t have an official announcement yet. Though considering the popularity of the show, we would be surprised if it doesn’t get another season. Obviously, since the show is holiday-centric, our best guess is that if the show does get renewed, House Hunters: Home for the Holidays season 2 can release sometime in November 2019. We will update this section as soon as we hear more.

Watch an episode from House Hunters: Home for the Holidays below to refresh your memories.