House of Payne Season 10 Episode 5: What to Expect? 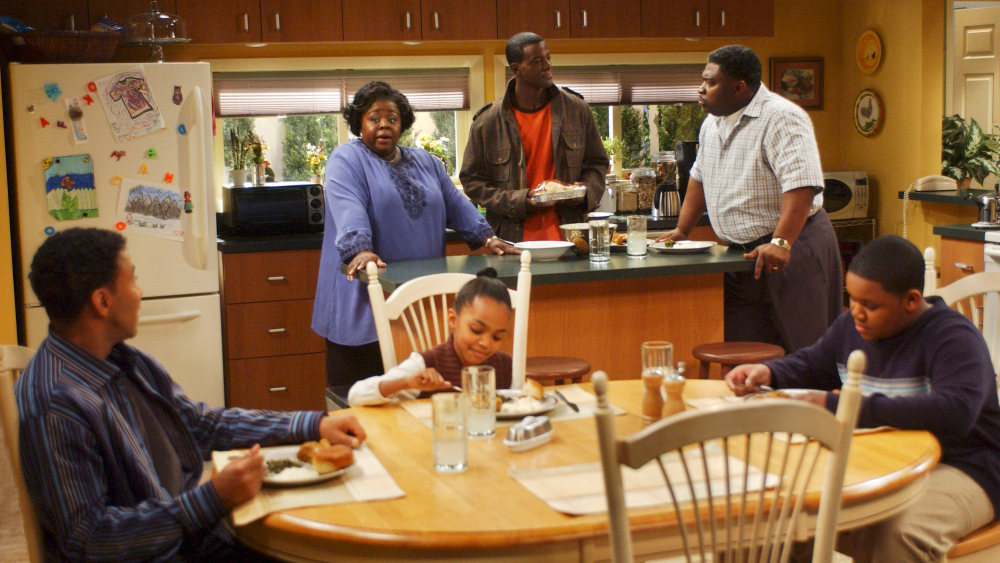 In the latest episode of ‘House of Payne,’ C.J. is nervous about getting an important surgery to fix his back. He would rather bask in the comfort of smelling herbs with medicinal properties. Floyd shows up to help the family who is making do without Curtis, who is off on a barbecue tour. If you skipped the original premiere, you could refer to the recap section. Now, to get you updated on the latest episode, here’s everything we know about ‘House of Payne’ season 10 episode 5!

Where to Watch House of Payne Season 10 Episode 5 Online?

You can catch the upcoming ‘House of Payne’ season 10 episode 5 if you tune in to BET at the aforementioned date and time. It is possible to stream the episode later on BET’s official website or BET+ (with a subscription). Fans can live-stream the show on DirecTV, Sling TV, Philo TV, Fubo TV, and YouTube TV. If you are subscribed to VOD services, you can buy/rent the episodes through iTunes and Apple TV. Amazon Prime Video users can add the BET+ package for $9.99/month after trial and then watch the series here on the streamer.

The fifth episode is titled ‘Sauce Bosses.’ In the episode, we might witness the family tackle a fresh pile of issues. Although the network has not released an official synopsis yet, we are certain that the episode will not stray afar from its usual display of light-hearted comedy and appetizing drama. From what we have observed previously, C.J. and Ella are the ones currently suffering from health issues. So we might see the others help them out or take charge of family duties. Curtis might also return from his seemingly lengthy tour.

In the fourth episode titled ‘Back That Thang Up,’ C.J. is reluctant to undergo a crucial surgery because of his lack of faith in the system. As a perennial victim of racism, he is scared to be vulnerable in a public institution. Meanwhile, Curtis has left for a barbecue tour which prompts Floyd to take care of the house. C.J. is still adamant about using herbs and other ulterior forms of treatment for his back as opposed to a surgery that would permanently rid him of the pain. Ella sends Calvin to fetch something from the car, but he shows up at a robbery site instead.

Someone broke into the car and stole everything inside. Floyd admits that he had left a crack in the window to let some fresh air in because C.J’s herbs were releasing a strong scent. But everyone seems to be blaming him for the accident. Later, C.J. gets a phone call from a friend who gets paralyzed because of his reluctance to seek medical attention. This motivates him to go for the surgery. In the end, Floyd gets his stolen tablet back, thanks to Laura, who used the location app to track it. The family also apologize to him for ganging up and giving him a hard time.