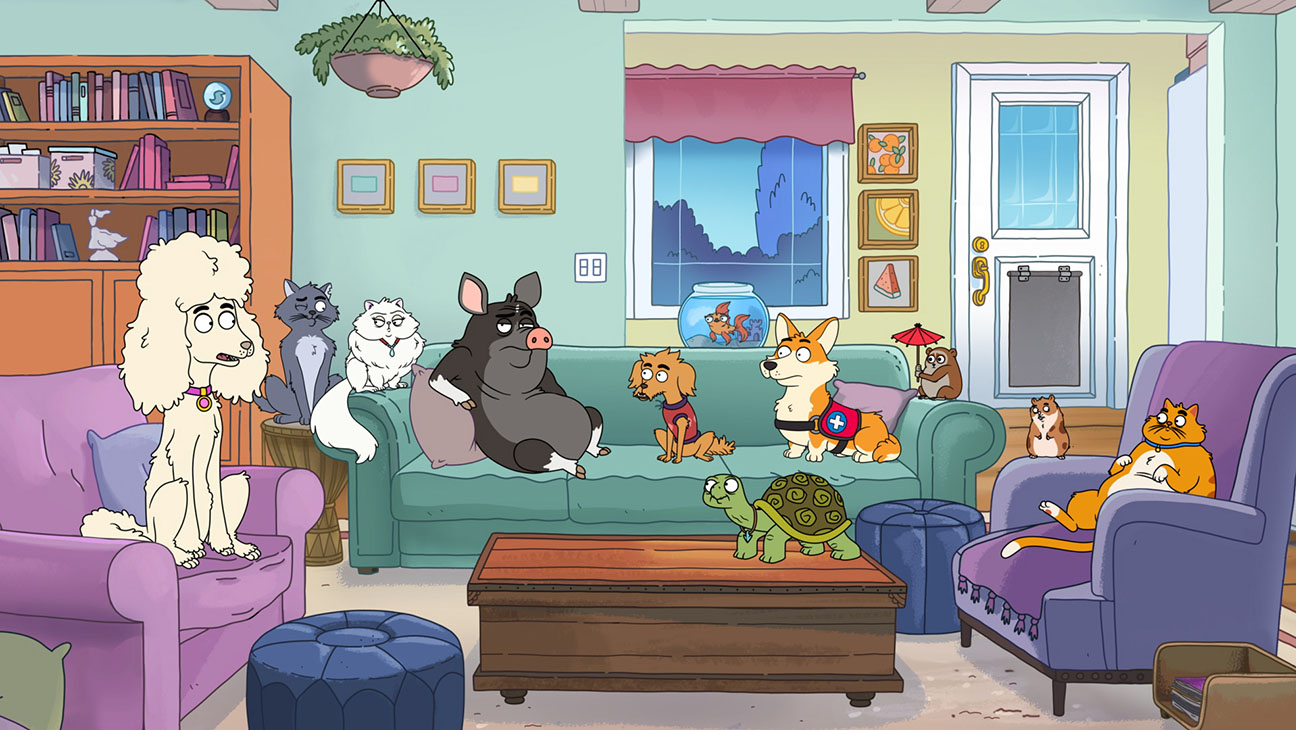 Created by Gabrielle Allan, Jennifer Crittenden, and Clea DuVall, ‘HouseBroken’ is an adult animated series that follows an anthropomorphic therapy dog called Honey. She runs a therapy group that includes pet and stray animals from the neighborhood. The series first premiered in May 2021 on Fox.

Some critics found the characters in the sitcom quite intriguing since they are more three-dimensional than they seem at first. However, most of them felt that the show is yet to find its comedic rhythm. Nevertheless, the clear animation and laid-back sense of humor make it a likable and undemanding watch. The series was mostly well-received by the viewers who particularly enjoyed the vocal performances. Naturally, the mixed response the show received is enough to get the fans worried about whether or not it will return with another cycle. So, we’ve got the latest information for you right here!

‘HouseBroken’ season 1 released on May 31, 2021, on Fox, with the cycle concluding its run on August 30, 2021. The freshman edition comprises 11 episodes that run for approximately 21 minutes each.

With regard to the second outing, you would be happy to know what we have found. On August 9, 2021, the series was greenlit for a new round. The news arrived the same day that the freshman edition resumed its run on Fox after a brief hiatus. Reports claim that the show’s viewership figures went up exponentially due to multiplatform viewing. The early renewal is expected to help the animated production stay on track for the release of the upcoming season.

Honey has a job to do, tonight and in the future. #HouseBroken will be back with Season 2 and peanut butter! @HouseBrokenFOX pic.twitter.com/eEDLvALKqU

As evident, Fox has been working on expanding its catalog of animated originals. The network co-produces shows such as ‘Duncanville’ and ‘The Great North,’ which have already been picked up for their third cycles. Taking into account that the team would require 8-10 months to finish production of the upcoming season, the fans can expect ‘HouseBroken’ season 2 to release sometime in Q3 2022.

HouseBroken Season 2 Voice Cast: Who can be in it?

The prominent voice cast members of the show are Lisa Kudrow (Honey), Clea DuVall (Elsa), Nat Faxon (Chief), Will Forte (Shel), Sharon Horgan (Tabitha), Jason Mantzoukas (The Gray One), and Sam Richardson (Chico). Tony Hale and Maria Bamford lend their voices to more than one character. While Hale is the voice behind Diablo and Max, Bamford voices Jill and Darla. So, we can expect almost all of them to reprise their voice roles for the new edition of the show. Moreover, we are bound to hear some fresh voices if new characters are introduced in season 2.

HouseBroken Season 2 Plot: What can it be About?

In season 1, Honey has a mid-life crisis, which eventually results in group therapy with the neighborhood animals. Honey’s marriage to Chief becomes a source of stress in her life, especially when she becomes obsessed with the idea of a “perfect couple.” On the other hand, Tabitha and The Gray One start a relationship, while Shel continues to struggle with his complicated romantic life. By the end of the season, Honey and Chief need help from the group as they find themselves in a deadly situation.

In the second outing, we might learn how the relationship between Honey and Chief changes after the events of the season 1 finale. Will Shel find some clarity in his romantic life? Honey and Elsa have a strained relationship, primarily due to the latter’s power-hungry nature. Whether or not their equation evolves in the upcoming cycle is something to keep an eye on. As per usual, season 2 will continue to shine a light on the animals in Honey’s therapy group and their unusual life experiences.

Read More: What is Lisa Kudrow’s Net Worth?