How the Universe Works Season 8: Everything We Know 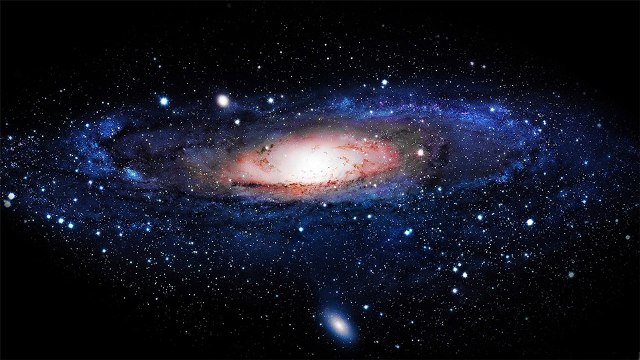 ‘How the Universe Works’ is a science documentary series that started its journey on television and premiered on the Discovery Channel on April 25, 2010. However, the show moved to The Science Channel from its sophomore season.

‘How the Universe Works’ can be called as a user guide for the common man wondering how cosmos exist and how the interstellar universe with the stars, planets and milky way work in union. The series also gives valuable information and details about comets, volcanic eruptions, asteroids and other galactic things that the common man does not read much about. It is as informative as it is entertaining and has managed to keep viewers engrossed over its seasons, thus gathering a loyal fan following among science enthusiasts.

The show has had a total of 7 successful season so far and is currently in the middle of its 8th season. Here’s everything we know about How the Universe Works season 8.

Who Narrates How the Universe Works?

Mike Rowe is the narrator of the show in season 8. He is known for his work on the Discovery Channel series Dirty Jobs and the CNN series Somebody’s Gotta Do It.

What is How the Universe Works about?

‘How the Universe Works’ is a user guide to all those who wonder how the galaxy works. The series gives a complete account of all the interstellar details like the planets, stars, moon and milky way and how they all work in unison. The series features the experts in the field like astronomers, astrophysicists and others who give complete information on how it is when you go beyond the atmosphere and into the vast expanse of space. Viewers also get to know facts behind various myths like the devastating effects of black holes.

What really stands out about ‘How the Universe Works’ is its ability to present this content in a manner that is accessible to laymen. Naturally, something like a black hole is theoretically fascinating but is also something that will not be comprehensible to those without the requisite learning. However, the show gets experts for this very purpose, as they painstakingly and fascinatingly explain the concepts behind these universal phenomena in a way that is sure to stick in the audience’s memory, while at the same time they do not feel intimidated by the studying that would actually be required into understanding such subjects on their own.

How the Universe Works Season 8 Episodes: Where to Watch?

‘How the Universe Works’ Season 8 premiered on January 2, 2020. Like previous installments, season 8 too is expected to last for 10 episodes and come to an end sometime in March 2020.

You can watch all the ‘How the Universe Works’ Season 8 episodes directly on Science Channel.

How the Universe Works Trailer:

Watch this clip below to get an idea of what the show is about.