How to Be a Cowboy Season 2 Release Date: Renewed or Cancelled? 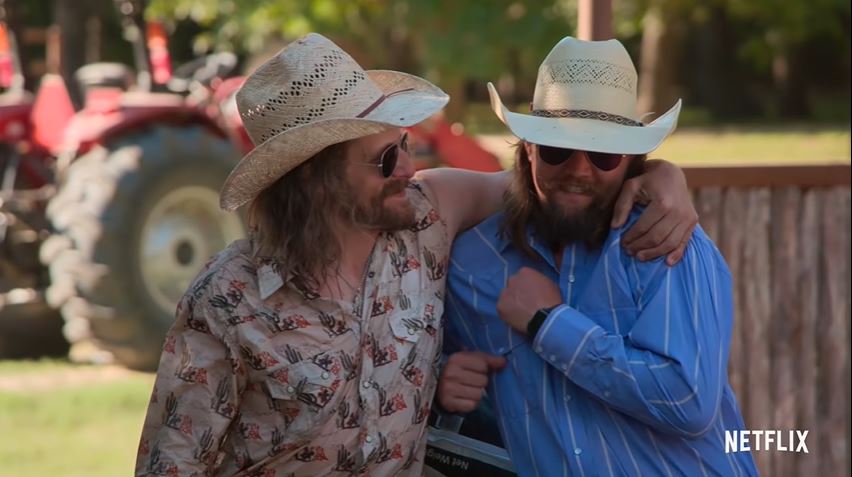 ‘How to Be a Cowboy’ is a Netflix original show that follows Dale Brisby – a professional bull rider, social media star, and entrepreneur – as he uses his rodeo skills and ranching experience to deliver lessons on, well, how to be a true American cowboy. He does this with the help of his Radiator Ranch team, which even includes youngsters who wish to learn how to lead such a countryside lifestyle.

All in all, it’s an educational yet goofy and feel-good series that is a must-watch for everyone, especially fans of cowboy-themed shows. If you’ve already binged the first season and are looking forward to more owing to its drama-less essence, here are all the details we have about ‘How to Be a Cowboy’ season 2!

How to Be a Cowboy Season 2 Release Date

‘How to Be a Cowboy’ season 1 released in its entirety on Netflix on September 1, 2021. The first season comprises 6 episodes of 20-26-minutes each. The show’s concept is such that it makes for an ideal downtime and relaxing watch.

As for season 2, Netflix has not made an official announcement regarding its renewal or cancelation as yet. However, considering the fact that Dale Brisby is himself a co-executive producer, and it’s his operating ranch that takes center stage to keep the cowboy traditions alive, there’s a high chance that he’d agree to a follow-up. Additionally, he said “season 1” a number of times in the original six episodes as well, which further suggests Dale’s willingness to go beyond.

Furthermore, the network recommissioning the show for season 2 largely depends upon whether the first manages to garner stable commercial success. If it does and the streaming giant greenlights the second season, we can probably expect ‘How to Be a Cowboy’ season 2 to premiere sometime in Q3 2022. Filming a new chapter would take a few months, and then there’s also the post-production aspect, so almost a year before we see more of these cowboys is to be presumed.

How to Be a Cowboy Season 2 Cast: Who can be in it?

The first season of ‘How to Be a Cowboy’ follows Dale Brisby and his crew at Radiator Ranch Cattle Company, specifically his brother Leroy Gibbons, lifelong cowboy Cheech “Jesiah Zapata” Nation, intern-turned-employee Donnie Ray Daytona, along with new intern and female bull rider Jorden Halvorsen. If there is a second season, we might see most of them once again.

We also expect new faces to make an appearance, primarily because Dale recently revealed that he hired half a dozen more interns since the filming of season 1 concluded. Either some of these six or any other combination of old and new employees at Radiator Ranch and Rodeo Time, mixed with the five cast members mentioned above, would probably lead season 2, which will follow the same format.

Read More: How to Become a Cowboy Intern at Radiator Ranch?