When Will How to Get Away With Murder Season 6 Return? 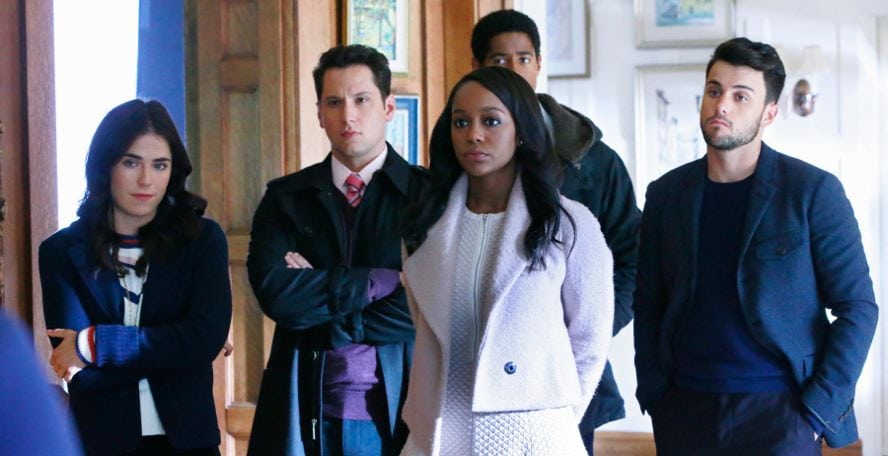 ‘How to Get Away With Murder’ is a critically acclaimed American drama television series that airs on the ABC network. Created by Peter Nowalk, the show focuses on a law professor who, along with five of her students, gets entwined in a murder case.

As far as the future of the show goes, fans should know that the sixth would be the last season of the show. While fans of the show are safe for now, the series could be heading towards its end soon.

“Deciding to end this series was a brutal decision, but ultimately the story tells you what to do – as it did here,” creator Peter Nowalk said. “For me, Annalise Keating’s journey has always had a clear ending.”

How To Get Away With Murder Cast

‘How to Get Away With Murder’ has an ensemble cast of some brilliant actors and actresses, and has quite a few main characters.

Leading the pack is Academy Award-winning actress Viola Davis, who stars as Annalise Keating, a law professor at the Middleton University. Playing the roles of her student interns Wes Gibbins, Connor Walsh, Michaela Pratt, Asher Millstone, and Laurel Castillo (called the Keating Five) are Alfred Enoch, Jack Falahee, Aja Naomi King, Matt McGorry, Karla Souza Respectively. After featuring heavily in Seasons 1 and 2, Connor Ricamora, who plays the role of Oliver Hampton, was also promoted to the main cast of the show is Season 3.

Apart from these characters, there are minor characters who make recurring and episodic appearances throughout the show. We expect all major cast members to make a comeback and reprise their roles for ‘How to Get Away With Murder’ Season 6.

What is How To Get Away With Murder About?

In the show, Annalise Keating is shown to be a prodigious criminal lawyer who is also a professor of law at the Middleton University in Pennsylvania. Brilliant, charismatic, creative, and passionate, Annalise shows no fear inside or outside the courtroom, and all budding criminal lawyers who have heard of her aspire to be her. Interestingly, Annalise does offer students a chance to work with her – every year, she takes five of the best minds to intern with her, and the show focuses on a particular batch of students which includes Wes Gibbins, Connor Walsh, Michaela Pratt, Asher Millstone, and Laurel Castillo. The students work with two of Annalise’s associates, Frank Delfino and Bonnie Winterbottom.

However, the internship turns nightmarish after a beautiful Middleton University co-ed student called Lila Stangard gets murdered, and Wes becomes entangled with his mysterious neighbor Rebecca Sutter, who is prime murder suspect. This murder case rocks the entire university, and another murder is committed by Annalise’s interns for reasons we are not revealing (we don’t want to spoil the intense suspense of the show). As the show progresses, Rebecca, too disappears, and the five interns must move on with their lives, despite reeling from the mysterious circumstances of Rebecca’s disappearance. However, unknown to the students, Annalise and Frank are aware of the fact that Rebecca did not disappear, but was actually murdered, and the duo try to get to the bottom of it. Things are further complicated when Annalise takes on two new clients, a brother-sister duo accused of killing their parents.

With each season of the show, Annalise and her students have to contend with their dark pasts, their secrets, and the murders they have masked. Further, each season generally sees Annalise taking up a new client, which builds on the events of the earlier seasons, and makes the show a complex, gripping one, that is bound to leave you addicted to finding out what happens next. Bringing the extremely well-written show to life are the powerful performances by the cast members, especially Viola Davis, who makes the dark, mysterious, and brilliant character of Annalise feel flesh-and-blood.

Each and every season of ‘How to Get Away With Murder’ has found immense favor among television critics, and the show has a brilliant average score of 93% on Rotten Tomatoes, with Seasons 4 and 5 enjoying perfect scores. Viewers, too, have been left hooked by the intense crime thriller, and the show enjoys a solid overall rating of 8.2/10 after over 100,000 votes on IMDb.

That’s not all. ‘How to Get Away With Murder’ has also been nominated for numerous awards, including the Golden Globe Awards, and has gone on to win several of them, including two Screen Actors Guild Awards, and one Primetime Emmy Award.

How to Get Away With Murder Trailer:

Here is the trailer for‘How to Get Away With Murder’ Season 6 to give you a glimpse into the intense drama that awaits this season.