‘Sing On!‘ is the Netflix show that has everybody talking. The karaoke competition sees amateur singers trying to perform some popular tracks. They are judged on their technical accuracies, but the actual progress in the contest comes via audience votes. Everybody tries to win the grand prize, but there are smaller rewards along the way as well. A lot of us dream of being on reality television, for money and fame. Those with skillsets are even more eager to test if they’re the best at a national level. Thus, we’ll walk you through how to sign up for ‘Sing On!.’ 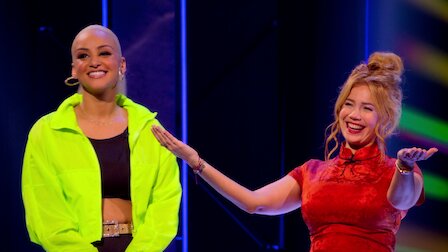 While the exact details of the sign-up process for ‘Sing On!’ remains unknown, you can always keep an eye out on the casting sites to see if auditions are held for the new season. Contrary to most people’s beliefs – that auditioning for a reality show is a once in a lifetime opportunity — it is actually a regular occurrence. Check out Backstage, Projects Casting, and Auditions Free, which have some major listings and should have ‘Sing On!’ on time.

Before you embark on the quest, you should follow some tips. A few of them are suggestions given by a former ‘OG American Idol’ participant, so you know they come from a place of experience. Firstly, you should stay healthy – physically and vocally. A competition is arduous, and your vocal prowess should remain consistent throughout. It can be arranged via rigorous practice. Even if you are naturally talented, getting professional training before the contest can be beneficial. After all, ‘Sing On!’ is also about the technicalities, which a pro could help you nail down.

Since being on the producers’ good books is essential to a contestant’s progress, it is best to be kind and courteous to everyone. Finally, knowing the lyrics of some pop songs is definitely beneficial for a better karaoke performance. In ‘Sing On!,’ contestants are promoted based on audience votes. Thus, only performances won’t matter. It would be best if you had a stage presence, like swagger, to draw in viewers and cement your position. In any television show, the contestant’s story matters a lot. It gives them an emotional angle and helps audiences resonate with them. Thus, it is best to deliver a straightforward narrative, where you’re sure of who you are, what sets you apart, and why you want to participate.

By keeping these tips in mind, you might undoubtedly get an edge over other amateur applicants. It is best to start practicing and keep an eye out on the cast call lists to find the right time for you to shine.

Read More: How to Sign Up For American Ninja Warrior?