How to Watch The Mandalorian? 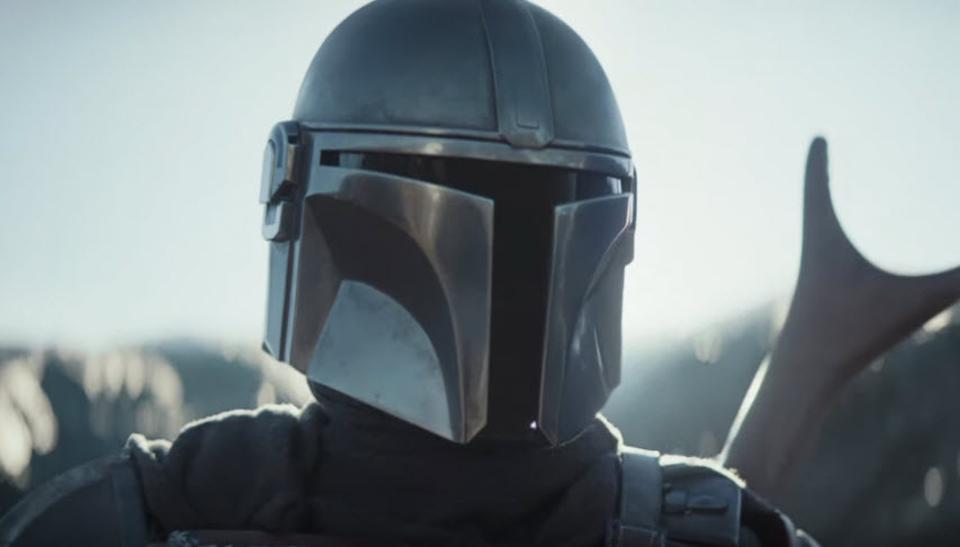 Cowboys in space might not be a thing, but ‘The Mandalorian’ is definitely trying to bring the wild West to the galaxy far far away. The space western is the latest series that promises to show us a side of the ‘Star Wars‘ universe that we have never seen before. Jon Favreau is the man behind the project, juggling various responsibilities. He is the head writer, creator, showrunner, and co-executive producer. The season has eight episodes, which are being helmed by a host of talented directors, including the likes of Taika Waititi, who has made his own mark with movies like ‘What We Do In the Shadows‘ and ‘Jojo Rabbit‘.

‘The Mandalorian’ follows the exploits of a titular Mandalorian bounty hunter who operates in the furthest reaches of the galaxy. It shows a society where authoritarian interference is minimum, mostly because they are so remotely located. Due to that, individuals are forced to take matters into their own hands. If someone has to be tracked down and brought in, they turn to the Mandalorian, who always delivers. It promises to look at the popular ‘Star Wars’ universe in a new light, doing away with grander battles, instead, focusing on small adventures which have far-reaching consequences.

If you are a ‘Star Wars’ fan, you must have been waiting for this series ever since it was announced, and even if you are not, this is not a show that you want to miss. Thus, we are here to tell you about where you can stream ‘The Mandalorian’, but first, let us walk you through the plot of the show.

What is The Mandalorian About?

The story of ‘The Mandalorian’ is set five years after the fall of the Empire that we see in ‘Return of the Jedi’. However, it takes place 25 years before the First Order is established, as witnessed in ‘The Force Awakens’. We follow the adventures of an independent Mandalorian bounty hunter who operates in the furthest reaches of the galaxy, well removed from the control and authority of the New Republic.

If the concept of a bounty hunter seems awfully familiar about ‘Star Wars’, you might be thinking of Boba Fett, the feared Mandalorian who started the fascination with this race in the first place. The new Mandalorian follows the feared footsteps of Fett and Jango and belongs to the warrior race, Mandalorians, who come from the planet of Mandalore.

As a bounty hunter, the Mandalorian is often tasked with tracking, confronting and bringing back various subjects. While some are willing to go back quietly, others put up a fight. Thus, the Mandalorian often ends up being caught in the middle of sticky situations. However, relying on cunning, composure, and swift trigger fingers, there is nothing that the Mandalorian cannot solve, be it with his words or guns. Perhaps that is why Pedro Pascal, who plays the character, has commented that the Mandalorian has a bit of Clint Eastwood in him.

The series itself sees the bounty hunter embark on various adventures, always out to make a profit. Tasked with various assignments, we see each episode bringing a new adventure for the skilled warrior, who is always looking for a challenge to push himself. Fett’s appearance gave rise to the curiosity to know more about this warrior race and the kinds of jobs they do. ‘The Mandalorian’ seeks to answer all that, putting questions and a very healthy curiosity to bed. Now, without further ado, let us tell you where you can stream ‘The Mandalorian’.

Where to Stream The Mandalorian Online?

If you don’t have subscriptions to Hulu, Netflix or Amazon Prime, there is no cause for concern. A new major player is in town. Yes, we are talking about Disney+, and ‘The Mandalorian’ is available for streaming on the platform. You can purchase your subscription at $6.99 a month, or $69.99 a year. Subscribe here.

Is The Mandalorian on Netflix?

Netflix has long enjoyed the top position as the premier content provider, but it is time for the platform to step up its game even more if it wishes to remain ahead of the competition. The best way to go about it is to add varying content that will appeal to and attract a wide range of viewers. ‘The Mandalorian’ is not available on Netflix but ‘Star Wars’ fans can check out ‘The Last Jedi‘ on the platform, which is yet another fantastic entry in the vast universe of galactic battles for power.

Is The Mandalorian on Hulu?

Hulu is an excellent platform to be a part of, mostly because the subscribers can access a library that is constantly evolving, trying to cater to all tastes, so everyone walks away happy. ‘The Mandalorian’ is not available on Hulu as is, but since it is a Disney offering, subscribers have the option to buy a bundle that will allow them to stream the show. Costing $12.99 a month, you can purchase a Hulu, Disney+, and ESPN+ bundle. Notably, the version of Hulu that you get with it, has advertisements. However, the bundle can only be purchased once Disney+ launches.

Is The Mandalorian on Amazon Prime?

Amazon Prime is a fantastic platform to be a part of, mostly because it offers a wide range of viewing options to the survivors, who are often spoilt for choice. Amazon Prime has long-held the distinction of being Netflix’s major competitor, but now, there is a new player in town. ‘The Mandalorian’ is not available for Prime subscribers, but you can watch ‘The Expanse‘ instead.

However, if you are an Amazon customer, you can get Alexa to play Disney+ content, including ‘The Mandalorian’ on your Amazon Fire Television sets or Amazon Fire tablets, which are compatible.

Can I Stream The Mandalorian Online For Free?

Freeloaders can indeed use Disney+’s trial period to watch ‘The Mandalorian’ for free, but there is a caveat. The show is not dropping all episodes at once, instead opting to drop them every week, which is unlike normal streamers. Thus, your week-long trial period won’t allow you to watch ‘The Mandalorian’ right now. Of course, you could wait till the show finishes airing and then stream it together for free.

That being said, Disney is very concerned about viewers not paying for their content, and we would like to urge our readers to pay for all the content they consume.