Will There be a Hubie Halloween Sequel? 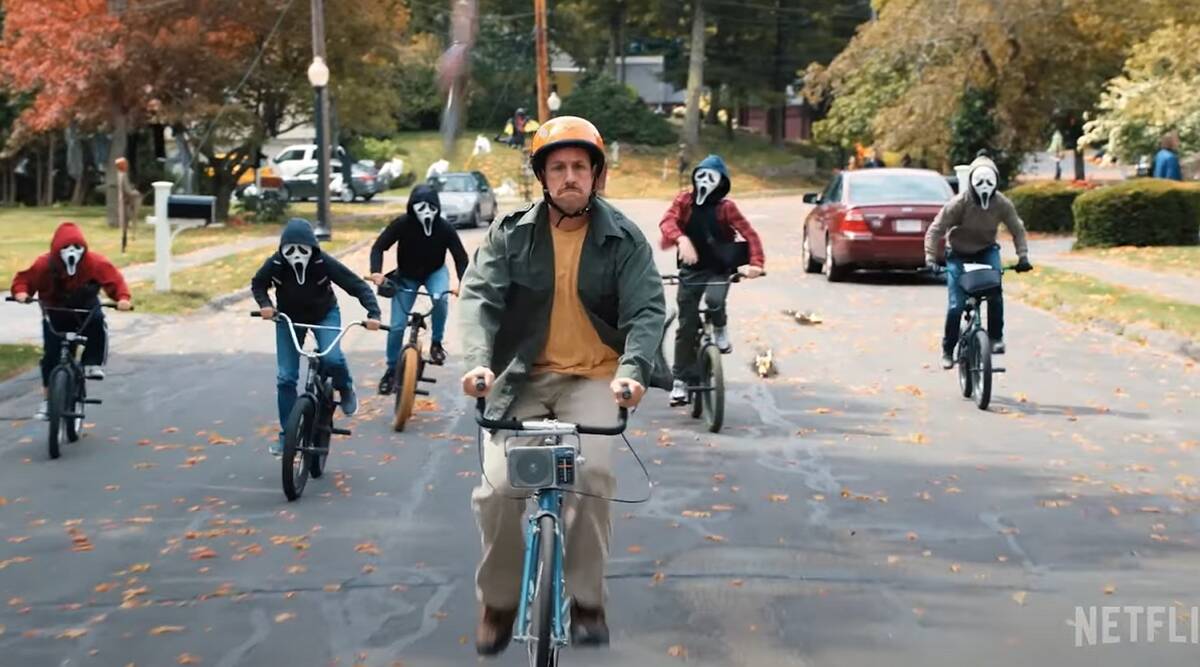 ‘Hubie Halloween’ is a horror-comedy that stems from a collaboration between Adam Sandler and Netflix. In the movie, the acclaimed actor and comedian stars as Hubie Dubois, a kind-hearted but much-berated man who just wants to ensure that the residents of Salem have a safe and fun Halloween. It is Adam Sandler’s comedic style that makes ‘Hubie Halloween’, a great film to watch. So, if you’re wondering whether a ‘Hubie Halloween’ 2 will be gracing our screens anytime soon, then we have got you covered.

‘Hubie Halloween’ released on October 7, 2020, on Netflix. The film opened to decent reviews, with the praise primarily aimed towards Adam Sandler’s energetic performance and the eccentricity of the plot.

As far as a sequel is concerned, here’s what we know. Sandler’s production company, Happy Madison, had signed a deal with Netflix in January of 2020 for four more films after the huge success of his movies – ‘Murder Mystery’ and ‘Sandy Wexler.’ Ted Sarandos, Netflix’s Chief Content Officer, stated, “Whether you know him as Sandman, the Water Boy, Billy Madison, Happy Gilmore, Nick Spitz or simply Adam, one thing is clear: our members can’t get enough of him.”

Ted continued, “They love his stories and his humor, as we saw with ‘Murder Mystery.’ So I could not be more excited to extend our partnership with Adam and the Happy Madison team and deliver more laughs around the world.” Given this information, there is a high chance for a sequel to be greenlit by the streaming giant. If and when that happens, we can expect ‘Hubie Halloween 2’ to premiere sometime in 2022 at the earliest, only on Netflix.

Hubie Halloween Sequel Cast: Who is in it?

The movie features an ensemble cast working together with Adam Sandler’s character Hubie Dubois. It comprises Julie Bowen as the love interest, Violet Valentine. She is a foster mother to three children – Tommy, Danielle, and Cooky. Noah Schnapp, Sadie Sandler, and Sunny Sandler play these roles, respectively. Moreover, June Squibb stars as Mrs. Dubois, Hubie’s mother. Apart from June Squibb’s character, we can expect most of the cast members to reprise their roles in the sequel.

On the other hand, there are many characters in the film that do contribute heavily to the plot. But we don’t necessarily see them making a comeback in the sequel as they are very plot-centric. Some examples are Kevin James as Officer Steve Downing, Maya Rudolph as Mrs. Hennessey, Karan Brar as Mike Mundi, Steve Buscemi as Walter Lambert, and Rob Schneider as Richie Hartman. However, we won’t be surprised if Adam decides to bring them back for a sequel, albeit in different roles.

Hubie Halloween Plot: What can it be About?

Despite being a quirky individual with a pure heart, Hubie Dubois is bullied by everyone in Salem. In fact, no one takes him seriously at all. Notwithstanding all the mistreatments, he puts his best foot forward to ensure that things are proceeding smoothly on Halloween. But one day, a mysterious man named Walter Lambert becomes Hubie’s neighbor. Walter tells Hubie to ignore any weird sound that may come from his house. Apart from this, Richie Hartman has also recently broken out of a psych ward. Officer Downing finds out about this and tells Hubie to keep a lookout. Then, people start mysteriously disappearing around town.

Initially, it seems as though Violet Valentine is the one responsible for these kidnappings. But when the police trace a burner phone number that DJ Aurora gave Hubie, the truth is revealed. It is actually Mrs. Dubois who orchestrated the crime as a way to stand up to the bullies on behalf of her son. In the end, Hubie is a happy man who is now with Violet. Her three foster children also call him dad. The cherry on the cake is that Hubie has finally become the Mayor, and at last, has been awarded the respect and recognition he deserves for his devotion to the town.

Given how the film ends, it is safe to assume that Halloween will not be used as the backdrop for the sequel. After all, Hubie has already saved this holiday. Furthermore, given his new position in society, we can expect the protagonist to continue helping others in the community through proper policies. It could also be a possibility that his children have a more significant role in the next movie. We might also get to see the family working with the same vigor to continue serving the public during other festivals.