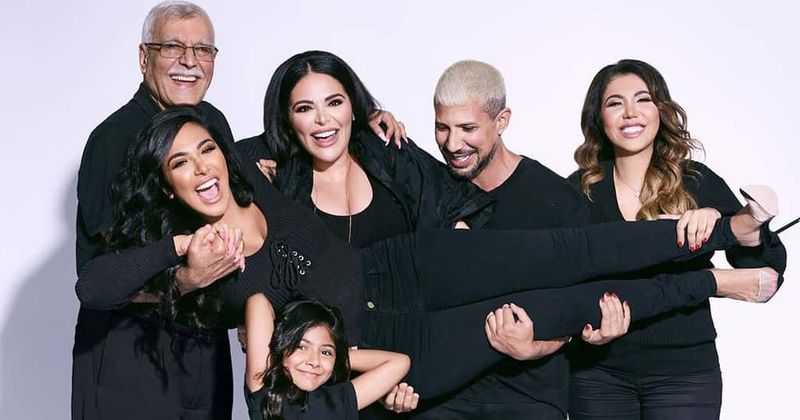 ‘Huda Boss’ is a reality web television series that airs on Facebook Watch. It follows the ups and downs in the personal and professional life of celebrity makeup artist and beauty blogger, Huda Kattan and her family.

The first season of the show, which premiered in June, 2018, received tremendous response from viewers. As a result on the show was renewed for a second season, which premiered in August, 2019. Now, the big question is, will there be a ‘Huda Boss’ season 3? We will delve into that question, but first let’s quickly look into the details of the series.

Huda Boss Cast: Who is in it?

‘Huda Boss’ chronicles the life of Huda Kattan, the founder, and CEO of the international, Dubai-based cosmetic brand, Huda Beauty. She is a beauty blogger and makeup artist, who runs a family-owned company with the help of her sisters, Mona and Alya, and her husband Chris. Mona Kattan is the global president of Huda Beauty. Alya Kattan is the Chief Instagram Officer of Huda Beauty and Christopher Goncalo is credited as the COO.

We expect Huda and all her family members to be back for season 3.

Huda Boss Plot: What is it about?

‘Huda Boss’ lends an unfiltered, raw look into the life of Huda Kattan, the founder of the iconic beauty brand, Huda Beauty. It chronicles what it takes to transform a company into an international makeup empire. Alongside her journey, we get to witness how her sister Alya handles the social media platform (Instagram), which is such an important aspect of any global name. The series highlights the importance of online presence and content and its role in forwarding the brand’s growth. We also meet Mona (her second sister) and Chris, who guides his wife through maintaining the ideal balance between work and family.

Season 1 of ‘Huda Beauty’ begins by narrating the events that led Huda to cancel the launch of her concealer since its quality was not up to the mark. Further episodes chronicle Mona’s single life and Huda’s struggles with making time for her family.

Season 2 follows Huda and her crew as they plan to release their latest product — an eyeliner. Huda wants to create an eyeliner that the world has never seen before. She is quite optimistic and her goal is to create the perfect eye product that can withstand even a dive in the ocean!

The season then progresses to Mona making an announcement about her engagement. We get to meet her finance Dominic Nowell-Barnes (Dom). After meeting on Tinder, the couple has been dating for eight months now and Mona is simply elated. However, Huda does not seem to approve of the relationship since she thinks that it is moving at quite a fast pace. Alya does seem excited but advises her sister to take it slow with the wedding. Moreover, Chris is seen having a discussion with Huda about their poor price margins. According to him, the figures are depressing and Huda should take control of the situation. On the other hand, Huda, who is more concerned with the formulation and development of her products rather than business management, now seems quite disturbed after getting the news. As the episodes unfold, we get to see what decision she makes to save her brand from impending doom.

Huda Boss Season 3 Release Date: When will it premiere?

After Facebook Watch’s most popular original, ‘Ball in the Family‘, ‘Huda Boss’ is a wonderful addition to the platform’s slate of unscripted programming. As Huda and her team strategize the brand’s expansion into multiple other countries, we bet that this show, which aims to chronicle their extended journey, has a long way to go. Hence, another season, according to our best guess is definitely in the making. If renewed, you can expect ‘Huda Boss’ season 3 to release sometime in August 2020.

Here’s the official trailer for season 2.