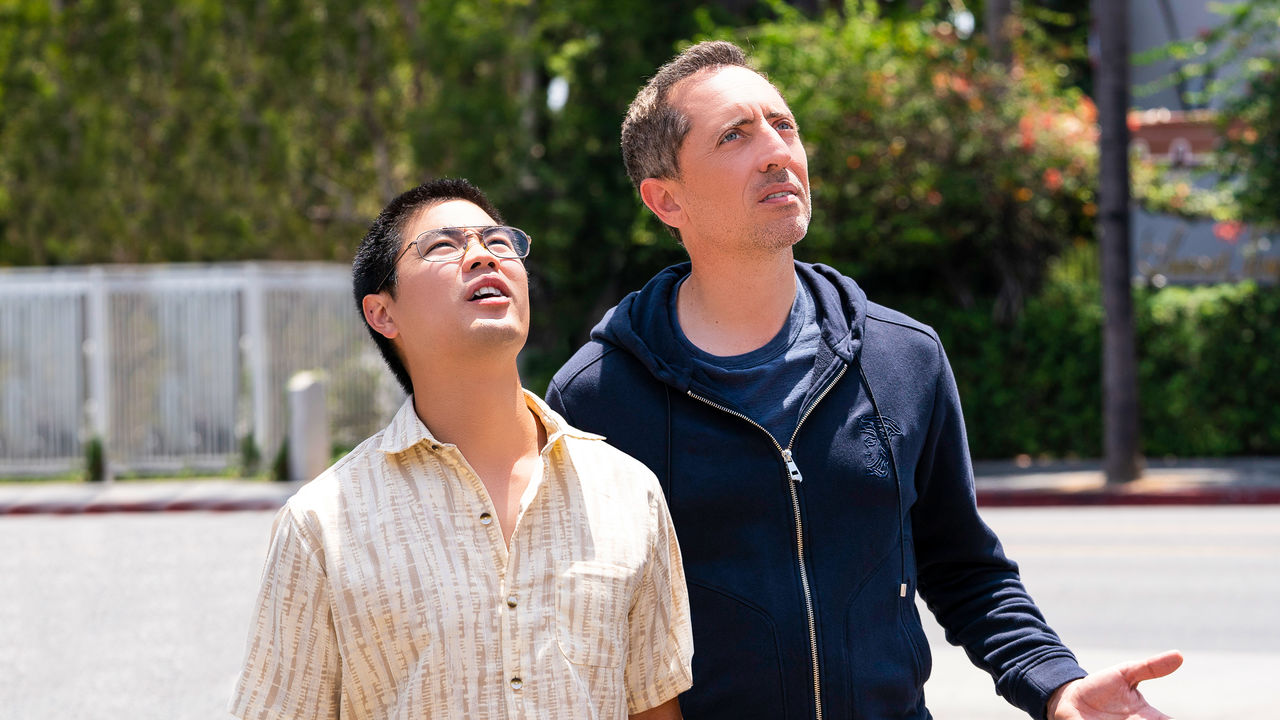 ‘Huge In France‘ is a comedy show that is partly based on famous French comedian Gad Elmaleh’s life. In addition to being the co-creator of the series, Elmaleh also stars in the lead role-playing himself. The show is about Gad give up his life of fame in France and relocating to America to reconnect with his son who does not have any interest in him. The show is semi-autobiographical considering the fact that Elmaleh also shifted his residence from France to New York in his real life.

Elmaleh, who is mainly associated with TV and stand-up, has also appeared in minor roles in films like ‘Midnight In Paris‘ (2010) and ‘Coco’ (2017). We have also seen him as the cook of Al Pacino’s character in the 2011 comedy flick ‘Jack & Jill’.

When Elmaleh first came to America, he started out in small pubs and bars, and later moved on to appear on bigger venues and shows like ‘Late Night With Stephen Colbert’. In France, he is popularly known as “The Seinfeld of France” after the famous American comedian Jerry Seinfeld. The French government has also honored him with the title of Knight of the Order of Arts and Letters. However, it must be mentioned here that earlier this year, there was a huge controversy around Elmaleh when someone posted on YouTube how the French comedian stole jokes from other comics like George Carlin. The YouTuber had uploaded both videos using a split-screen and the jokes are almost word-by-word similar to each other.

Huge In France Cast: Who is in it?

Elmaleh plays the leading role in the show. His son lives in Los Angeles with his mother when one day Elmaleh decides to give everything up and move to France. It comes as a surprise to his former wife and his son, none of whom have too much affection for him. Besides Elmaleh, Scott Keiji Takeda plays Brian Kurihara, who is the first acquaintance Elmaleh makes in Los Angeles.

Huge In France Plot: What is it about?

‘Huge in France’ is a semi-autobiographical story based on the life of Gad Elmaleh. After being trapped in super success and fame in France, he decides that his life does not have the fulfillment that he wants and thus decides to give up everything he has and go live with his son. However, Elmaleh’s son does not live in France. He lives in Los Angeles with his mother and her new boyfriend Jason. Luke makes it very clear to him from the beginning that Gad is only his biological father and he considers Jason his true father.

While Gad is small and timid, Jason is a complete hunk with a ripped body who takes Gad’s son to the gym and they train together every day. Luke completely adores and worships Jason. Gad feels he has to win the love and admiration of his son but is not sure how we could ever compete with Jason. When Gad announces to his son that he has given up comedy altogether, the son says it is a good decision because he hates comedy. Even Jason chips in, saying that the world is a far too serious place to be indulging in comedy.

Gad’s greatest challenge is that he is virtually unknown in the US, so his celebrity status that he enjoyed in France is nowhere to be found. Everyone including the airport security personnel makes it clear to him that it does not matter to them if he is a big deal in France because he’s clearly a nobody in the United States. Fed up he takes the help of Brian Kurihara, a big-shot in show business, to impress his son.

It’s interesting to see how Gad manages to perform in a completely different language than what he is used to. In real life, Gad has done an American tour called ‘Oh My Gad’, and for his English shows, he strictly sticks to the script.  Whether ‘Huge in France’ comes close to being loved as much as shows from stand-up comedians like Jerry Seinfeld‘s ‘Seinfeld’ and Ricky Gervais‘ ‘The Office’ only time will tell.

After months of anticipation, season 1 of Huge in France finally premiered on April 11, 2019 on Netflix. The show has a total of eight episodes, all of which were dropped on the same day.

As far as the next season goes, we don’t have an official announcement yet. Though a lot will depend on how season 1 is received. Our best guess is that if the show does get renewed, Season 2 of Huge in France can release sometime in April 2020. We will update this section as soon as we hear more.

Here’s a Netflix trailer that gives you a glimpse into what the show is all about.