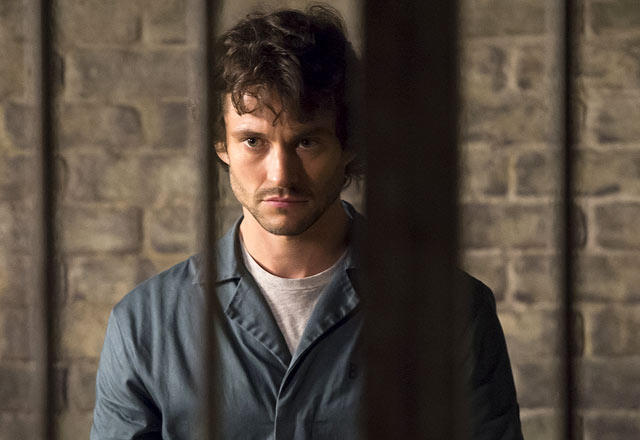 Hugh Dancy has soulful blue eyes that leave two holes straight in your hearts. Dancy is the darling of his generation for more than one reason. The English actor was born in Stoke-on-Trent, Staffordshire. After the primary education at Edenhurst Preparatory School, Dancy joined Winchester College at the age of 13. His first tryst with acting was an accidental encounter. “I was as rebellious as one can realistically be in a traditional boarding school without being thrown out, which is not that rebellious”, he once said.

The young Dancy was sent to attend a theater workshop as a disciplinary action for misbehavior in the school premises. “A series of things, you know – smoking, drinking and generally messing around”, he said. But the experience planted the seed of passion for acting in the teenager’s mind. The thrill and excitement of that first experience prompted him to choose acting as a profession.  After graduation, Dancy moved to London in search of more roles. But he had to work as a bartender and a waiter to make both ends meet. Accidental encounters again played a crucial role in his life when he met casting director Ros Hubbard and agent Dallas Smith at the cafe. The contacts led him to his first breakthrough.

Dancy made his acting debut in 1998 with guest roles in the series, ‘Trial & Retribution’ and ‘The New Adventures of Robin Hood.’ He managed to play a character that appeared in two episodes of the series ‘Dangerfield.’ In the same year, he played the character of Danny in the popular television show, ‘Cold Feet.’ Dancy made his presence felt with the role in one episode of ‘Kavanagh QC’ even in the struggling phase. In 2000, he got two major characters in two TV movies, ‘David Copperfield’ and ‘Madame Bovary.’ The actor also played a key role in the theater production ‘To The Green Fields Beyond.’

Dancy got his second breakthrough in 2001 with the Ridley Scott film ‘Black Hawk Down.’ His portrayal of the role of Ranger medic Kurt ‘Doc’ Schmid earned him critical praise. The actor dedicated himself to perfecting the role. He reportedly underwent rigorous training at the Fort Benning Ranger boot camp in Georgia with Ranger medics in real combat scenarios. The hard work paid well when the actor landed more ambitious roles after the success of ‘Black Hawk Down.’ He appeared as the character of D’Artagnan in the movie ‘Young Blades’. His major works during the first half of the 2000s include ‘Daniel Deronda,’ ‘Tempo,’ ‘The Sleeping Dictionary,’ ‘Ella Enchanted,’ ‘King Arthur,’ and ‘Basic Instinct 2: Risk Addiction.’

In 2006, Dancy played the role of Earl of Essex in the television series ‘Elizabeth I.’ His stunning performance garnered widespread critical acclaim and accolades like Primetime Emmy and a Satellite Award. Dancy emerged as a prominent actor in 2007 with back-to-back movies like ‘The Jane Austen Book Club,’ ‘Evening,’ ‘Savage Grace’ and ‘Blood & Chocolate.’ His next breakthrough came when he was cast in the 2013 NBC television series, ‘Hannibal.’ The actor earned widespread popularity and fandom for his portrayal of the FBI Special Agent Will Graham. Based on the 1981 novel ‘Red Dragon’ written by Thomas Harris, ‘Hannibal’ went on to become one of the best television series of the decade and gained numerous award nominations. Danish actor Mads Mikkelsen played the titular role of ‘Hannibal’ in the series. “Harris invented the serial killer genre single-handedly”, Dancy said. “We’re trying to be faithful to the books, which are brilliant.”

The phenomenal success of ‘Hannibal’ landed Dancy more roles in television and films in the years that followed. He played the lead role in Sean Durkin’s ‘Martha Marcy May Marlene’ alongside Elizabeth Olsen in 2011. Dancy was keen to avoid stereotyping after the success of ‘Hannibal.’ So, he picked up low-budget, indie flicks which offered him diverse roles that pushed his boundaries as an experimental artist further. At this point you might be wondering what is the next Hugh Dacy movie or TV show? Well, here’s the list of upcoming Hugh Dacy films and TV shows scheduled to release in 2019 and 2020. We can only hope that the latest Hugh Dacy movies would be as good as some of his recent ones. 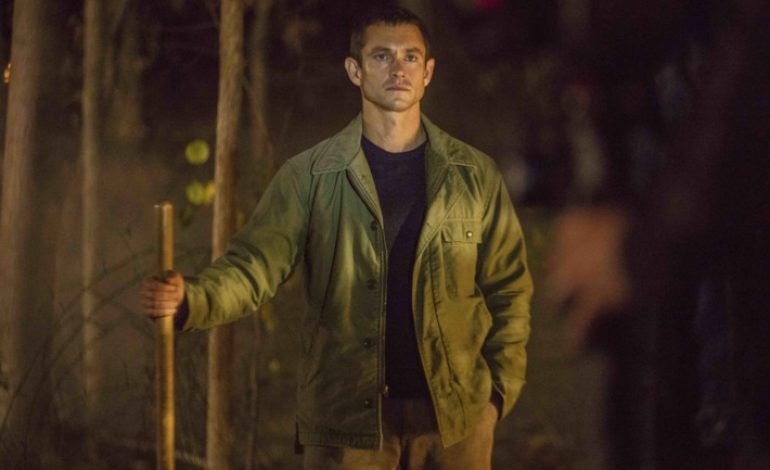 ‘Late Night’ is an upcoming writers’ room drama exploring racial and gender issues prevailing in 21st century America. The plot centers on the celebrity television show host Katherine Newbury (played by Emma Thompson), who is haunted by the declining popularity of her late-night talk show. She is in a desperate search to revive her show in the slew of new television shows and young anchors. When the Indian-American newbie writer Molly Patel (played by Mindy Kaling) joins the firm, Newbury finds it as a golden opportunity to reboot her dying show. She decides to play the diversity card to change the image of her show by bringing in Molly as a crucial member of her team.

Meanwhile, Molly struggles hard to fit into the intimidating work environment dominated by white, male patriarchy. Newbury acts like a woman dictator in the writers’ room. She assigns numbers to the team members because she finds it too boring to call them by their names. Hugh Dancy plays the role of Charlie Fain in the film. The other cast members are John Lithgow, Amy Ryan, Reid Scott, Max Casella, John Early, Denis O’Hare, and Ike Barinholtz. ‘Late Night’ is directed by Nisha Ganatra from a script by Mindy Kaling, who also serves as a producer in association with Howard Klein, Imperative Entertainment and FilmNation Entertainment. The movie hits the screens on June 7, 2019.