Humankind: Everything We Know 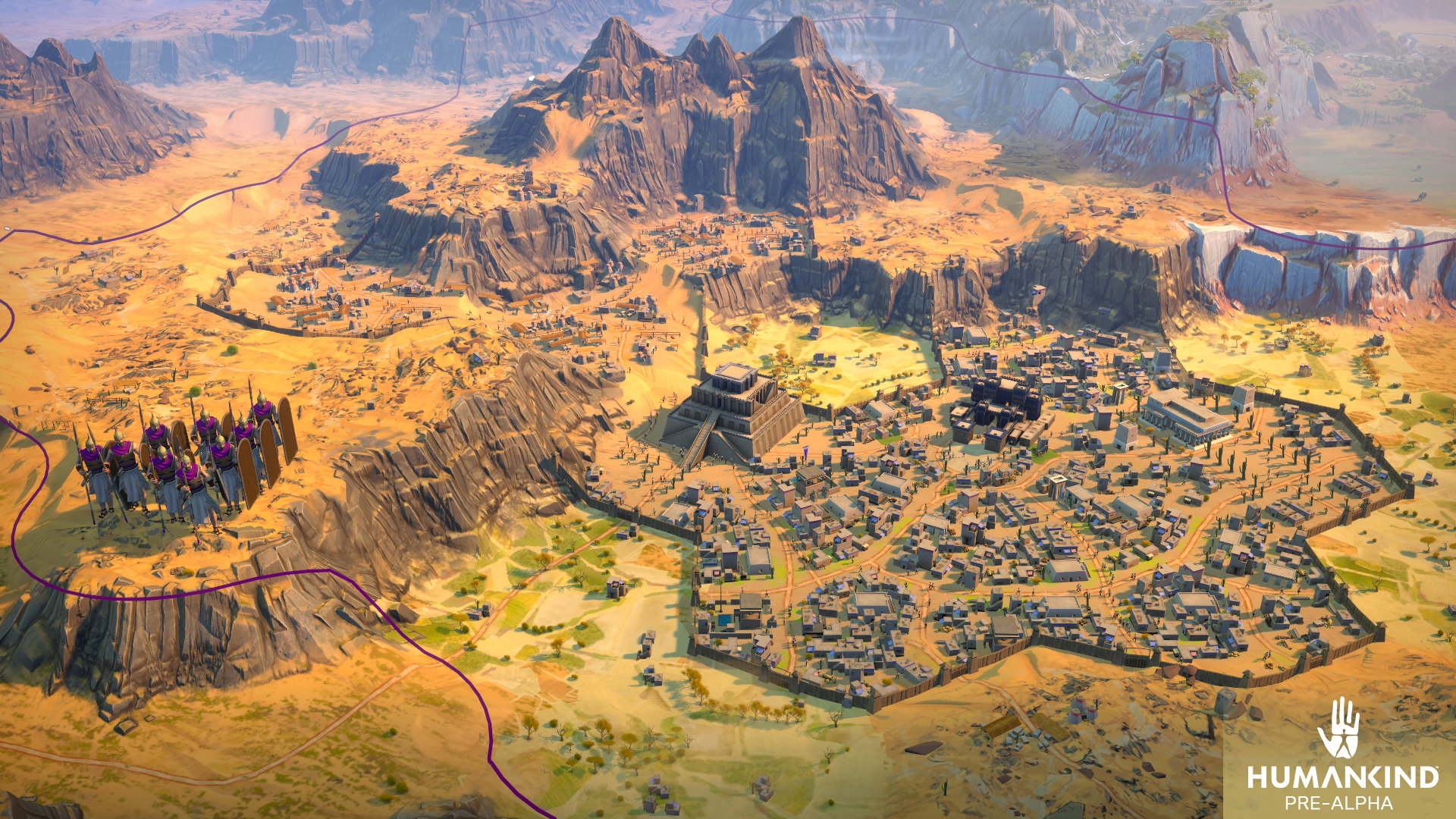 Rarely can you find a franchise in video gaming as dominant, in its genre, as Sid Meier’s ‘Civilization’ series. While even industry behemoths like ‘Call of Duty’ face stiff competition from the likes of EA’s ‘Battlefield’, and the countless stream of endlessly popular battle royale games such as ‘Apex Legends’ and ‘PlayerUnknown’s Battlegrounds’, when it comes to 4X turn-based strategy, nothing has really come close to the ‘Civilization’ series during its nearly three-decade-long history.

The quest to dethrone ‘Civilization’ from the top is indeed a lofty one, but Amplitude Studios and Sega are going to take a shot at it with their upcoming historical turn-based strategy game ‘Humankind’. Despite its striking similarities to the ‘Civilization’ series itself, the new game seems to be doing enough to differentiate and possibly even surpass the grandfather of the 4X turn-based strategy. Read on to find out everything we know about the upcoming game ‘Humankind’.

Humankind Gameplay: What to Expect?

While competing with ‘Civilization’ is a tall order, ‘Humankind’ certainly has the pedigree to do that, given that is being developed by Amplitude Studios, the same developer who is behind the highly-rated 4X strategy games such as ‘Endless Legend’ and ‘Endless Space 2’. Besides ‘Civilization’, ‘Humankind’ is also set to borrow several gameplay elements from ‘Endless Space’, but trading in the fantasy setting, for one more tethered in actual human history.

The Steam page for the game describes it as follows:
“HUMANKIND is Amplitude Studios’ magnum opus, a Historical Strategy game where YOU will re-write the entire narrative of humankind – a convergence of culture, history, and values that allows you to create a civilization that is as unique as you are. HOW FAR WILL YOU PUSH HUMANKIND?”

In ‘Humankind’, you start off in control of your own civilization in the prehistoric era. You must set about exploring your immediate area and find a suitable spot to build your first city. You grow food and gather resources to build up your economy and wealth, which is useful for expanding, setting up new cities, building up armies for protection or aggression, and in science and research.

‘Humankind’ will feature six unique ages that the player civilization can progress through, ranging from the Bronze Age to a modern Space Age. To enter a new age, a certain threshold of technology and development needs to have been surpassed.

However, ‘Humankind’ seeks to differentiate itself from ‘Civilization’ right off the bat by specifically (and somewhat ironically) focusing on the “Civilization” part of their civilization-building strategy game. While games like ‘Civilization’ let you choose one real historic civilization at the start, and lock you into it for the rest of the playthrough, ‘Humankind’ features evolving and customizable civilizations.

At the dawn of each age, you can choose one of ten different cultures offered to you. Each culture brings “its own gameplay layer” by assimilating characteristics of the new culture into your pre-existing one, thus creating an entirely new civilization. As the game’s webpage so prominently points out, ‘Humankind’ can feature up to 1 million unique civilizations due to this system.

Another supposed improvement over ‘Civilization’ is how ‘Humankind’ handles city building and development. Instead of a small hub placed in the center of your city area, ‘Humankind’ will allow you to build large, district spanning megacities, with each development throughout history leaving its own mark on the city canvas.

The victory condition in ‘Humankind’ is also something of its own. Instead of measuring individual parameters such as technological prowess, domination by expansion or cultural influence, the victor in a game of ‘Humankind’ is the player who has the most Fame at the end of it all.

Developer Amplitude describes Fame in the following manner: “every great deed you accomplish, every moral choice you make, every battle won will build your fame and leave a lasting impact on the world.”

This seems to imply that Fame will be a cumulative metric that takes into account each civilization’s battle distinctions, great deeds performed and “moral choices”. Great deeds could refer to the creation or discovery of wonders, both of which are confirmed to feature in the game. Since ‘Humankind’ is still fundamentally based on actual human history, moral choices could refer to actual historical events in our history.

Humankind Developers: Who Are the People Behind the Game?

‘Humankind’ is being developed by Paris based French video game development company Amplitude Studios. The studio was founded in 2011 by ex Ubisoft employees Mathieu Girard and Romain de Waubert de Genlis. The studio was acquired by Sega in 2016 and has since been a subsidiary of Sega West, who is also publishing the game.

Humankind Release Date: When and Where Can I Play It?

Although we do not have a concrete release date for ‘Humankind’ yet, the game has been confirmed to release sometime in 2020.

‘Humankind’ will be available to play exclusively on PC (Microsoft Windows via Steam). Given that it is a complex turn-based strategy title that needs a mouse and keyboard for the best playing experience, I would not hold out for a console release anytime soon, possibly ever.

You can watch the reveal trailer for ‘Humankind’ right here.