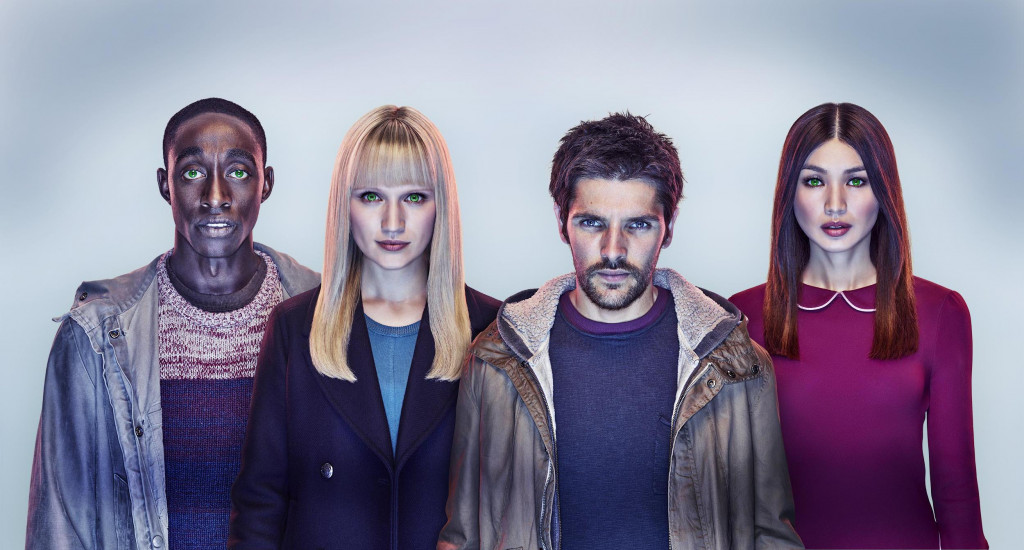 ‘Humans’, stylized as ‘HUM∀NS,  is a sci-fi series that airs on Channel 4 in the United Kingdom and on AMC in the United States. The show first premiered on June 14, 2015, in the UK and on June 28, 2015, in the USA. It has been created by the British duo Sam Vincent and Jonathan Brackley.

The series is based on the Swedish sci-fi drama ‘Real Humans’ which explores the ideas of artificial intelligence and robotics. It focuses on the cultural, and psychological impact of the invention of anthropomorphic robots called “synths”. Synths look just like the humans and it is very difficult to differentiate them from us. If you have been obsessed with ‘Westworld’ over its past two seasons, then this is just the show for you.

The series has amassed a strong fan following due to the lure of the genre and critics too have been open-handed in their praise, saying, ” ‘Humans’ is a mature, high-octane thriller offering emotional intrigue and thought-provoking suspense that should prove irresistible to sci-fi fans while remaining accessible enough to lure in genre agnostics”.

Humans Cast: Who is in it?

The leading cast member of ‘Humans’ is Emily Berrington, who plays the role of Niska. She is a conscious synth built by David Elster to be a sister to Leo. Niska is assigned to work as a prostitute when the two are separated, and she ends up resenting humans, turns violent and wants to live her own life. However, over the seasons, we see her arc evolve as she takes to humanity and realizes that she is unique.

Stephen Boxer plays the role of David, Leo’s father and creator of all the synths. Leo’s role is played by Colin Morgan. Leo is a part synth individual who is believed to be dead by the rest of the world. Ruth Bradley appears in the role of D.I. Karen Voss, the partner of D.S. Pete Drummond, played by Neil Maskell. The former is a conscious synth initially created to replace David’s dead wife, Beatrice, while the latter is suspicious of synths. However, as the show progresses, we see Karen become disillusioned with life, but being unable to commit suicide since her coding prevents it. Gradually she begins to accept her condition and Pete begins to change his worldview and eventually the two start a relationship with Pete being aware of Karen’s true nature.

There are several other characters both humans and synths that make this world and increasingly complex one, and through their interactions and relations, we see the story unfurl.

Humans Plot: What is it about?

The main plot of ‘Humans’ is about a parallel present where a must-have gadget for every busy family is a Synth. This is a robotic servant that is highly developed and it is so similar to a real human being that it begins to change the very way humans lead their lives. Robots or artificial intelligence is not exactly a novel concept to sci-fi and it must be said that for all the imagination the genre promises, it can often end up recycling ideas. The main attraction lies in how the re-imagining and execution are carried out. In this show, we see a new intrigue being introduced to the human and robot conflict.

When the show starts, we are introduced to the Hawkins family, where Joe, the husband, and father, finds it difficult to manage household chores and the kids alone when his wife is gone longer than expected. Despite her explicit instruction, Joe gets a synth to help out. The synth, Anita, played by Gemma Chan of ‘Crazy Rich Asians‘ and ‘Captain Marvel‘ fame, looks stunning and does all the jobs effortlessly. The wife, and mother is not thrilled naturally as she feels that she has been excluded from the family process.

This goes to address the larger problem in a society with artificial intelligence. Since they can do a lot of jobs better than us, we feel written out of our own destinies. However, if this were just a show about human existentialism in the face of rising machinery, it would be more ‘Black Mirror‘ than ‘Westworld‘. Thus, we soon see the stakes being raised when one of the core creators realizes that a group of synths is developing emotions, intelligence, and evolving beyond science.

The Hollywood Reporter sums up the show saying, “What makes ‘Humans’ work beyond its familiar concepts and genre constraints is the connection viewers will make with those in the synth world. Anita is immediately intriguing for her broader, non-programmed interest in what’s out there in the world (she stares at the moon in a way that makes Laura believe even more that something’s not right) — and Chan is exceptionally good at conveying both the smoothly-robotic nature of a synth with “human” qualities and the wild card we know she can be.”

Humans Season 4 Release Date: When will it premiere?

‘Humans’ Season 3 premiered on June 5, 2018, in the USA. Although the series seemed to be rather popular, Channel 4 decided to cancel the show in May 2019. While the showrunners were gutted at the news they took it well, saying that they knew how much the market worked on unforeseen choices and competition. However, they are not giving hope up for the series just yet and will be looking for a new home.  If some other network picks up the show, we will update you about ‘Humans’ Season 4 release date.

While we wait for any positive news on ‘Humans’ Season 4, check out the season 3 trailer to refresh your memories.If you happen to be a fan of sci-fi, then this show is definitely up your alley.