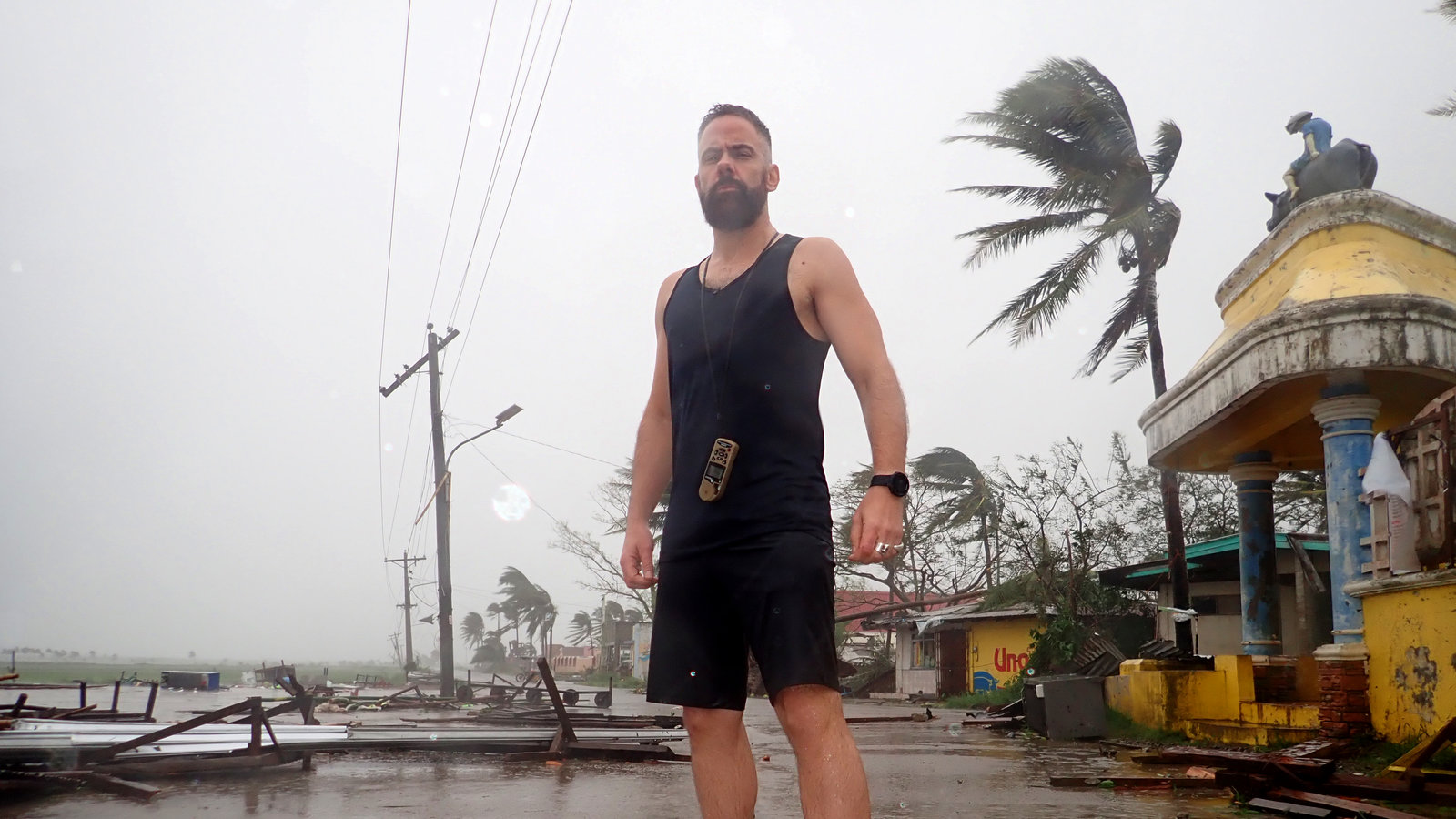 When we speak about natural disasters, some of the events that instantly pops up in our minds are those terrifying tornadoes and hurricanes. Extremely destructive, devastating, and sometimes unpredictable, such natural calamities usually force us to do one thing — hide in the safety of our homes. Sorry, no personal relationships and definitely, no face offs. But well, none of us are Josh Morgerman. This daredevil puts himself directly in the path of oncoming storms to test their power. Documenting his various feats and stunts is Science Channel’s ‘Hurricane Man’, aptly named after Josh who takes a close look at storms and their immense strength. This nature documentary tries to analyse the world’s most dangerous storms and documents their affects on victims and residents, close to the vicinity of their focal points.

Hurricane Man Cast: Who is in it?

If you did not know already, Josh Morgerman is popularly referred to as “iCyclone” in social media. He is an international hurricane chaser, who can predict the exact timeline when a storm will hit a certain area. He then races right into the center of these storms and attempts to analyze their immense mightiness. He has documented some of the most dangerous storms in the world, such as Hurricane Florence in North Carolina and Super Typhoon Mangkhut in the Philippines, to name a few. In ‘Hurricane Man’, he is accompanied by his crew members as the team chases storms across the globe.

Hurricane Man Plot: What is it about?

Each episode of ‘Hurricane Man’ follows Josh as he chases destructive hurricanes and collects scientific storm data. He travels from the remotest corners of Japan to the unexplored wilderness of the Philippines and coastlines of America’s Deep South and Mexico’s Pacific shoreline. Racy, action-packed, and full of adrenaline rush, it is also an educational series which gives us a real insight into what happens when a hurricane hits our city. Additionally, Josh gathers valuable information that can help meteorologists to better research about the potency of these mighty tornadoes. Apart from this, the show also highlights the extensive damage done by the ferocious winds and the aftermath on people. It showcases families who have survived such disasters and features local emergency rescue crews who risk their lives to save others.

Being at the epicenter of massive hurricanes, Josh and his team know that getting so close to this kind of calamity can be treacherous. Still, they put their lives at stake to show us what really happens, while giving first-hand accounts from the exact location. As they help in sheltering terrified individuals and extend a helping hand to rescue crews, they follow the lives of survivors and highlight families that still reside in the path of loss and destruction.

In one episode, John is shown leading his team to document the fourth most powerful hurricane to plague the American mainland, since the dawn of time. Named Michael, this category 4 hurricane in Panama City, Florida, brings with it winds at a speed of 155 mph and has been told to unleash more energy than an atomic bomb. As the winds continue to destroy everything that falls on their path, victims engage in a fight for survival.

Another episode chronicles the quest of the team as they come face to face with their first typhoons — Typhoon Soulik and Typhoon Cimaron. As they explore Cimaron in Japan, they are drawn into the midst of Hurricane Lane which hits Hawaii and results in a devastating landslide. Next, we witness Josh attempting to tackle Hurricane Florence in North and South Carolina, and Super Typhoon Mangkhut in the Philippines. Again, the crew travels to western Mexico in order to chase Hurricane Willa and then attempts to land at the center of Super Typhoon Yutu in the Philippines, ranked as the strongest storm of 2018, which causes massive breakdown of power lines.

According to Lindsey Foster Blumberg, supervising producer of the Science Channel, “The passion that Josh has for storm chasing is clearly evident.” She also added that the data collected by him, which is quite difficult to find otherwise, is extremely helpful for scientists whose research depends considerably on this vital information. Dubbed as the ultimate hurricane documentary series, Hurricane Man’s star, Josh, when asked about his reaction to the show being featured on Science, said in a statement: “I’m totally stoked Science Channel has chosen to air Hurricane Man. This is the perfect place for me to share the highs and lows of my life as a storm chaser, and this is an audience who’ll dig the science angle, too.”

Hurricane Man Season 2 Release Date: When will it premiere?

‘Hurricane Man’ Season 1 premiered in the UK on on March 24, 2019. It is set to release in the US on Science Channel on June 18, 2019. Now, as far as next season is concerned, Science Channel has not made any official announcement yet. However, considering Josh’s immense passion and so many future hurricanes in the radar, this series has scope for multiple seasons. Hence, we would not be surprised if the creators decide to go for another installment. And if this happens, we can expect ‘Hurricane Man’ Season 2 to release sometime in March, 2020. We shall update this section with more concrete news as and when we learn more.

Below is the official promo for ‘Hurricane Man’ Season 1. You can check it out below to understand what the show is all about: