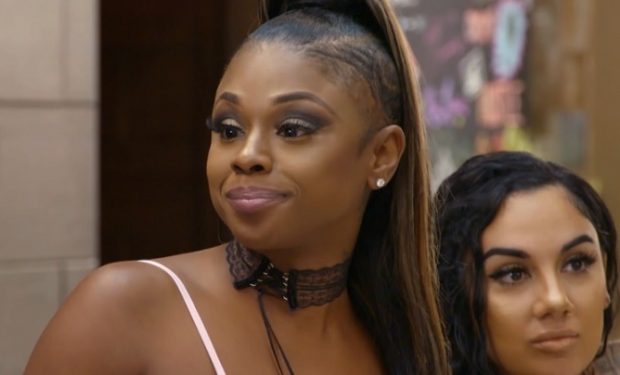 ‘Hustle & Soul’ is a reality television series that first premiered on March 16, 2017, on We TV. The show follows Chef Lawrence Page, who is the owner of the Pink Tea Cup Restaurant. His ultimate aim is to achieve a Michelin star next to his name.

The show is not like the regular cooking reality shows. ‘Hustle & Soul’ certainly focuses on the excellent quality of food and tactics to improve their restaurant, but it also dives deep into the personal lives of crew members of the Pink Tea Cup Restaurant. The show is quite graphical with scenes depicting romance, extravagant parties, and even nasty fights.

The series is directed by Michael Giannantonio. After successfully running for three seasons, fans are now wondering whether there will be a ‘Hustle & Soul’ Season 4. We delve into that after sharing the show’s details.

Sana is quite flamboyant and flirty in nature and there are regular clashes between Sana and Ana as their thought processes do not match on most of the occasions. Candice is the lead bartender. Although her sweet personality has taken her so far and long in the restaurant, her skills need a lot of improvement if she wants the restaurant to serve Michelin quality drinks. Dominic and Stephen are twin waiters at the establishment.

Hustle & Cast Plot: What is it about?

Chef Lawrence Page’s dream is to make soul food and get a Michelin star attached to his name. He wants himself and his restaurant to be at par with other celebrity chefs and restaurants. However, he does not just have to take care of the restaurant but also his staff and their personal lives, which are full of complications and twists.

Lawrence is paying extra attention to the flirtatious Candice and that is making Ana quite jealous. Lawrence, to give his staff an insight into how a five-star quality restaurant works, takes them out for dinner. However, Candice is left out of the invitation.

Ana is given full authority to run the restaurant on Mother’s Day and the first move she decides to make is hire another bartender in place of Candice. Sana is offered a promotion and none of the women at the restaurant are liking it. Sana finally reveals to Ana that Lawrence was flirting with Thandi in the winery. Ana leaves the Pink Tea Cup restaurant and Lawrence offers a senior post to Thandi.

The following season has even more drama. Ana returns to take back her position at the restaurant and also to reclaim her man. Lawrence breaks up with Thandi as Ana and Lawrence get engaged. Lawrence hires Cola and her boyfriend as new staff members and they bring in new sets of drama.

In the last season, the action moves to Miami. A pool party is organized that gets out of hand as Ana’s girl gang attacks Cola. Ana and Lawrence’s relationship is once again challenged by tempting offers from Thandi. Dom gets an offer for modeling and decides to move to Germany.

Ana brings back Thandi and shocks everyone. Cola plans to return to Brooklyn. Ana’s plan to take revenge on Lawrence works properly when she disrupts his debut on ‘The Steve Harvey Show’ and Thandi finally, after getting what she wants, makes a shocking revelation.

Hustle & Soul Season 4 Release Date: When will it premiere?

‘Hustle & Soul’ Season 3 premiered on April 4, 2019, on We TV. The season was spread across one-hour-long ten episodes and the last episode of the season released on June 6, 2019.

The show is along the lines of ‘Big Brother‘ and ‘Growing Up Hip Hop‘. The drama portrayed in the show can sometimes become quite overwhelming with all the glasses flying around, and the unpredictable catfights. The relationships shown in the series are quite twisted with no one really knowing the concept of fidelity. If you are someone who enjoys a show full of realistic drama with over the top emotional outbursts every now and then, you will certainly like ‘Hustle & Soul’.

There has been no official announcement regarding the release of Season 4. Though the premiere dates of all the seasons have been quite consistent without a break since 2017, we can assume ‘Hustle & Soul’ Season 4 to release sometime around March 2020.