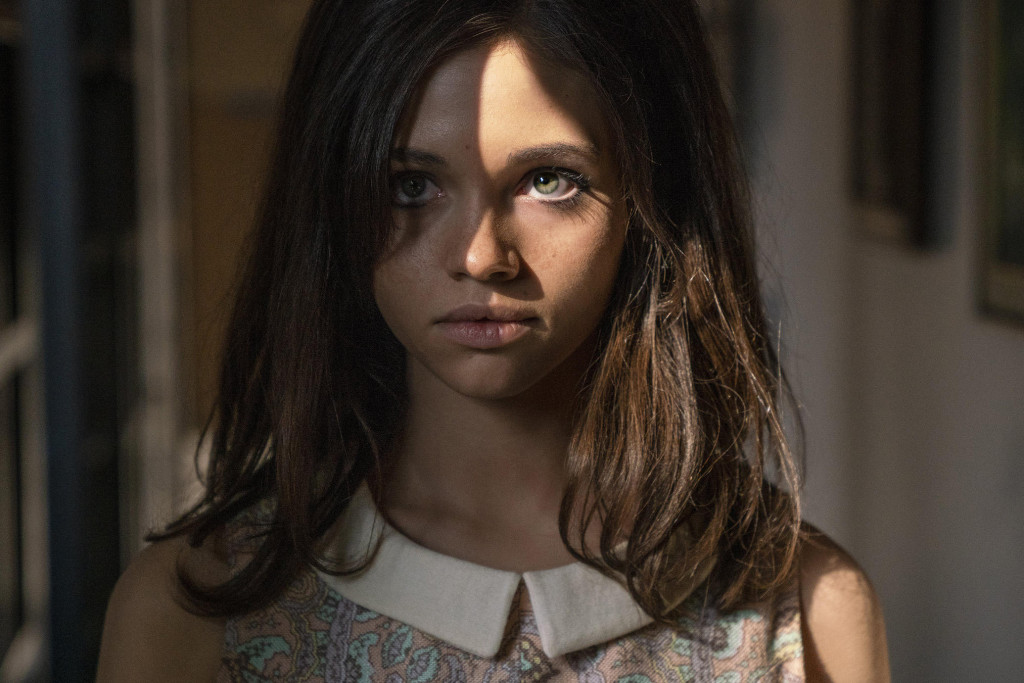 Based on the memoir written by Fauna Hodel, One Day She’ll Darken: The Mysterious Beginnings of Fauna Hodel, I Am the Night is a limited series that follows the early teenage years of Fauna Hodel who was abandoned at birth by her mother. Unaware of her origins, she travels far and wide to be reunited with her grandfather Dr George Hodel finally; a man suspected in the unsolved Black Dahlia mystery. It is a six-part series written by Sam Sheridan that first premiered on January 28, 2019, on TNT. The series stars Chris Pine (you know him from The Princess Diaries 2: Royal Engagement (2004), Star Trek reboot film series (2009–2016), Wonder Woman (2017)) and India Eisley who is seen playing the titular character of Hodel’s memoir.

At the forefront of I Am the Night, we have India Eisley as Fauna Hodel, and Chris Pine as Jay Singletary, both of whom set out on a journey to locate a potentially dangerous man who Fauna believes is her grandfather. Jefferson Mays as George Hodel is a physician in Los Angeles with suspected involvement in one of the most infamous unsolved crimes of all times. Jamie Anne Allman is roped in to play Tamar Hodel, Fauna’s birth mother while Golden Brooks as Jimmie Lee Greenwade is her adoptive mother. Other equally important roles are of Connie Nielsen as Corinna Hodel, George Hodel’s ex-wife, Shoniqua Shondai as Tina, Dylan Smith as Sepp, Justin Cornwell as Terrence Shye, among others.

I Am the Night Plot: What is it about?

I Am the Night is a fascinating story recounting the insane beginnings of Fauna Hodel who until she was a teenager at school believed herself to be a bi-racial girl named Pat Allman. Her true identity, fiercely protected by her adoptive mother, Jimmie Lee, is revealed to her when she uncovers her birth certificate identifying her as Fauna Hodel, abandoned by her birth mother, Tamar Hodel, at birth. As Fauna delves deeper into the search of her real father and mother, she is led to the infamous gynaecologist, Dr George Hodel, who she finds out is her biological grandfather. Upon contacting him, he invites her to visit him in Los Angeles.

Meanwhile, Jay Singletary, a suicidal journalist known to have penned an article on George Hodel decades ago that caused him to lose his credibility, receives a call from Jimmie Lee who prods him to re-investigate the subject of his article. Despite having committed to working on another murder story, Jay finds himself unable to keep his mind off his decade-old story. On arriving in Los Angeles, Fauna is received by George Hodel’s second divorced wife, Corinna Hodel at the Hodel residence who confirms that she is not biracial. She informs her about her white family and warns her of the repercussions that could arise if she continued her investigation. Fauna is suddenly aware of being followed by her grandfather’s right-hand man, Sepp but she manages to shake him off.

Through a series of flashbacks set in 1945, viewers are taken to an extravagant party with Goerge Hodel at the centre wearing a bizarre mask. Back in the present, amidst the strange turn of events, Nero (a teenager trying to contact Fauna) is murdered, Jay is threatened by LAPD Sergeant Billis and Fauna stumbles upon on a piece of mail with a return address from Tamar. She finds a friend in Terrence Shye, a family friend of the Lee’s.

Fauna is invited to an unusual “Happening” which turns out to be the most bizarre art exhibition she’s ever been to. Fauna tries to coax information out of Corinna to further her investigation but fails. She finds an address in Corinna’s book under the name “T.H. Apate” indicating Tamar to be in Hawaii. Fauna is abducted by Sepp but rescued by Jay who ends up stabbing Sepp. Fauna and Jay decide to cooperate with each other and travel to Hawaii. They track down Tamar who reveals to them that her grandfather George Hodel is also her father, having raped Tamar when she was a teenager.

Disgusted on learning that she is a product of incest, Fauna returns to Nevada to discover that Jimmy Lee has been severely injured by George Hodel. Corinna drugs Fauna at the behest of George who then kidnaps her and brings her to his basement. It is revealed here that George Hodel is the infamous Black Dahlia murderer who plans on raping and murdering Fauna after painting her portrait like he did all his victims’. Fauna manages to flee, and so does George.

I Am the Night Season 2 Release Date: When will it premiere?

I Am the Night is a six-episode modern-format miniseries made for bingeing. The show has exhausted the source material by the end of season 1, and it looks fairly self-enclosed with no loose threads to pick up on for a second season. For lack of source material to adapt from, it is unclear whether or not the show will be renewed. For now, it’s renewal status is uncertain. Our best guess is that there is a slim likelihood of I am the Night season 2 might release sometime in 2021.

Patty Jenkins, the director of I Am the Night made sure the finale of the series was a compelling watch despite the ambiguity surrounding the Black Dahlia murder case. “The story [of George Hodel] was a secret with a lot of power for a long time. And [Fauna] was threatened and shamed… into not telling it, as everyone was. By getting to tell this story, I feel, walking out of it, so clean and positive. This was not the Black Dahlia story. This is the Fauna Hodel story. It’s a satisfying conclusion to the story that we’re telling,” she said.

I Am the Night Trailer:

Here’s the trailer of season 1 of I Am the Night that gives you a sneak peek into the show.