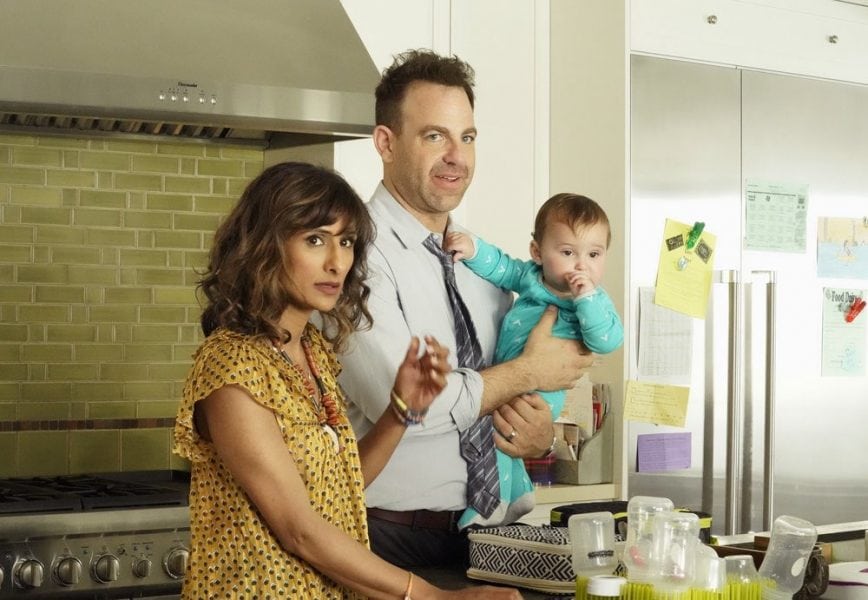 ‘I Feel Bad’ is an American comedy television series that airs on NBC. The series first premiered on September 19, 2018. It has been created by Aseem Batra and is based on a book by Orli Auslander, titled ‘ I Feel Bad: All Day. Every Day. About Everything’. The series has been co-executive produced by Batra along with Amy Poehler of ‘Parks and Recreation‘ fame, among others.

It’s not easy being a lady. There are so many rules to follow. There are so many roles to play. It is like you have to be an angel all the while. But can we be like that all the time? We all have that moment where our brain phases into our devilish fun side. Then we wake up to feel guilty for it. If you can relate to it, then ‘I Feel Bad’ is a show for you. In the show, Emet is a wife, mother, and a working professional who feels guilty when she moves away from her standards of perfection. While the series might have drawn some fans, especially due to the inherent emancipatory premise, that women who feel trapped in assigned roles might relate to, critics have noted that the show has a promising pedigree but is just not funny.

I Feel Bad Cast: Who is in it?

The main cast of ‘I Feel Bad’ includes Sarayu Blue, known for her role in ‘Sons of Tuscon’. Blue plays the part of Emet Kamala-Sweetzer, the protagonist and the woman who eventually moves away from the impossible standards of perfection. Paul Adelstein of ‘Prison Break’ fame is also part of the cast as her husband, David Sweetzer. Madhur Jaffrey appears in the role of  Maya Kamala, while Brian George of ‘Seinfeld‘ fame, appears as Sonny Kamala. They play the roles of Emet’s parents. James Buckley of ‘The Inbetweeners’ fame plays the role of  Chewey, one of Emet’s co-workers. Apart from her other co-workers, the cast also includes several recurring and guest characters. One of the notable guests has been Alfred Molina of ‘Boogie Nights‘ and ‘Species’ fame. All these characters make the show as rich as it is.

If there is an upcoming season, we hope that the main cast returns, and maybe a few new characters could be thrown into the mix, who would make Emet’s life even more interesting.

I Feel Bad Plot: What is it about?

The main plot of ‘I Feel Bad’ is centered around Emet, who while trying to be the perfect mom, is still struggling with her role like most. Sometimes she has those lusty dreams with men other than her husband. Sometimes she pretends to be a total stranger when her kids misbehave in public. In her moments of insecurity, there are also times when she uses her staff to solve personal problems. She feels guilty for all those moments. She tries her best each time but fails from time to time. Away from the judging eyes of the world, she keeps telling herself that nobody can have it all.

Sarayu Blue was cast in the show by NBC last March. The official synopsis of the show says, “OK, she’s not perfect. In fact, she’s just figuring it out like the rest of us. Sure, she feels bad when she has a sexy dream about someone other than her husband, or when she pretends not to know her kids when they misbehave in public, or when she uses her staff to help solve personal problems. But that’s OK, right? Nobody can have it all and do it perfectly.”

The message of the show is that it is okay to be imperfect. The series gets to that immediately, showing work and personal life balance for Emet, who is our unapologetically apologetic protagonist. The series shows her beat herself up unnecessarily after she sets extremely lofty standards in her personal and professional life and then fails. What is strange here is that the voice of ethnicity and the multi-generational approach seems a little wobbly. The series does not seem too sure of itself, but that may be because it just started. Initially, Emet’s character was problematic too, insofar as asking her male colleagues if she is still doable or showing people a video of her daughter’s inappropriate dancing. However, as the series has progressed, it has found a voice for Emet and her actions, to the extent that if the entire show was focused on Emet as the point of conflict, we would still have a pretty decent series. Emet comes with her own sets of fears and insecurities, and they play out in the show. We see that she fears that she is turning to be like her mother. The other thing that she is worried about is her age and the effects it has on her body. She feels she is not attractive anymore. She is a very conservative mom who has a teenage daughter. Emet is always worried about her daughter and her liking for dancing. All of this is very relatable for aging mothers and makes for a fascinating watch.

Hopefully, if there is an upcoming season, the show will find a firmer voice to communicate the jokes that they want to weave around this dichotomy and Emet’s need to be perfect.

I Feel Bad Season 2 Release Date: When will it premiere?

‘I Feel Bad’ Season 1 premiered on September 19, 2018, on NBC. However, the network has decided not to renew the series and as of May 10, 2019, the series stands canceled. This is not too surprising, considering that the viewership was not very high, and the ratings too were only moderate. As a result, no additional episodes were ordered, which made the news of cancelation a pretty foregone conclusion. While there is always a possibility of the show finding another home, for now, Season 2 stands canceled.

‘I Feel Bad’ Season 2 does not have a trailer yet since the show has been canceled. However, you can refresh your memory with the trailer from Season 1. If you have not seen the show, you could give it a watch, but truth be told, there are better shows out there, despite this series having immense potential.