I May Destroy You Episode 7: What’s In Store? 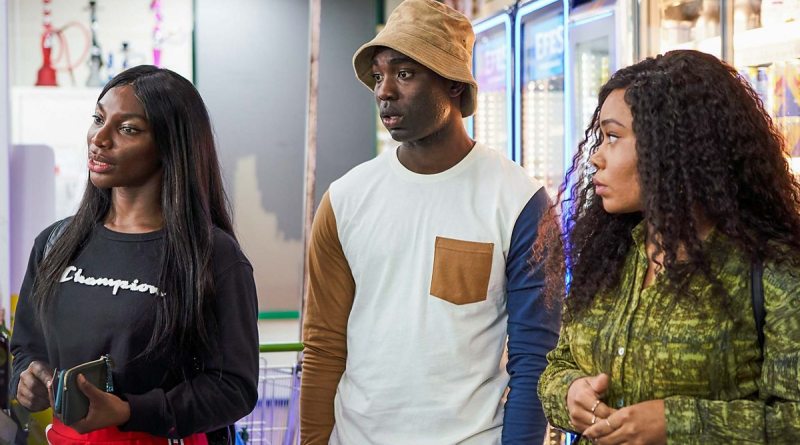 ‘I May Destroy You‘ has been tackling some serious issues head-on, with focus on how people move past sexual assault, how they deal with the incident, and how people closest to them react to the news. We have seen Arabella trying to retrace the steps while realizing that life will never be the same after a night of drinking goes terribly wrong. At the same time, the show asks us to question where we draw the line at abuse and which accounts we choose to believe. Kwame’s story is especially touching in this regard.

With Arabella calling out Zain for taking off the condom, without her knowledge, while having sex, she is finally poised to reclaim control over her life, ever since the traumatic incident. Curious to find out what happens in the latest episode? We have the rundown, and spoilers for the upcoming installment. We’ll also tell you when and where to watch it.

I May Destroy You Episode 7 Release Date: When Will It Premiere?

I May Destroy You Episode 7 Spoilers:

Arabella is in a tough spot creatively, since she’s nearly broke and still unable to finish a draft of her book. She decides to take a job alongside Theo at a vegan delivery start-up. Terry, the birthday girl, takes steps to ensure that Simon won’t show up unexpectedly at her party.

I May Destroy You Episode 6 Recap:

The episode shows us how victims are rarely perfectly capable of processing the trauma. Arabella finally goes to group therapy, which is excellent. She is now among women who want to speak against sexual abuse and hate it as much. However, Arabella seems to have become some sort of poster child for sexual assault and suddenly has to bear the burden of speaking for all women. While the additional attention she gets, is helpful to an extent, the scrutiny of her words doesn’t do much good. Meanwhile, we understand that she merely wants to regain control. Arabella wants to learn how to avoid being raped.

Meanwhile, Theo is the imperfect victim in the episode. We see how sex is weaponized and how Theo is exploited at a young age. However, Theo also has the advantage of getting the attention of the authorities, which helps the individual rectify the situation. “The Alliance” underscores the similarities between Arabella and Theo, and hopefully, the former sticks to the sessions instead of going back to social media as a self-healing process.