Ice Age 7: Will There be a The Ice Age Adventures of Buck Wild Sequel? 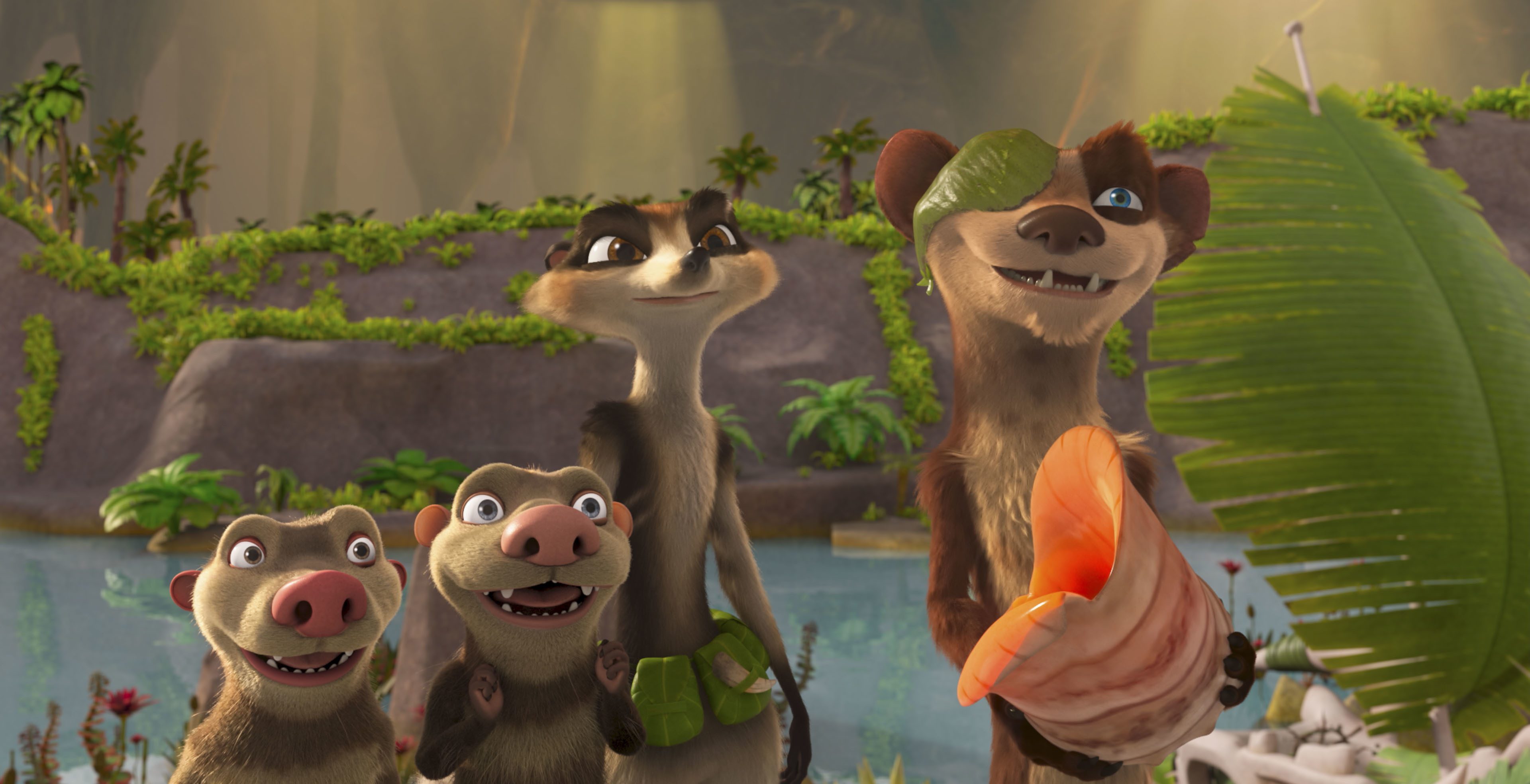 Directed by John C. Donkin, ‘The Ice Age Adventures of Buck Wild’ is a hilarious animated adventure comedy movie. A spin-off of the ‘Ice Age’ franchise, it is also the sixth movie in the series. The story follows the comic escapades of possum brothers Crash and Eddie who wish to gain freedom from their older sister Ellie. While searching for a new home for themselves, they get trapped in a giant underground cave.

Eddie and Crash are eventually rescued by Buck Wild, an adventurous one-eyed weasel, and together, the trio embarks on a journey through the Lost World while tackling fearsome dinosaurs. ‘The Ice Age Adventures of Buck Wild’ has been well received by audiences of all ages for its fun storyline and adorable characters. Fans are thus wondering when they will be able to see more adventures of their favorite prehistoric mammals in a seventh installment. Here’s everything we know so far about ‘Ice Age 7.’

The Ice Age Adventures of Buck Wild premiered digitally on January 28, 2022, on Disney+. The movie arrived on the streaming platform in Europe, Asia, and the Pacific on March 25, 2022. It is the first movie in the ‘Ice Age’ franchise to be released on a streaming platform. The movie has garnered lots of praise for its quirky narrative and matches the quality and success of all the previous installments. Now, this is what we can tell you about the potential sequel.

As of yet, the makers have expressed their keen interest in developing the ‘Ice Age’ series into newer installments. Executive producer Lori Forte said that though it is too early to confirm a part 7 in the series, the creative team has numerous ideas and characters they wish to explore further. She also added that it all depended upon the reactions and demands of the audience. Moreover, since Disney has taken over the ‘Ice Age’ franchise after it acquired Fox, the production giant shall likely plan to continue it with a brand-new perspective.

In addition, the massive popularity of the animated movie series indicates that there is indeed room for a possible ‘Ice Age 7.’ Considering all these factors, the potential sequel to ‘The Ice Age Adventures of Buck Wild’ shall most probably be greenlit by Disney in the coming few months. How soon fans can see the seventh installment of the ‘Ice Age’ series relies on the production schedule planned by the makers as well as the availability of the actors in the voice cast. If everything goes well, ‘Ice Age 7’ can be expected to arrive sometime in Q1 2024.

‘The Ice Age Adventures of Buck Wild’ features actor Simon Pegg voicing the titular weasel. He is the only actor from the first six movies who has continued with his character. Thus, in case ‘Ice Age 7’ is confirmed, he is highly likely to reprise the voice role of Buck. The sixth part also features Vincent Tong and Aaron Harris as the twin possums Crash and Eddie and Dominique Jennings as their woolly mammoth sister Ellie. All three of them can be expected to return for the potential sequel.

Furthermore, Justina Machado, Skyler Stone, Sean Kenin Elias-Reyes, and Utkarsh Ambudkar who voice the characters of Zee, Diego, Manny, and Orson may also return. Apart from them, the possible ‘Ice Age 7’ shall also see several new voice artists for the characters that shall be joining the existing ones to propel the narrative ahead.

Ice Age 7 Plot: What Can It Be About?

In ‘The Ice Age Adventures of Buck Wild,’ the possum brothers Crash and Eddie decide to venture out of Snow Valley as they feel that their extreme love for stunts worries their overprotective sister Ellie. As they sneak away on a journey to be independent, they find themselves trapped beneath the ice in the Lost World, amidst dinosaurs and other peculiar creatures. However, they are soon rescued by Buck, their eccentric weasel friend who has a penchant for thrill and hunting dinosaurs.

Buck teaches Eddie and Crash the skills of survival, and they tag along with him as he tries to escape Orson, a big-headed dinosaur whom he had banished to Lava Island. As they evade a revenge hungry Orson and his unruly pals, they befriend Zee, a brave zorilla who is Buck’s female counterpart. While Ellie and Manny frantically search for the possum twins, the dysfunctional group of four sets out to defeat Orson and save themselves. The movie concludes as Eddie, Crash, Buck, and Zee realize their strengths and are able to save the Lost World from dinosaur domination.

The potential ‘Ice Age 7’ may most likely pick up from where the sixth installment in the series ended. It will follow the four friends as they navigate new challenges and adventures in the Lost World and go on to discover newer places and creatures. The seventh part can also bring back pivotal old characters such as Sid, Diego, and Scrat to the forefront and focus on them. Another possibility is that fresh characters shall be introduced to divert the narrative into a new direction.