When Will Idiotsitter Season 3 Premiere on Comedy Central? 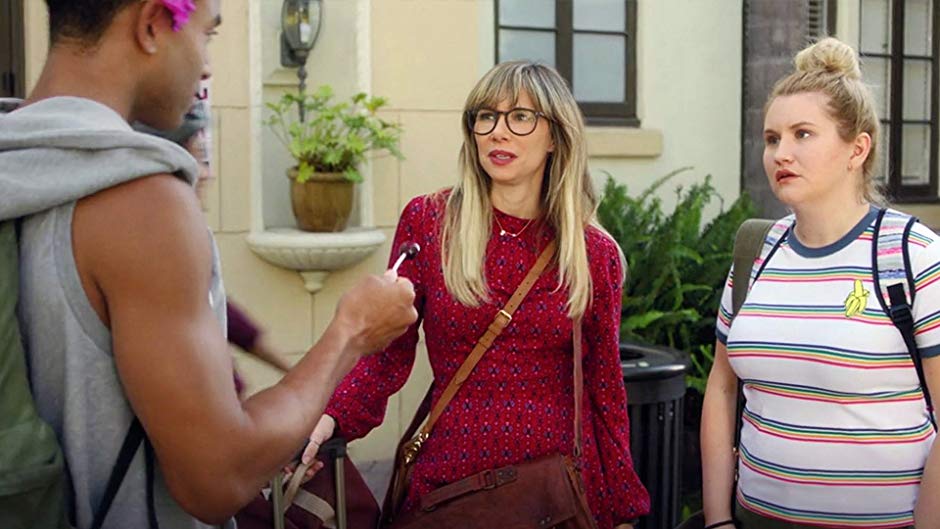 If we trace sitcoms – or comedy in general – back to its roots on TV, the first instance would be Buster Keaton and Chaplin’s body comedy. Granted, the target for the early great comic producers was low more due to technical limitations; no voice recording facilities, etc. What we want to discuss more specifically, though, is the second form of comedic formula that hit it big on TV: the bumbling duo, precedents of disastrous hilarity. This is an age-old formula that has stood the test of time. Anything from Laurel and Hardy to Dumb and Dumber has the leading characters forged in the same(-ish) mould, which means they enable each other and lay the groundwork for comic sets.

On the surface, Comedy Central’s Idiotsitter will strike you as a practitioner of a similar formula: the exchange between a problem-child (the ‘idiot’) and the exasperated duenna (the ‘sitter’). Such a debrief would be partially true – the show is a mindless comedy at times. But it is a damn good mindless comedy, while also leaving out its moments of reflection and character development and not many comedies excel at balancing the two facades.

The show has had two successful seasons so far. Now the question is, will there be an Idiotsitter season 3? We will delve into that question, but first let’s quickly look into the details of the series.

Idiotsitter Cast: Who is in it?

If we cut to the chase promptly, Idiotsitter is no PBS pedigree, neither a Netflix co-production. Naturally, one would not hope to see an all-star cast bench on such a show. However, it is more of a fun little passion-project venture from two actors of no small acclaim: Charlotte Newhouse and Jillian Bell. They do not really figure in the Comedy Central hall of fame – but both Charlotte and Jillian know their way around industrial filmmaking, having been a part of AAA productions like 22 Jump Street — both on and off-screen.

It is, again, the duo of Newhouse and Bell that dominate the screen on the show they created. Newhouse, previously the hidden-gem actor proving her comedic talent in Celebrity Impressions (2010) and Puss In Boots: The Three Diablos (2012), here plays possibly the most central character, Billie, while Fist Fight (2017) and 22 Jump Street (2014) star Jillian Bell rides shotgun as her newly appointed proprietor.

Although over three-quarters of the screen time is their exchange, the rest of the cast still plays some key roles in the development throughout the plot. Previously also Jillian Bell’s co-star in HBO sports-comedy mockumentary series Eastbound & Down (2009-2013), Elizabeth de Razzo returns as a series regular in the role of Joy. Stephen Root is the other seasoned HBO familiar face (recurring roles in Broadwalk Empire, Barry, and Man in The High Castle) who brings his Star Trek: The Next Generation creds to portray Kent Russle. While Root was a series regular in season 1, he side-steps as a minor character in season 2.

If the show is to return with a third season, we can only vouchsafe for poster-girls Jillian Bell and Charlotte Newhouse to be back again. To stipulate whether any new cast regular might join the scene, we would have to wait for further confirmation regarding the possibility of season 3 in the first place.

Idiotsitter Plot: What is it about?

Idiotsitter takes a formula that has almost elevated to the status of a cliche in comedy — a self-destructive busybody fallen to disgrace meets with a person who is supposed to be the saviour — and shows that it can age like fine wine when done right. The one prop that may go to the show is that it never pulls its punches on R-rated stuff: unbridled profanity, sexually suggestive content, or portrayal of drug abuse. In fact, the third one is integral to the premise of the plot.

The story takes us to the posh side of Los Angeles, in the wealthy Brown household where much of season 1 takes place. Gene (Jillian Bell) is a young woman looking to make honest money, who comes to interview for a job as a babysitter. To her surprise, she finds that the person she is supposed to babysit is a 20-year old Wilhelmina Brown (a.k.a. Billie), whose parents have become hopelessly frustrated with her juvenile behaviour and unchecked debauchery. After a recent fit of drug-ridden menace, she was put under house arrest by the law. You probably already see where this is going: Gene spirals into Billie’s world of borderline madness, and while her initial concern was to be Billie’s ‘idiotsitter’ strictly for the cash, the two eventually bond.

The show does not exactly accomplish the best feat of masterful writing with its bountiful premise, but it is sufficiently well-written as a comedy that bids you not to overthink, but to sit back and enjoy.

Idiotsitter Season 3 Release Date: When will it premiere?

The early episodes of Idiotsitter were parts of the prototype web series that premiered way back in 2014, before Comedy Central saw the potential and picked it up for broadcasting on and from February 2016. The show had since generated sufficient interest to warrant a second season. The showrunners were greenlit to carry on with a second season on June 2016, but the ten-episode season was later reduced to a seven-episode abridged marathon in two parts (June 10 and June 17, 2017) due to scheduling complications. The show was first planned as a web series meant for bingeing, so a marathon broadcast on Saturday nights was not supposed to hurt its ratings.

Sadly, though, the show did not do very well on its season 2 premiere. Add to this fact that Comedy Central is not particularly known for scripted shows, and the possibility of a third is small. By the book, the show is neither renewed nor cancelled, leaving a tentative release date for the third season up to speculation. If we were to estimate its air date, we would expect Idiotsitter season 3 to premiere sometime in mid-2020.

While you wait for news on a tentative third season, you can watch a teaser from season 2 here.