If Loving You is Wrong Season 6: Premiere Date and Cast 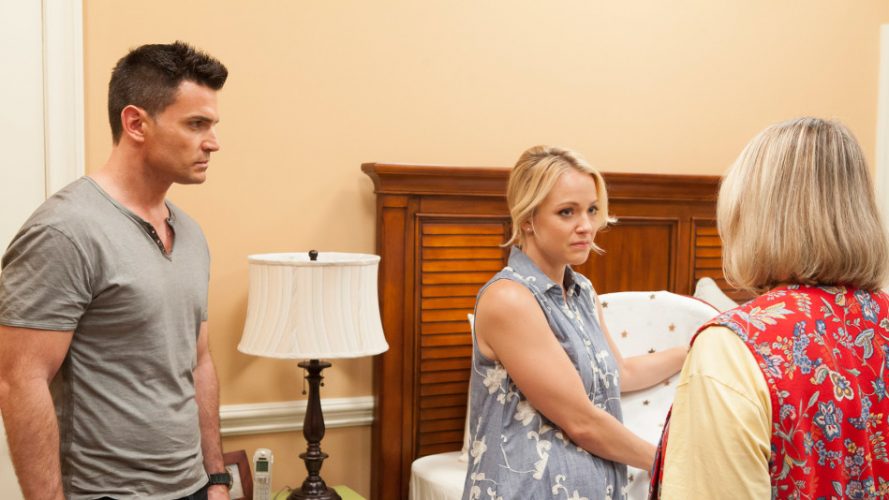 ‘If Loving You is Wrong’ is an American prime time television soap opera that airs on the Oprah Winfrey Network or OWN. The series first premiered on September 9, 2014. It is created, written, and directed by Tyler Perry, of ‘Star Trek‘ and ‘Alex Cross’ fame, who is also the executive producer of the show. Tyler Perry Studios is backing the project which also has Ozzie Areu, Mark E. Swinton, and Will Areu, serving as executive producers.

‘If Loving You is Wrong’ is loosely based on Perry’s 2014 movie, ‘The Single Moms Club’, which was a comedy–drama that saw single mothers coming together to discuss how to make their own and their children’s lives better after an incident at their children’s school.

If Loving You is Wrong Season 6 Release Date: When will it premiere?

If Loving You is Wrong Cast: Who is in it?

The main cast of ‘If Loving You is Wrong’ includes Amanda Clayton in the role of Alex Montgomery, a housewife married to Brad, a businessman. They have two children together, Paisley and Peter, following which Brad gets a vasectomy. However, she is caught having an affair with her neighbor Randall. This ends her friendship with Randall’s wife Marcie and prompts Brad to leave her. Alex goes on to have another son with Randall, born out of their affair. Heather Hemmens plays Marcie Holmes, Randall’s wife, who is a real estate agent. She has revenge on Alex and her husband by having an affair with Alex’s husband, Brad.

Edwina Findley plays Kelly Issacs who is a single working mother with a young son named Justice. She is shown to have piqued the interest of a man named Travis, who pursues her romantically, despite being engaged to someone in Haiti. Kelly’s story takes a dark turn as she is implicated in a murder, and kills her stalker, only to have moral compunctions and attempt to commit suicide. Zulay, as we mentioned, returns as Esperanza, but here she is shown to be dating a person who is related to a drug cartel leader, which draws the disapproval and anger of her ex, Edward, a 911 dispatcher, since he reasonably feels that her relationship puts her and her daughter Mika’s life in danger. April Parker Jones plays Natalie Henning, a single doting mother. As viewers can see, the main cast of the series has very rich backstories and a lot going on among themselves, which is only compounded by the presence of a strong supporting cast as well.

Hopefully, in the upcoming season, we will see all these characters return for even more drama and more convoluted interpersonal relations.

If Loving You is Wrong Plot: What is it about?

The plot of ‘If Loving You is Wrong’ revolves around five couples and the complexity of their lives and how each of them is in search of something that makes them feel incomplete. Each of these people is on a quest to find love, which they believe will complete them and give some degree of meaning to their existence. Evidently, even the couples who are partaking in conjugal bliss feel somewhat lacking, and perhaps this desire to escape onto something better, and find something else symbolizes in the show that they have not yet found their homes in the truest sense of the term, because home is where all attempts to escape cease.

As is the nature of all soap operas, especially of the late night variety, there is plenty of titillating drama. The plot is driven forward by the flaws of the characters, and we get a good glimpse at how they lie in their relationships, cheat on their partners, deceive the people around them, including coworkers and family members. Each of them also has their own secrets to carry, which makes up for a lot of intrigue on the show and in true soap opera style, these secrets are always revealed in a grand fashion. There’s a lot of allusion to sex, and moaning and writhing, which makes for the passion that is bubbling under the surface as the characters interact with each other.

However, the show also turns a careful eye at what affects and motivates the behavior of the characters, and how they often resort to blaming alcohol for their poor decisions. The show has adequate sexual jealousy, swearing, and passion to make for very salacious content on television, and this is why it completely hooks viewers to the narrative. A word must be said in the deft handling of the characters, where they are extremely humanized, and even if their actions are flawed, we often end up empathizing with them, nodding to ourselves thinking that we know where they are coming from.

Hopefully, in the upcoming season, the show will continue in a similar fashion, focusing more on the drama that goes on in the lives of the protagonists, as they try and make their own way in the world, attempting to find some semblance of happiness in life.

If Loving You is Wrong Trailer:

Check out the clip below to get an idea of what the show is about and what exciting things it might bring next season.