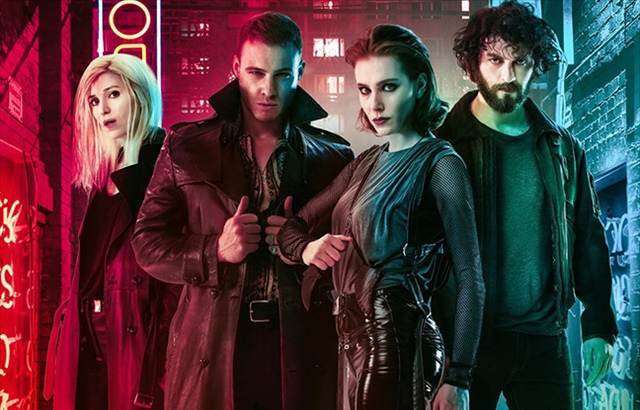 Netflix is already a giant when it comes to streaming and the platform is looking to cement its popularity by continuing to add new and exciting content in an effort to attract new viewers while retaining the existing base. To this extent, they offer a wide spectrum of films and shows that span across genres and one of the most popular among these genres is fantasy. Viewers are always fascinated by the various creatures of fantasy and vampires especially draw our attention. Netflix knows this and already has a host of classic vampire related content including the popular show ‘The Vampire Diaries’ as well as the spin-off that it inspired, titled ‘The Originals’.

The streaming platform also has a fascinating take on the cult following of ‘From Dusk Till Dawn’ in a series that explores the adventures of the Gecko brothers further. While these shows each have their set ways of viewing vampires, from romanticizing them to treating them as horrific and scary creatures, ‘Immortals’ takes the vampire trope in a fresh new direction.

‘Immortals’ Cast: Who is in it?

‘Immortals’ has an almost all Turkish cast that includes the likes of Kerem Bursin, Elcin Sangu and Birkan Sokullu. Bursin is most famous for appearing in ‘Seref Meselesi’, a Turkish prime time television drama series. Sangu, one of the highest paid celebrities in Turkey, has appeared in several television shows but is most famous for her role as Defne in ‘Kiralik Ask’, a romantic comedy series. Sokullu, for his part, has had a career as a model and actor. This appears to be the first show with a massive global outreach for these Turkish stars.

‘Immortals’ Plot: What is it about?

The plot of ‘Immortals’ is one driven by revenge. It begins in Istanbul of the 1800s. Mia, a human turned into a vampire, returns to the city to try and destroy Dmitry, the vampire who turned her, in hopes of drinking his blood and regaining her humanity. Dmitry meanwhile is the most powerful man in Istanbul who appears to control the city. He is looking for a rare artifact, the dagger of the first vampire, which he plans to use to gain complete immortality. Mia teams up with a group of rebels to try and vanquish Dmitry, but things become complicated when she begins to develop feelings for her. Dmitry reciprocates this and it appears people often fall for monsters, while some also fall for their executioners.

The rebels seem to make a political point elaborating that people will always seek to control the downtrodden and even if the literal vampire Dmitry is removed, someone will always have metaphorical fangs around their neck. Mostly shot at night, we see the space of the city through the eyes of what can only be defined as counterculture, be that of the vampires, or the rebel groups. All in all, there is turmoil at a microcosmic and macrocosmic scale in the show. There are themes of freedom, where action abounds and emotions run at an all-time high.

It is interesting to see how the modern day culture and politics of Istanbul represented through the eyes of the fantasy drama, which promises violence and suspense in equal dollops to make you go on a binge.

‘Immortals’ Season 2 Release Date: When will it premiere?

‘Immortals’ season 1 premiered on March 8, 2019 on Netflix. It had earlier premiered as ‘Yasamayanlar’ on September 6, 2018 on Turkish channel BluTV. The first season has eight episodes with an average runtime of around 50 minutes per episode. It is good to see Netflix taking increasing measures at diversifying its content and including shows from other countries in an effort to make their already impressive repository a little richer.

As far as the next season goes, we don’t have an official announcement yet. Though considering the show’s reach, we would be surprised if it doesn’t get another season. Our best guess is that if the show does get renewed, ‘Immortals’ season 2 can release sometime in September, 2019. We will update this section as soon as we hear more.