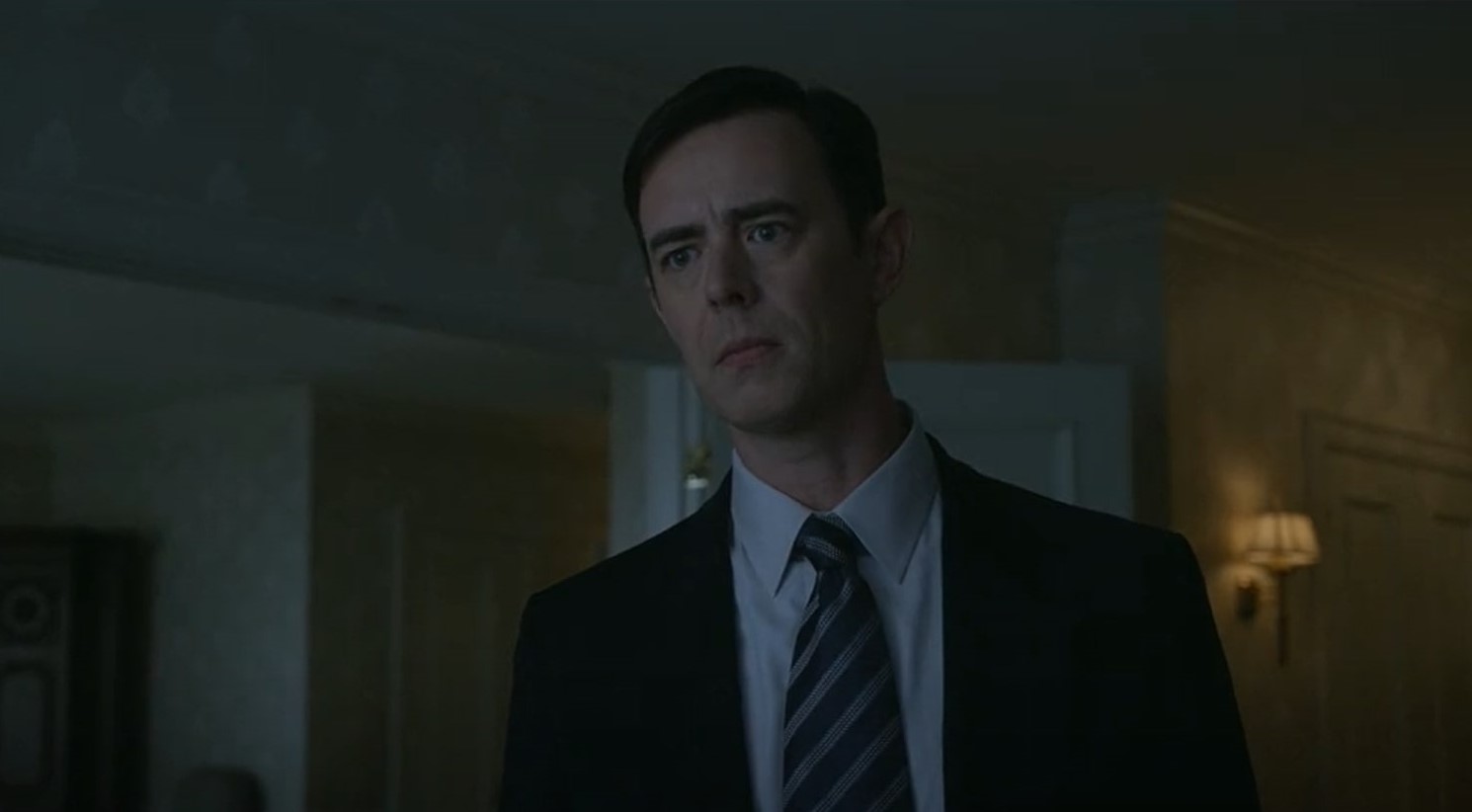 The seventh episode dives into the scandal surrounding Bill Clinton and Monica Lewinsky as the President gives testimony to the public. All hell breaks loose, and the 22-year-old is subsequently exposed to unrestricted public scrutiny and the hatred of the onlookers. Having no other option, she locks herself inside her house. To know more about the latest episode, you can refer to the recap laid out at the bottom. Now, we are here to tell you everything we know about ‘Impeachment: American Crime Story’ episode 8!

‘Impeachment: American Crime Story’ episode 8 is set to premiere on October 26, 2021, at 10 pm ET on FX. The third season of the crime anthology series contains ten episodes, each having a runtime of about 42-45 minutes. Fresh episodes release on the channel every week on Tuesdays.

If you haven’t subscribed to any cable services, you can watch the episode on live-streaming platforms such as Fubo TV, Sling TV, YouTubeTV, Hulu + Live TV, Vidgo, Xfinity, and DirecTV. The show’s latest episodes can also be purchased on VOD platforms such as Vudu, Google Play, YouTube, iTunes, Spectrum, and Amazon Prime Video.

In the eighth episode titled ‘Stand By Your Man,’ Bill Clinton will be expected to admit the truth about his affairs. An investigation into the President’s life would expose the lies he has been feeding the public, and as a result, he will be charged with perjury besides being impeached by the U.S. House of Representatives. He would further be tried for giving misleading testimony in the Paula Jones case regarding his sexual ties with Lewinsky.

Moreover, Clinton’s license for practicing law would be snatched in the state of Arkansas for five years, along with an imposition of a hefty fine. In episode 8 of ‘Impeachment: American Crime Story,’ things are going to get intense real soon. For a closer look at the upcoming episode, take a look at the promo!

Episode 7, titled ‘The Assassination of Monica Lewinsky,’ essays the explosive media outrage that comes after Clinton denies all allegations of him having an affair with Lewinsky. In the middle of that, Tripp becomes the most despicable woman in the country. Even Paula Jones leaves in tears after the President dismisses her testimonial claims.

Lewinsky decides to lock herself inside as a barrage of reporters crowd beside her door. As soon as Clinton calls her “troubled and fixated” on national television, the media exploit her records and release them. The former White House intern is immediately tagged as a psycho, and even her former teacher, who had sexually abused her, gets the limelight and permission to talk against her.

Lewinsky’s lawyer Bill Ginsburg charges into new shows to defend his client, which is not received well everywhere. Soon, Hillary Rodham Clinton hears the news and invites Clinton to one of her events to make a statement. The news soon makes it to the papers, and even a poll by Dick Morris implies that the country is riled up by the perjury. In the end, the media releases Lewinsky’s work ID photo for the entire world to see.