Will There be a Impossible Builds Season 2? 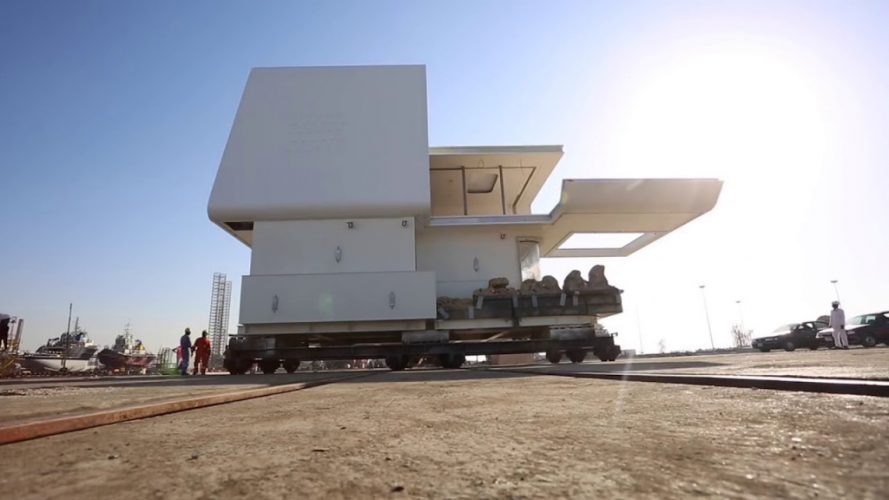 Impossible Builds is an American TV documentary show that airs on PBS. The show is all about giving life construction projects that were until then considered unbelievable to build. The show focuses on incredible futuristic towers, advanced technological constructions with complex designs and a lot more.

The show runs on the notion that everything that is impossible is now possible with the help of revolutionary technology and cutting-edge site-construction materials from pencil-thin skyscrapers, sub-aquatic homes and luxury towers. The show is produced by blink films, Discovery Networks Europe and France Television. The show was released on February 7, 2018, in the USA, with each episode having a run time of 60 minutes. Season 1 consisted of 3 episodes wherein the unimaginable feat was achieved by transforming lost causes into a haven of sorts.

Impossible Builds Cast: Who is in it?

The TV show is presented by Charlie Luxton who is now a blog writer and writes about homebuilding and renovation websites. Aidan Keane is the co-presenter, with Andy Bailey being the director and Carlo Massarella, the executive producer.

What is Impossible Builds about?

In the series, structures deemed impossible to construct are erected with relative ease with a great deal of planning using technological innovations. The plot of the showcases the technologies and plans that are used to create almost all kinds of buildings. One can see how these structures are transformed and given shape. Impossible Builds aims to achieve the impossible, whether it is to construct a building that reaches high towards the sky or is one floating in the sea. The showrunners Charlie Luxton and Aidan Kean took inspiration to start the Impossible Builds after meeting scores of people who included meeting ambitious homeowners who were building dream houses in some remote and challenging locations of UK. During the first episode, they meet Heather Li and Phil Lines who are attempting to build their dream home on a cliff top in Scotland’s rugged northwest coast.

The first episode educates people on the technique used to create incredible construction projects wherein a floating house is constructed, making possible a livelihood beneath the waves. This kind of imagination is bought into reality with the help of a team. The project is the combination of the best of designs used on the land and water. The next episode involves a project being handled in a desert. In “Europe in the Desert,” one can see how six sand islands which are an extraction of the Persian Gulf near Dubai can be transformed into a luxurious holiday destination. The third episode is their most challenging feat. The project “Scorpion Tower” is about constructing skyscrapers while overcoming the complexities like never before and by using materials like never been used before.

Impossible Builds Season 2 Release Date: When will it premiere?

There’s no news on the Episode 4 or Season 2 of the show yet. We will update you once any confirmation regarding the air date or renewal is confirmed.

Watch the clip below to witness extraordinary construction designs that are sure to steal your attention. Decide for yourself if the show should be included in your favourites list or not.