In a Man’s World: Premiere Date and Cast 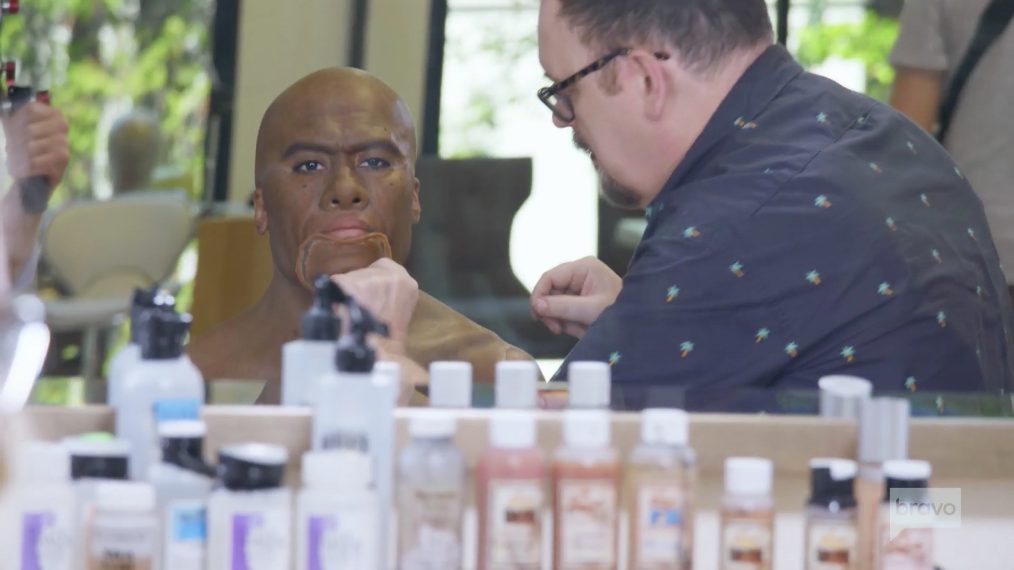 How does it feel to be a man? Attempting to answer this question is Bravo’s experimental reality tv series, ‘In a Man’s World’. Developed as a pathbreaking show that follows four dynamic women as they transform into their male alter egos, this bold social experiment tries to showcase gender bias.  Viola Davis, show serves as the executive producer on the show, shared her excited about the show, saying, “We at JuVee continue our commitment to illuminating the challenges and obstacles of the voiceless. Our goal is to be disrupters. We are so proud of the originality and boldness of ‘In A Man’s World’ and it is our hope that it shifts you a little.”

The show had a successful first season, but will there be a In a Man’s World season 2?

‘In a Man’s World’ throws the limelight on four extremely talented women, who want to be judged by their ability and not by their gender. Toward the end, each of these strong females reveals her true identity as the final act of revenge.

Emily, a star sportswoman in the male-dominated game of pool, has been a top performer in leading tournaments across the globe. However, she has faced harassment from her male peers, especially because of her appearance and style. Le’Dor is an aspiring politician, whose sole aim is to get a seat at the local City Council. However, it seems that voters are more focused on her duties as a mom. She believes that this bias was the sole reason for her defeat in the recent elections.

Sabrina is devoted to the profession of preaching. But while her male colleagues easily get their way, she struggles to earn even the minimum wages. She knows that she does not get more assignments, as men are believed to be “closer to God.” Shital is a daughter from a traditional Indian-American family. She wants to concentrate on her career but her family compels her to focus on marriage and start a family.

What is In a Man’s World About?

‘In a Man’s World’ is about women, frustrated with being looked down by society, family, and peers — only because of their gender. In this show, they vow to flip the script and spend a few days with the same people who had subjected them to bias all these years.

The series follows four women, who temporarily transform into men and take a step inside the world of the opposite gender. The metamorphosis takes place with the help of Academy Award-winning, Special Effects make-up team — Lou and Dave Elsey. Accompanying them are experienced voice and movement coaches, who train the women on how to walk, talk, and look like men.

Each episode of ‘In A Man’s World’ features one woman. After the transformation, she is followed by cameras everywhere. We get to see her disguise after the ultimate reveal and how she is coached for months by experts. Now, that she is the complete package of her male alter-ego, the featured female ventures out into the real world. She goes on with her routine chores and carries on the responsibilities in her profession. Additionally, she also interacts with her friends and family members.

After the complete experience, these women learn several valuable lessons. They realize the extent of gender gaps. They also understand what it is actually like to be a man.

‘In a Man’s World’ resembles a concept that is somewhat similar to the classic social experiment of ‘Black Like Me’, where John Howard Griffin disguises himself as a black man and walks the streets in order to test the difference in social treatment based on race. The Bravo series is also similar to the demonstration by Tyra Banks when she spoke out against body shaming by donning a fat suit.

In a Man’s World Release Date:

As far as the next season goes, the news is that there might not be one. The show was always conceived as a one-off series. Though, don’t rule out a possibility of a spin-off show that reverses the genders and transforms men into women just as to show audiences what does it really feel to be a woman.

In a Man’s World Trailer

You can check out the first look for ‘In a Man’s World’ season 1 right here.