In from the Cold Season 2: Renewed or Cancelled? 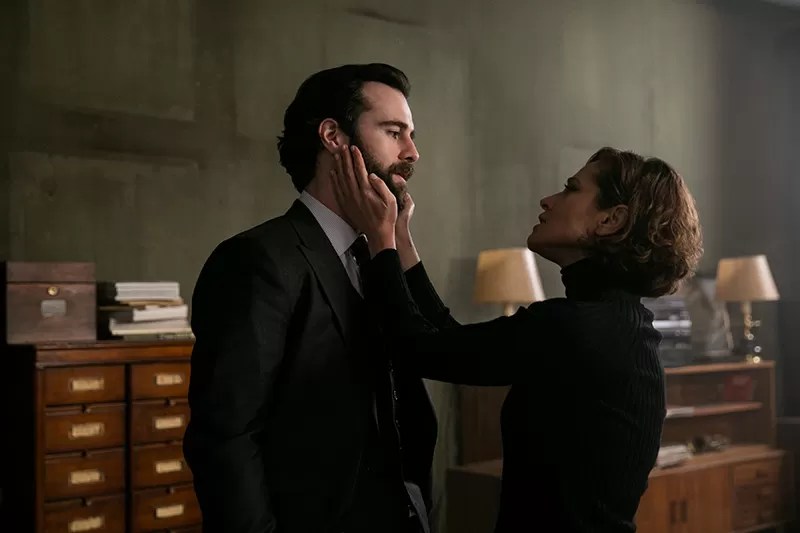 ‘In from the Cold’ is an espionage action series that follows former Russian secret agent Jenny Franklin, who is unexpectedly pulled out of retirement when a CIA operative finds out her secret identity. Thrown into the middle of a dangerous conspiracy that threatens to destabilize the country, Jenny reverts to her former deadly self while also trying to keep her adolescent daughter out of harm’s way.

Written and created by Adam Glass, the Netflix show piqued curiosity amongst critics for its intriguing plot and the protagonist’s use of body-morphing superpowers. Season 1 closes on a fitting cliffhanger, which tells us that the adventure is only getting started. So how far does Jenny’s secret agent saga go? Here’s everything we know about ‘In from the Cold’ season 2.

In from the Cold Season 2 Release Date

‘In from the Cold’ season 1 premiered on Netflix on January 28, 2022, on Netflix. All 8 episodes, each with a runtime of approximately 50 minutes, released simultaneously on the streaming platform.

As far as season 2 is concerned, there have been no official announcements as to whether we can expect the show to continue past its first season. Considering it has recently released, Netflix is likely studying the viewership numbers garnered by the spy action series before committing to a sophomore season.

However, if the season 1 ending is anything to go by, it seems like the show creator is up for another round. The opening season essentially introduces the protagonist by exploring her origin story and then has her vanquish the demons of her past. Thus, potential future seasons can have narratives that pick up from there and follow Jenny’s adventures as an undercover Russian spy/single mother.

For now, initial reviews of the show are not too promising, which might lower the chances for another season. However, titles with less auspicious openings have been picked up for subsequent chapters, so there is still a good chance that we will get to see more of Jenny Franklin and Agent Anya Petrova. If greenlit soon, we can expect ‘In from the Cold’ season 2 to drop sometime in early 2023.

In from the Cold Season 2 Cast: Who can be in it?

If the show is greenlit for a second season, we can expect most of the lead cast members to reprise their roles. This includes Margarita Levieva (Jenny Franklin), Cillian O’Sullivan (Chauncey), Lydia Fleming (Becca), Charles Brice (Chris), and Stasya Miloslavskaya (Anya). Despite Alyona Khmelnitskaya’s character Svetlana Petrova dying in the opening season, it is likely she will continue to appear in flashbacks in upcoming seasons.

In from the Cold Season 2 Plot: What can it be About?

Season 1 introduces us to single mother Jenny Franklin who is revealed to be a legendary former Russian spy. Known as Agent Anya Petrova in her younger espionage days, Jenny is blackmailed by the CIA to help them with a suspected assassination attempt in Spain. The reluctant mother is drawn into a deadly series of events even as she desperately tries to keep her daughter out of harm’s way. In the end, Jenny confronts her old Russian handler, Svetlana, and puts her to death. Season 1 closes with our heroine working as a valuable asset for the CIA, while also functioning as a Russian double agent without the knowledge of the Americans.

Season 2 will likely see Jenny/Agent Anya following her first orders from a Russian intelligence agency after being undercover as a civilian for twenty years. So far, we have seen the protagonist as a former Russian agent working for the CIA. However, any potential future seasons will see her functioning as a double agent who is loyal to the Russians, leading to a variety of dangerous situations.

Jenny’s family dynamic will also likely be explored in season 2, if and when it airs. With Becca becoming increasingly suspicious of her mother’s past, combined with the more active espionage role Jenny has taken on, the single mother/secret agent is going to have a hard time balancing her family with the more dangerous aspects of her life. Becca is briefly targeted in season 1, but a potential season 2 could also see Jenny’s daughter in a much more life-threatening situation.

Read More: Who is Gideon in In From the Cold?