In Ice Cold Blood Season 4: Everything We Know 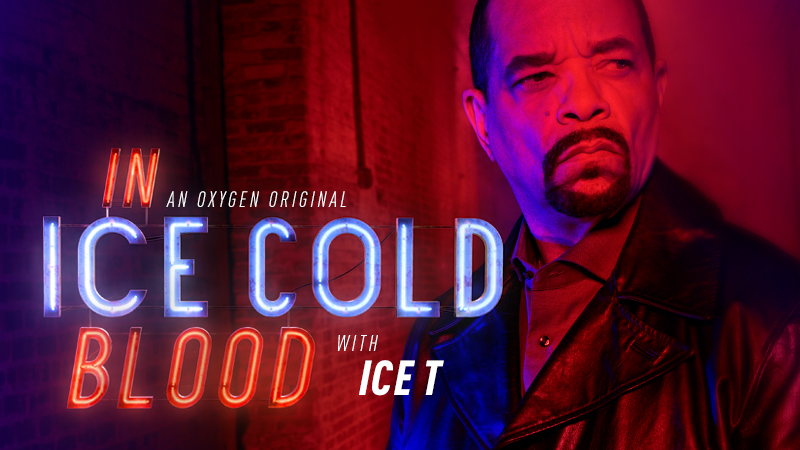 ‘In Ice Cold Blood’ is a true-crime documentary that airs on Oxygen. It premiered for the first time on April 1, 2018. Hosted and executive produced by Ice-T, it revolves around cases, which are a dangerous mix of money, sex, and murder.

The show consists of one-hour-long episodes, packed with mystery, exciting twists and turns, along with some brilliant detective sequences. It gives a chilling account of the consequences when the evil human vices meet. Humans are ruled by greed for money and their hunger for sex and this series gives viewers an accurate description of that.

Inspired by some real-life cases, ‘In Ice Cold Blood’ gives an uncensored look into the extent humans can go to get what they desire. Investigators along with the victim’s family and friends bring the mysterious death plots to life through the show’s captivating narration.

‘In Ice Cold Blood’ is one of the finest titles on Oxygen Media, which describes itself as “a multiplatform crime destination brand for women.” With its gripping narrative, it has spanned three successful seasons to date. Here’s everything you need to know about ‘In Ice Cold Blood’ season 4.

At the center of the show is Ice-T as the host. He stars in the crime drama ‘Law & Order: SVU’ and is a self-proclaimed true-crime fan. The Grammy and NAACP Image Award winner has long been associated with the seedy underbelly of the USA and has had close contact with the streets and what crime looks like up-close.

Ice-T started off as a rapper, and a controversial one at that, with songs like ‘Cop Killer’ that shot him to fame. For someone whose music and acting career are both crime-based, it is but a natural transition to add the job of a true-crime host to his resume.

Joining him in each episode is a rotating panel of law enforcement officers, investigators, and friends and family of the deceased who help shed light on the featured cases — through in-depth interviews and archival footage.

Dramatic re-enactments of the events are carried out by an ensemble cast, which consists of several actors that change with every episode. To name a few, there is the talented Mark Krenik, who is seen in Quentin Tarantino’s ‘Once Upon a Time in Hollywood‘, Gregory Schwann as detective Pettis, and Karen Mitchell, to name a few.

In the upcoming season, we will see more macabre acts of human depravity being explained by Ice-T and then enacted by new, as well as, returning actors who make up the cast of the show.

What Can In Ice Cold Blood Season 4 be About?

This gritty documentary revolves around several life-threatening encounters and the eventual death of the victim. Some of the stories include a missing military person, the ruthless murder of a young student, a newlywed 40-year-old woman who is shot to death as her husband and stepdaughter watch in a robbery game gone awry, among others.

Ice-T guides viewers with his deep voice as the police go on a chase to hunt down the criminal. The series keeps viewers guessing about the next twist and rates high on entertainment value. The chilling depiction of unbridled human emotions is what draws the viewers and makes the show so irresistible.

As the series explores America’s most lustful killers, the show is a psychological study into what motivates humans to commit the most despicable of crimes. The two most common answers are money and sex.

Season 3 gets even darker, featuring more obsessive criminals and extremely personal crimes. Among the cases covered, we see incidents involving strangulation, arson, and more. As one of the victims says, “Twisting! Twisting my head back and forth, trying to break my neck. It was devastating.”

One of the episodes narrates the brutal stabbing of a hot-shot defense attorney. Detectives are left speculating if this is a workplace accident or an act of a sinister web of lies, betrayal, and terror. There is this other case of a community coming together in order to avenge the murder of a young woman. What they unearth is a world of double identities, infatuation, and obsession. However, this particular incident, when it really happened, had led to the arrest of several felons and to the self-defense training of innumerable women.

The next season will stay true to its premise of lust, drama, sex, passion, hunger for money against the backdrop of a murder mystery. New detectives and expert investigators are expected to step in as we explore the murder, mystery, and the macabre, the perversions that have always fascinated humanity.