Will There be a In The Shadow of The Moon Sequel?

If you are looking for an answer without twisting the knots, a sequel to Netflix’s latest time travel mystery thriller may not happen after all. For any original property at Netflix, there are slightly different factors that decide whether a film or potential franchise maker will see a sequel or not. Those metrics surely do depend on audience numbers, that is, the number of people watching the show or the film in the first week and month, and that in turn is used to gauge the longevity of the property.

To give you a fair idea, within this last year, Netflix saw the release of at least two original films every single week. You can do the math as to how many those amount to over a year, but the only Netflix sequels that we know as of now to be in development are ‘Bird Box’, ‘Bright’, and ‘To All the Boys I’ve Loved Before’. You’d know how big these films were, both in terms of the viewership when they opened, and the number of people they have kept engaged over the months. 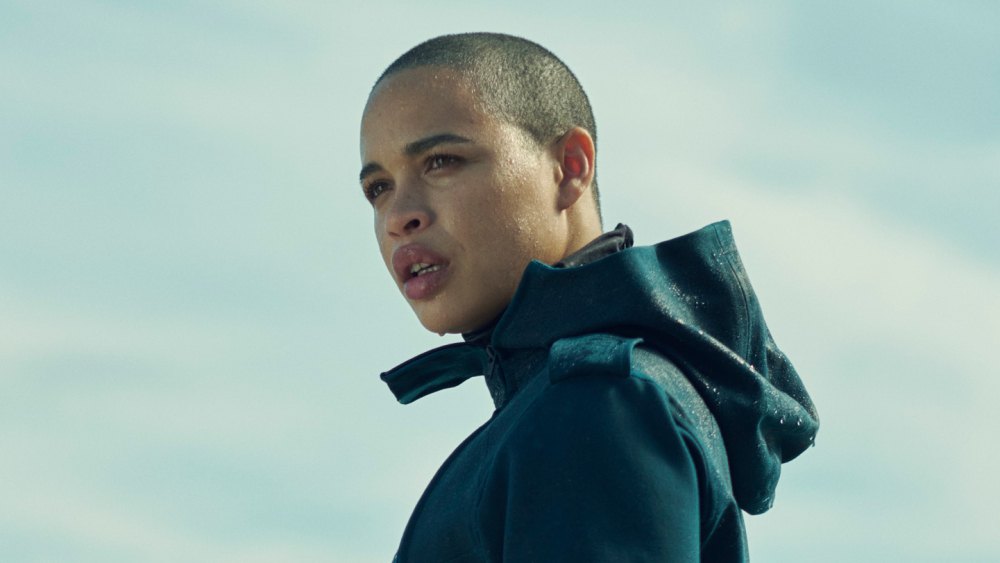 Netflix’s latest ‘In The Shadow of The Moon’ deals with a cop, Thomas Lockhart in 1988 Philadelphia whose regular night of patrolling goes for a toss when multiple people are killed by hemorrhaging under mysterious circumstances with no apparent links except a mark behind their necks. The potential killer is recognised shortly after through clues from a recent victim, but she slips through Thomas’ hands, with the night ending in tragedy for Thomas. Even as he tries to move on, the killer strikes again every nine years, claiming lives the same way. With the case defying any possible scientific explanation, Thomas dives deeper into the case losing his grip over his own personal life, waiting for the same day every nine years when the killer resurfaces. How Thomas solves the mystery of this killer, discovering the logic behind the same killings occurring every nine years and the possible time travel across lunar cycles forms the rest of the film.

Going forward too, Netflix’s focus remains on original properties, both the acquisition of them and home production. Netflix’s ‘Roma’ win last year at the Oscars for best Foreign Film was no small feat as I have stated in a few of my write-ups previously. With its recent production of the upcoming ‘Marriage Story’ and ‘The Irishman’, both home-grown properties, they are definitely up for a shot at the big title. Among these high-profile projects, it seems unlikely that the folks over at Netflix would want to invest in a sequel to a sci-fi thriller, which has anyway rarely been the case for the streaming giant. This is also especially considering that even if the film opened well, its current critical scores aren’t looking as good as they were last night, and audience reception too has been lukewarm, despite the film having intriguing trailers and a potentially solid plot, atleast in the first half.

Coming to the film itself, since all possible avenues in the current scenario of franchises stem from either the ending of the film, or a possible mid or post-credits scene (which the film doesn’t have), we will continue our exploration along those lines. As I have stated in both my review of the film, and its detailed explainer, the ending of the film is spelled out in bold, highlighted letters, figuratively ofcourse, and nothing is left to the imagination which is one of my qualms from the film. Not that I don’t like sorted and clear endings, but in this case, I am sure viewers could have done with a little twist in the tale or a last-minute unresolved thread. Just keeps the discussions going.  Therefore, the film, the plot or its ending leaves virtually no avenue to be explored in a possible sequel, if at all it happens.

From a production stand point too, virtually nothing has been heard from either the actors, including Boyd Holbrook, Cleopatra Coleman, Michael C. Hall or its director Tim Mickle, which leaves us only in the midst of speculation as to whether a sequel would happen or not. Slowly and surely, the situation will be clearer in the days to come as we have an idea how the film fares commercially (since Netflix doesn’t release viewership numbers), but for now, given the uneventfully low amount of noise for the film and the sequel, it seems as though a sequel might not be happening any time soon. Fingers crossed for this one for the fans.

Read More in Preview: Will There be a Midsommar Sequel?