Industry Episode 7: How And Where to Watch Online? 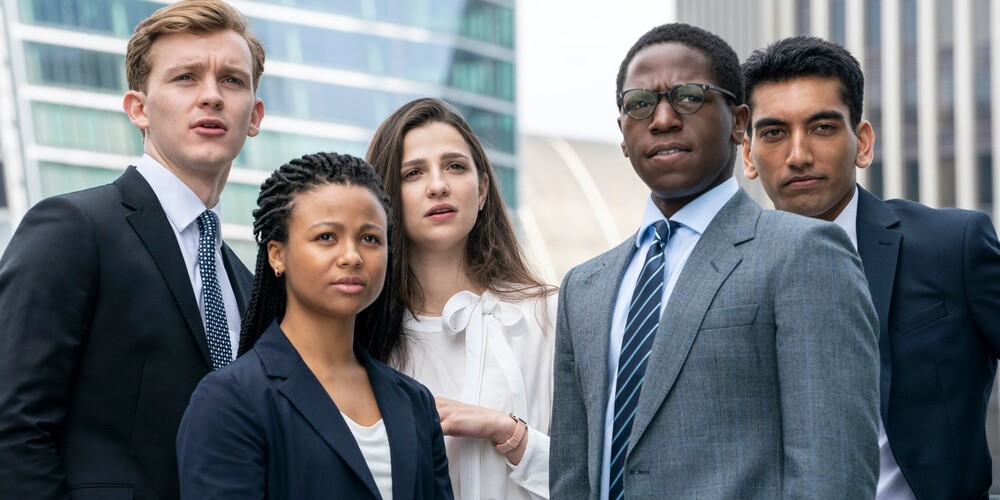 In the sixth episode of ‘Industry’, Daria notices Eric’s inappropriate behavior towards Harper and insists that Harper stay close to her all through the duration of the Christmas party. Yasmin is given the task of getting Maxim to attend the Christmas party, and Greg, after being publicly humiliated by Eric in front of the entire team, is in a bad shape and the party environment makes it worse. You can read the in-depth summary of the latest episode of ‘Industry’ in the recap section. First, let’s see what the upcoming next episode has in store.

Where to Stream Industry Episode 7 Online?

‘Industry’ premieres new episodes every Monday at the above-mentioned time slot. ‌If you’re a current HBO subscriber, you can catch the episodes as and when they air on TV. Additionally, you can also watch the show online on HBO’s official website. The series is streaming on HBO Max as well. NOTE: HBO Max released episodes 4 to 8, all at once, on Friday, November 27, 2020, making the entire season available to binge at one go.

If you’ve ditched the cable, then you can check out the episodes on live-streaming platforms such as DirecTV and YouTube TV. If you have HBO Max added to your Hulu pack, you can also stream already released episodes on Hulu. Finally, ‘Industry’ can be streamed on Amazon Prime, if you have HBO added to your Prime subscription. Following their US release, new episodes of ‘Industry’ also drop on BBC Two the next day at 9.15 pm. British viewers have the option to stream the series on the BBC iPlayer service.

‘Industry’ Episode 7, titled ‘Pre-Crisis Activity’, has the following synopsis (as outlined by HBO) – “With Reduction in Force (RiF) day approaching, the grads decide to have one last blow out. Yasmin organises a pre-RiF supper club to allow the grads to blow off some steam. Seb agrees to do the catering with disastrous consequences.”

The sixth episode of ‘Industry’ is titled ‘Nutcracker’. Everyone leaves the trading floor for one night as they attend the office Christmas party, but it turns out to be an unmitigated disaster. Being a part of HBO’s ‘Industry’, the episode finds a way to be Christmassy as well as steamy. Eric’s inappropriate behavior towards Harper does not go unnoticed and Daria steps in to rescue Harper. But Harper is too busy spying on Yasmin and Robert. Greg is still extremely sour that Eric embarrassed him in front of the entire team at Pierpoint. Robert is supposed to keep a watchful eye on Greg but he gets distracted by Yasmin’s presence. Yasmin herself is surprised to find Maxim at the party after he had told her he wasn’t coming.

Gus’s growing disenchantment with the company is solidified when he is paraded around for PR and he ends up blowing off some steam with Theo. Robert learns that he might be in danger of losing his job and things are made worse when Greg, extremely high on coke, smashes into a glass window and slices his head open in front of everyone at the party.