When Will Infinity Train Season 3 Premiere on Cartoon Network? 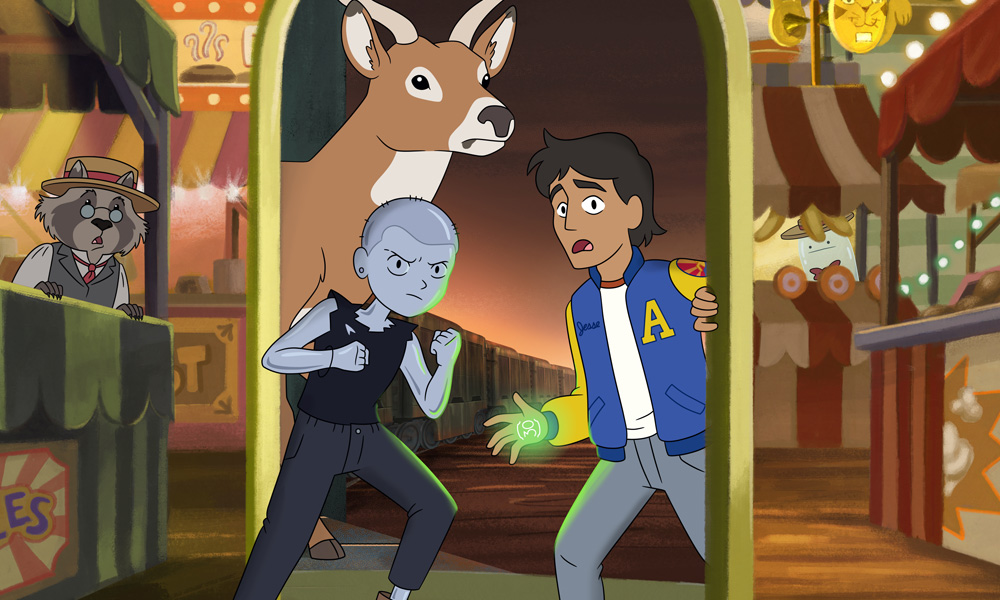 ‘Infinity Train’ is an American teen drama tv series that airs on Cartoon Network. It is about the adventures of a teenager who is sucked into a mystery train after she runs away from home.

The pilot was highly lauded by the viewers, who started a petition demanding a full-fledged animated show. The prayers were answered as Cartoon Network launched a teaser on March 2, 2018, which confirmed the launch of ‘Infinity Train’: ‘Book One – The Perennial Child.’

Cartoon Network has been the go-to destination for all the kids who love animated TV shows. Although it originally featured shows that cater to the younger lot, much has changed over the last few years, after the introduction of adult shows like ‘The Amazing World of Gumball,’ ‘Steven Universe‘ and ‘Adventure Time.’ One of the other additions to the list was ‘Infinity Train’, which is also touted as one of the best young adult animated adventure shows.

‘Infinity Train’ has been well-received by audiences and critics alike, owing to its unique storytelling, witty humor, outstanding voice performances and the show’s ability to throw light on the role of emotional dependency in friendship.

After a successful second season that concluded in January 2020, are you excited to know if ‘Infinity Train’ season 3 will leave the station? Read on to know!

Infinity Train Cast: Who’s in it?

Ashley Johnson lends her voice to the protagonist Tulip, who is on a quest to get back home after boarding a mystery train. She makes new friends on her journey, a literal split personality robot One-One, that can split itself into two different robots – Sad One and Glad One. The show creator Owen Dennis voices the Sad One and Jeremy Crutchley lends his voice to Glad One. Ernie Hudson has voiced the noble Corgi King Atticus.

Season 3, as and when it happens, is expected to see the lead cast reprising their roles but lending their voice to new/existing characters. We will update this section if we come across any updates of fresh additions.

Infinity Train Plot: What is it about?

Citing a flight from China to the United States, as the motivation behind the show, Owen spoke to Comicbook, stating, “There’s this part of the ocean that’s really big and quiet, and it’s very still. The plane was flying over that section and I’d woken up. I looked around, and there were a bunch of people staring into screens in the dark in this quiet room. I thought this was kind of creepy. And it sort of started from there.”

He decided to change the base from a plane to a train and thus was born, ‘Infinity Train!’ Owen further added, “I started thinking about what kind of person would grow the most from being a place where every single train car is a different experience, a different everything all the time. What sort of things can you learn from having to do that?”

Talking about the origin of Tulip’s character and her love for science, Owen revealed that he got the idea after a few women from Google paid a visit to the Cartoon Network.

In ‘Infinity Train’ season 1, Tulip, daughter of Megan and Andy Olsen, runs away from home after being prevented from attending a game-design camp and ends up on a mysterious train. She discovers that each compartment has a door to a different world and she must solve the mysteries to find a way back home. She finds a few companions to aid her (really though?) to victory. The season finale ends with Tulip facing a difficult choice and her arc seemingly wraps itself up in final minutes, with no scope for a return in season 2.

Called ‘Book Two: Cracked Reflection,’ ‘Infinity Train’ season two introduces an Arizona resident Jesse Cosay, another passenger wanting to get off the train. He is accompanied by a white-tailed deer Alan Dracula and Mirror Tulip from season 1. The second season focuses on Jesse’s adventure, which is a smart move considering Tulip’s character arc is pretty much completed by the end of season 1.

Season 2 follows Jesse, who finally makes it back home and reconciles with Nate. But he is brought back onto the train because he wants to rescue MT. One-One gives a new number to Jesse, who, in turn, wishes to make MT disembark from the train — but this is not the train’s purpose. Toward the end, MT comes to know that her metallic skin can reflect Jesse’s number, putting them both in an endless loop — because of which they both can leave the train. MT reaches Jesse’s home and then she decides to name herself Lake.

Plot-wise, we are sure that the story could go anywhere from here in season 3 when it is renewed. And we are also certain that the series will continue to tell more incredible stories set in this super interesting world.

Infinity Train Season 3 Release Date: When Will it Premiere?

‘Infinity Train’ season 2 premiered on January 6, 2020, on Cartoon Network. The 10 episodes show aired over a period of five nights, ending its season run on January 10, 2020.

The creators have already confirmed that “Infinity Train would continue as an anthology series, with future seasons telling different stories with different characters.” And considering the built-in fan base, it has assembled for itself in such a short time, we would not be surprised if it gets renewed soon enough. If things fall in place, Infinity Train season 3, when renewed, should premiere sometime in August 2020.

While we wait for an update on season 3, you can check out the official trailer for Infinity Train season 2 below