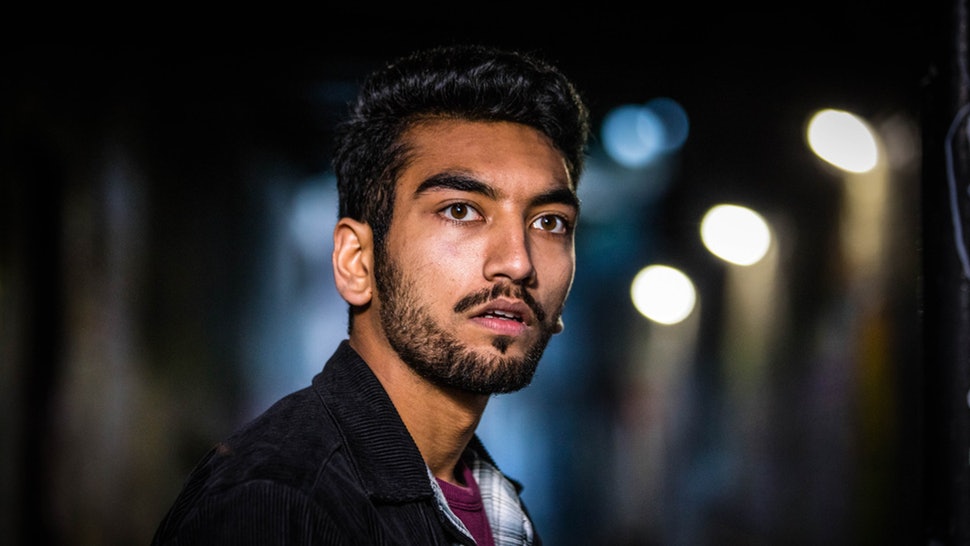 True crime as a staple genre for many TV networks specializing in unscripted programmes. It is almost universally lauded as the perfect form to synchronize the curb appeal of crime fiction with the informational and didactic value of a documentary. Sadly, though, even as the single most popular genre to rival the best of nearly every decade in both film/TV and in written fiction, crime is a mixed bag on the dramedy side. And if we tally subgenres, it is almost inevitable that a crime-based dramedy will have to fall prey to at least one generic trope and/or theme constrictions that will dampen its merit and its quality.

Cop procedurals do really get the short end of the stick in this case: the very idea of a sustainable form extracted from police-work is under the imminent threat to succumb to the pitfalls of the tropes. Tropes are not an inherently bad element – it is just that some of the complications that cop procedurals go through when they have to sustain a two-cour run for multiple seasons is that the material for plot intrigue stretches thin, and eventually it gets to the stage where small-time cops are employed in investigations that demand the attention of the highest order in the national police/paramilitary system, et cetera. The saving grace for crime is about anything that concerns detective fiction.

However, the true crime vibe, which is a much-craved new aspect of incorporating realism into crime fiction, is often found in more focused and tightly knit tales about the criminal world where detectives and police-work are not necessarily the centrifugal force. Take for example BBC One’s ‘Informer’ from the Neal Street Production house. Rather than hyperactive mall cops or some detective busybody, the show instead focuses on a police informant – something we do not see a lot as the focal point save for undercover cop gigs. Informer first premiered as a six-part series on January 11, 2019.

Informer Cast: Who’s in it?

The show, in particular, does not bank on any star-power, and the cast is instead drawn from a pool of readily available British actors who are familiar to the silver screen crime dramedies. Make no mistake, though, in thinking that it has an amateur cast – because, at the same time, it features Patrick ‘Paddy’ Considine as detective Gabe Waters. A veteran actor, you will probably remember him if you have watched Cinderella Man (2005), but he has also starred in a number of other AAA theatrical production, including Bourne Ultimatum.

Opposite Gabe, representing the role of Holly Morten is Bel Powley, who has also had a prolific acting career on the big screen including such titles as The Diary of a Teenage Girl (2015) and Carrie Pilby (2016). The de facto central figure of the show, Raza, has been portrayed by Nabhaan Rizwan, who is relatively newer on high-budget TV productions compared to Paddy Considine, but he has already put out some great performances both in this show and in Mughal Mowgli (2019).

The upcoming season remains a mystery to us, but we can at least assume that these three central characters will occupy the limelight again – so we can certainly expect Paddy Considine, Bel Powley, and Carrie Pilby to be back, alongside other major figures like Sharon Clarke as Rose Asante and Arinze Kene as Sal Brahimi.

Informer Plot: What is it about?

Premise-wise, Informer is not particularly trend-setting or anything bold and novel. It starts off following the footsteps of Raza, the low-level roguish goon who gets tangled up in a drug bust, and is subsequently given a choice by the police: he must act as an informant for a counterterrorism intelligence unit. What shines about it is how the show handles this narrative – as a disjointed puzzle that is pieced together almost in a staccato rhythm between cuts that leap across time and perspective.

At its core, the story of ‘Informer’ relies largely on the dynamic relationship between Raza, the informant who must risk his life to provide information to his handler, Gabe Waters, who holds a network of informers to make for an effective counterterrorism unit. As for the rest of the plot, (spoiler alert) the season finale is a huge cliffhanger – with Raza discovering his brother as the man behind the café shooting – leaving an ample thread for a second season to chew on.

Informer Season 2 Release Date: When will it premiere?

Informer season 1 premiered on January 11, 2019. With the cliffhanger ending, it is immediately evident that the writers originally planned for at least one more season, since we barely get closure on any count. That being said, co-writer Sohab Noshirvani confirmed that talks have been held about a prospective season 2. He also admitted that Informer was not planned to be a one-off. “I will say that when we first came up with this story, we imagined it as more than one series.”

Even though the story is far from over, there has been no news from Neal Street or BBC to confirm a renewal. “We have no idea. Definitely, conversations have happened, but we don’t know,” added Rory Haines, also the writer of Informer.

The release dates for the next season of Informer, therefore, remain TBD till we get further updates from official sources. Given the high production value of the show, it would still be an elaborate affair despite the small running time the season seems likely to have – so if we were to make a wild guess, we could look at a late 2020 release date for Informer season 2, given that the show still has not been officially renewed at the present. We will be monitoring the likely sources for more news regarding this, so keep a tab on us to stay updated!

There is no news about the network renewing the show for a new season. Fans will have to wait for official announcements, and meanwhile, there is also the convenience of streaming the debut season online on Amazon Prime. If you have been looking to dig into the show for the first time, a great head start would be the official trailer for the original first season, which you can watch here.