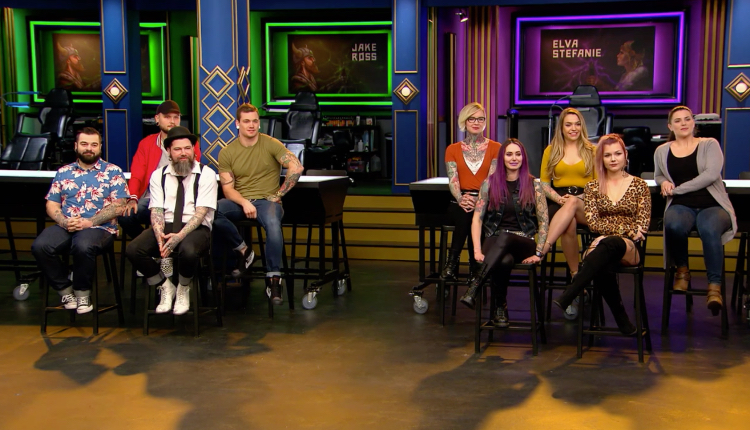 If you are a devoted fan of Ink Master, you will know that one of the toughest tasks is the pin-up challenge. Why? Because the artists not only need to create tattoos in a very small space, but they also require to design a very intricate pattern — accurate to the tiniest of details. No wonder, this day is a difficult one for the contestants.

Well, this week’s episode 9 brings up the pin-up challenge. So, are you wondering who is able to survive and who leaves? You can scroll down to our recap section for the complete details.

But if you are already done with the episode, you might know that the show is all geared up toward releasing the next episode. Read on to know the airing and streaming details of Ink Master Season 13 Episode 10.

Ink Master Season 13 Episode 10 Release Date: When Will It Premiere?

The tenth episode is called ‘Every Artist for Themselves’. Its official description goes as follows: “The artists have to prove that they are tough enough to battle in the Turf War.”

In episode 9, the Skill of the Week is Artistry. The Flash Challenge asks the artists to create a sculpture by suspending colored buttons from a fishing line. In this round, the winners are the Midwest and East teams. In the Elimination Tattoo round, the contestants are required to design a full pinup tattoo from head to toe.

In the pin-up round, all of the tattoos are interesting and unique. Jerrel Larkins is awarded the best tattoo of the day because of his fantastic design in a super-tight window. Even his canvass is seen burning up with fever and coughing every now and then but he manages to finish his design first. Angel Rose delivers an equally tough competition with her brilliantly composed emerald pin-up tattoo.

The members of the East team struggle, including both Jessa and K Lenore Siner. As a result, they end up at the bottom place, accompanied by Jason Elliott from Team South. K Lenore Siner is evicted this week. The woman is still young and has less experience as compared to the other participants. Hence, the fact that she had made this far is good enough.