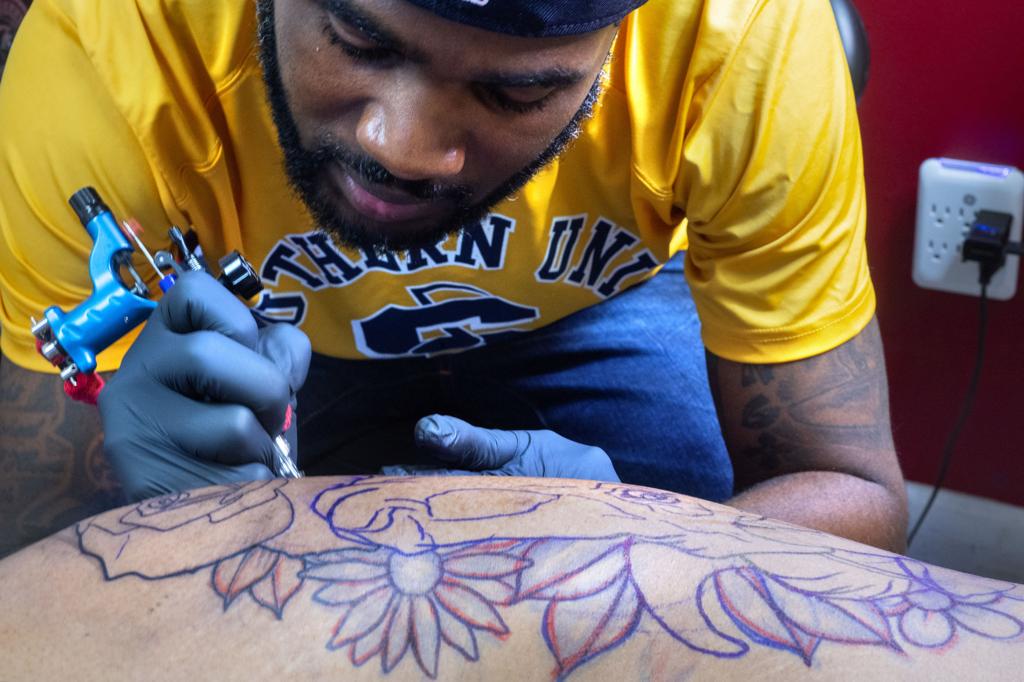 The 13th season of ‘Ink Master’, rightly called ‘Ink Master: Turf War’ is all about pride. Tattoo artists from all across the US not only participate to win the grand prize of $100,000 but also to rep their regions. It debuted on Paramount Network on Tuesday, January 17, 2020, and sees contestants battling it out in four teams — the East, West, Midwest, and South. As judge Chris Núñez said in the contestant-introducing clip on YouTube: “Pride is a primal instinct. Since the beginning of time, people have always battled to keep their space safe and sacred, and this is going to be no different.”

The series recently aired its third episode this week. So, are you done with episode 3 yet? If yes, you must be anticipating what to expect from the next episode. Well, read on to know the airing, streaming, and synopsis details of Ink Master Season 13 Episode 4.

Ink Master Season 13 Episode 4 Release Date: When Will It Premiere?

The fourth episode is called ‘Battle Lines’. Its official description goes as follows: “The Artists must rely on the strength of their teamwork … and line work in a painstaking test of legibility. The Turf War intensifies for $100K and the title of Ink Master.”

Episode 3 of Season 13 of ‘Ink Master’ is titled ‘Teamwork Makes the Dream Work’, where we follow a complicated yet engrossing tattoo marathon. As the title suggests, the teams are asked to collaborate and unify their creative prowess to conceive a tattoo that would help them stay in the game. Mid-West wins this round and there’s no doubt that their creation is spectacular.

Next is the team tag challenge, where the tattoo artists are replaced every 60 minutes and the judgment is passed on the uniformity of the design. During the episode, two teams end up in a tight spot – team South and team East. The latter team considers themselves as an advantageous position since they have an American traditional expert, Jimmy Snaz, who is an expert and is much experienced than anyone when it comes to this specific task.

The Weirdest Tattoo Out There Award is given to Jason Elliott. And we agree with this decision. After all, his fairy tattoo with four boobs and a rooster head is out of the world – literally! Moreover, his exceptional linework and solid color choice are to be appreciated. Toward the end, two artists land up in jeopardy – Patrick Flynn and Money Mike. By the end of the episode, Patrick has to say goodbye.

In the upcoming episodes, we hope that teams East and South get their acts together. Until now, teams West and the Midwest have been surpassing them at all levels.