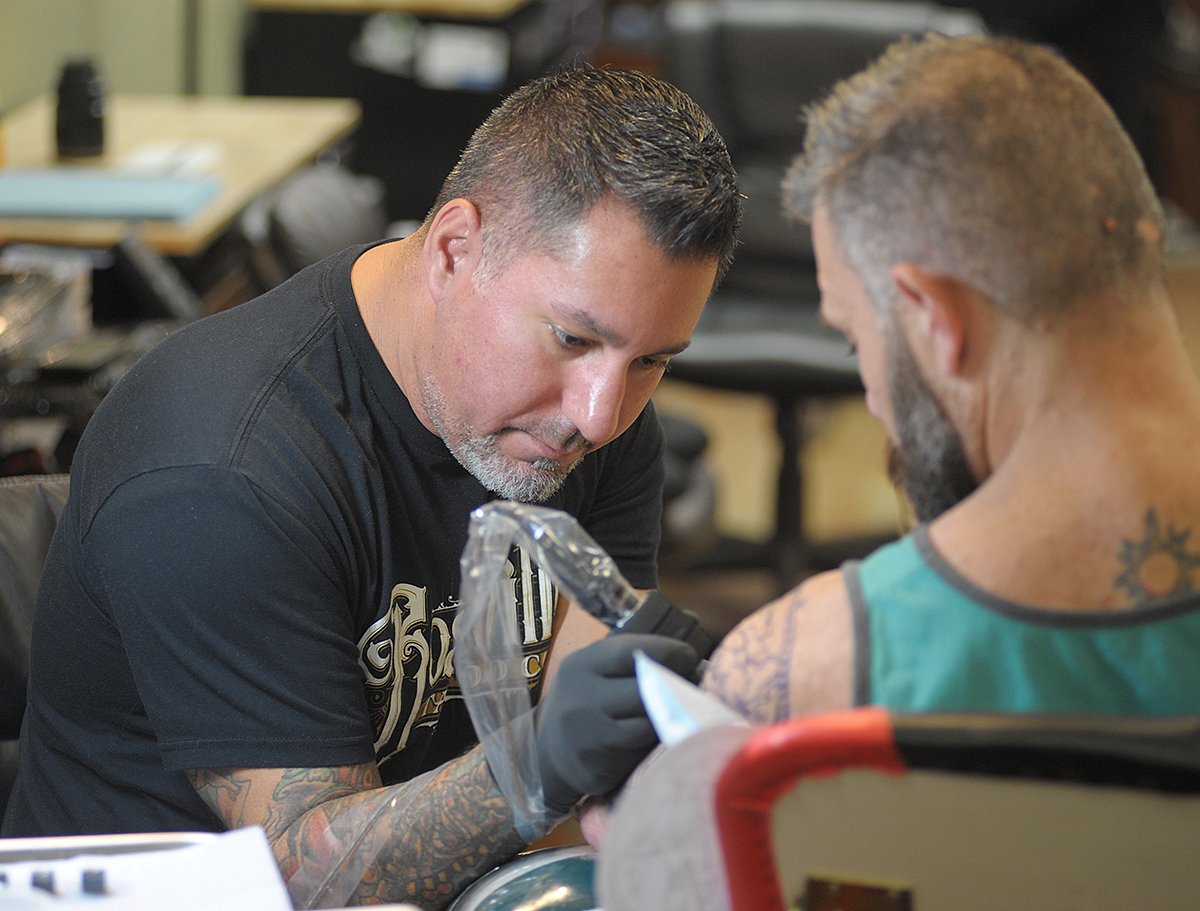 This week, on Ink Master: Turf War, we witness pops of colors — all in the brightest shades of neon. Spectacular as it might seem, the challenge is equally complicated — since it is what the elimination round is all about. Hence, the team members also face increased stress and the tension of landing in the rejection list. Of course, with the stakes getting higher every week, we could not expect anything less.

We will detail whatever happened in episode 6 in our recap section. But if you are already done with the episode, you might know that the show is all geared up toward releasing the next episode. Read on to know the airing, streaming, and synopsis details of Ink Master Season 13 Episode 7.

Ink Master Season 13 Episode 7 Release Date: When Will It Premiere?

The seventh episode is called ‘Head Spin’. Its official description goes as follows: “A Team Challenge takes the Artists for a spin leaving them dizzied and out of control; the Turf War grows more intense than ever as the battle continues for $100K and the title of Ink Master.”

In episode 7, the Skill of the Week will be Adaptability. In the Elimination Tattoo round, each artist will have to start a tattoo. After one hour they must leave whatever they have completed and switch the tattoos within their teams. Each tattoo must showcase a different style and design.

The Skill of the Week this time is Contrast and the Flash Challenge requires the artists to design a tattoo by putting cups in each diamond on an 8′ x 36′ chain link fence. The winning team of the day is Midwest and the Elimination Tattoo round tasks the contestants to design neon light tattoos.

The Best Tattoo of the Day goes to Angel Rose. She creates an exceptional artwork of a neon light surrounded by chaos. The ones in the bottom are Jordi Pla, Raul Ugarte, and Jordan Allred. Jordan is called out because her baseball tattoo seemed to be really off to the judges. According to the panel, her design lacked technical finesse. Finally, Jordan Allred is eliminated in this episode.

Well, that’s all! The episode does leave us with one important lesson. In the world of Ink Master, anything is possible — anything can take a different turn depending on the canvas and the tattoo type assigned as a task for that particular day.