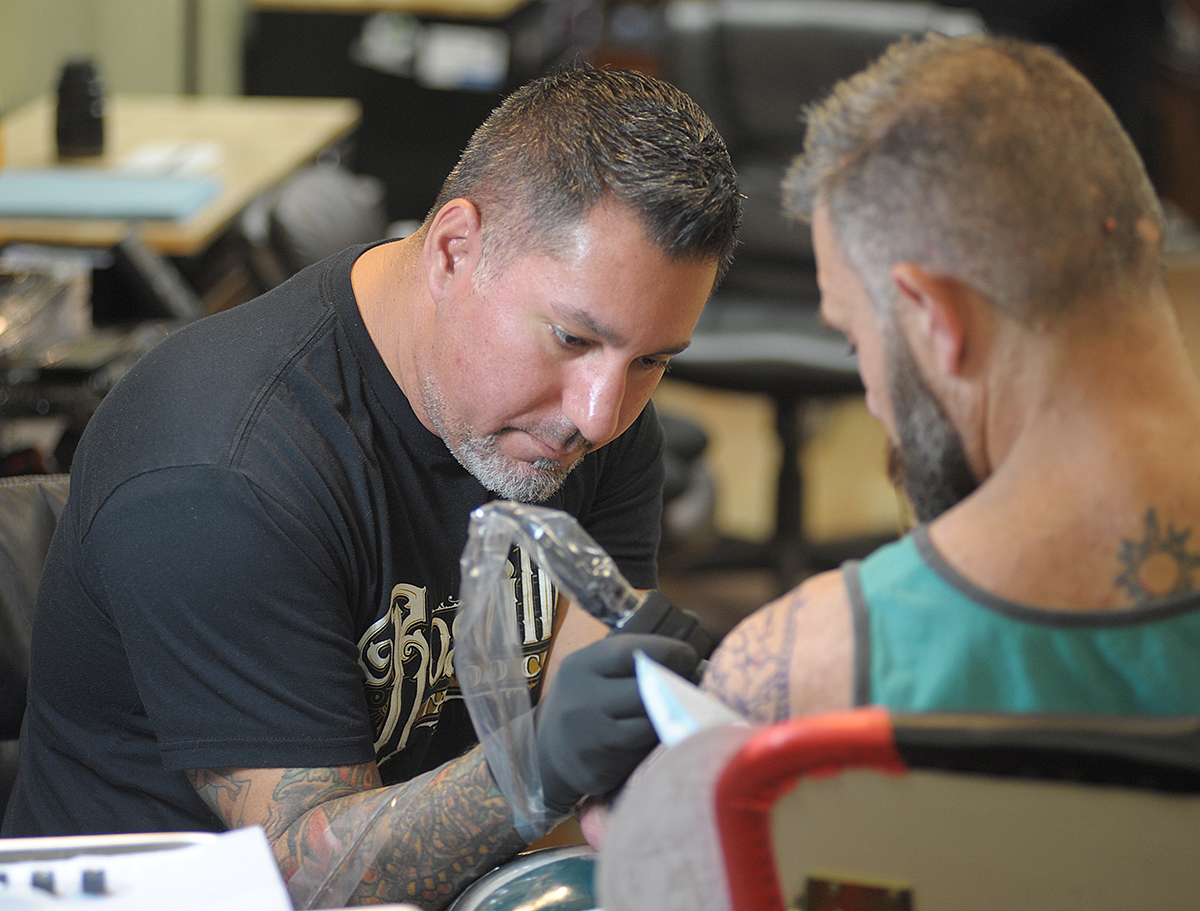 Last week, in Ink Master: Turf War, we witnessed a major twist in the elimination round. Jason Elliott was evicted but he was saved at the last moment after being pardoned by Dave Navarro. But does a pardon guarantee a long-term stay in the competition? Well, it does not. And as a result, he has to work extra hard in this week’s episode.

In episode 8 that aired on February 25, 2020, the teams are given multiple tough challenges. Not only is it color theory week but they also have to deal with tattoos revolving around new-school food. So who manages to stay put and who has to call it quits? We will detail whatever happened in episode 8 in our recap section.

But if you are already done with the episode, you might know that the show is all geared up toward releasing the next episode. Read on to know the airing, streaming, and synopsis details of Ink Master Season 13 Episode 9.

Ink Master Season 13 Episode 9 Release Date: When Will It Premiere?

The ninth episode is called ‘Artistry on the Line’. Its official description goes as follows: “The teams are put to the test in artistry with an Ink Master favorite: pin-ups.”

In episode 9, the Skill of the Week will be Artistry. The Flash Challenge will task the artists to make a sculpture by suspending colored buttons from fishing strings.

The Skill of the Week in episode 8, called ‘Sugar Rush’ is Color Theory. The Flash Challenge requires the contestants to showcase color theory by sticking candy on an 8′ x 8′ board. The winners are the members of the Midwest team. In the Elimination Tattoo round, the remaining artists are tasked with the challenge of creating new school food tattoos.

Well, Jessa Bigelow and K Lenore Siner find themselves at the bottom in this episode, alongside Jordi Pla. After all, it’s extremely difficult to deal with tattoo concepts when you don’t have a whole lot of color build into them. Jordi’s tattoo, which involves ribs, is called out since it is not legible enough. Ultimately, Jordi has to leave this week.

Well, this means that Jason Elliott is the only one remaining from the South team. Even the East has only three members remaining. The Best Tattoo of the Day goes to Jimmy Snaz.