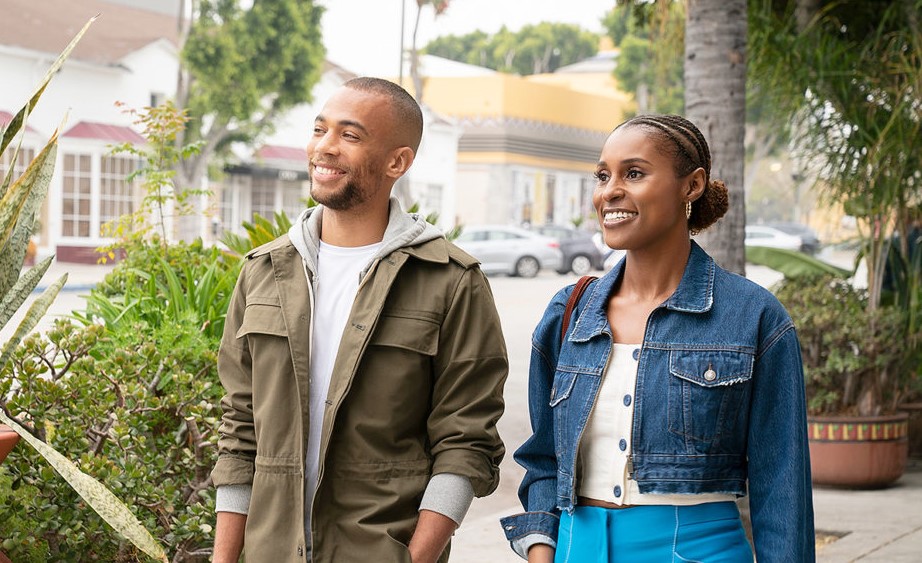 In the penultimate episode of ‘Insecure,’ Lawrence returns to haunt Issa, which undoubtedly complicates her love life. She finds herself at the mercy of a neverending phase of indecision. Meanwhile, the other characters make significant leaps in their personal lives. It starts with Tiffany preparing for the big move and ends with Lawrence making a grand confession. To know about these events in detail, we have outlined a refresher for you. In case you are wondering when the final episode of the series will release, and what we can expect from it, we have got you covered.

‘Insecure’ season 5 episode 10 is all set to air on December 26, 2021, at 10 pm ET on HBO. The fifth season consists of ten episodes with a runtime of 27–41 minutes each. The next episode is the series finale that you may watch live as and when it airs.

You can watch ‘Insecure’ season 5 episode 10 by tuning to HBO at the aforementioned date and time. If you are keen on watching the show online, you can do so by logging onto HBO Max. If you don’t have a cable subscription, you can stream the episode online by choosing between Direct TV, Xfinity Stream, Spectrum, and YouTube TV. Furthermore, new episodes will be available on Hulu by adding HBO Max to your existing package. You can also stream the previous seasons of the show on-demand on Amazon Prime Video, iTunes, Vudu, Google Play, and Microsoft Store.

The series finale, titled ‘Everything Gonna Be, Okay?!’ will be a highly emotional one. Issa might make a decision to move to a different city. She will be utterly unsure about her future, but it would also seem as if she is meeting her friends for the last time before leaving. She will also confront her deepest fears and insecurities in the process. Issa’s love life, on the other hand, might get sidelined as she tries to discover who she truly is. You can watch the promo here if it interests you!

Episode 9, titled ‘Out, Okay?!’ becomes a medium for the characters to let out their emotions unbridled. Lawrence admits that he loves Issa while Tiffany meets her friends in Los Angeles for one last time before moving to Colorado. Molly and Taurean become more than just hook-up buddies. On the other hand, Issa is unsure whether to accept MBW’s offer or stay with Crenshawn. She is also searching for apartments with Nathan but hasn’t made her final choice.

Ever since Lawrence has moved back to the city, Issa has been feeling majorly confused about where her heart lies. Issa’s lovers then meet for the first time at Tiffany and Derek’s farewell party. The tension between them turns out to be palpable. In the meantime, Issa meets Condola and congratulates her. Although the Smiths walk in as a family, Condola spots Lawrence staring at his ex with deep longing.

Molly and Taurean secretly consume edibles, and then they hook up. Molly admits that she is scared of hurting people, and Taurean softens up to her. Before the party wraps up, Nathan sees Lawrence confessing his feelings for Issa despite her telling him to talk to her some other time. He is willing to fight for her now that he is a changed man, but Issa is not sure if that would help. In response, Nathan ends up yelling at Issa. She reaches for his arm, but his anger gets the better of him. He ultimately asks her to give him some to calm his nerves.