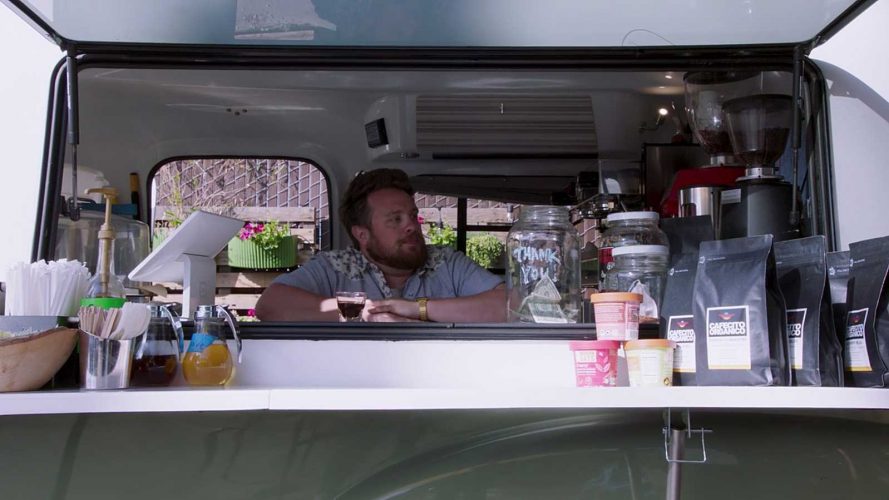 Inside Jokes is a comedy series that premiered on November 30, 2018, on Amazon’s Prime Video featuring stand-up comedians struggling to make a mark in the stand-in comedy world through Just for Laughs, a renowned comedy festival held in Montreal. The new faces participating in the competition are in hopes of launching their career in comedy on one of the biggest and most popular stages known to comedians.

Inside Jokes Cast: Who’s in it?

The first season of Inside Jokes takes a look at the highs and lows of seven up and coming comedians which includes JC Currais, Rosebud Baker, Robert Dean, Kellen Erskine, Simon Gibson, Alzo Slade, and Daphnique Springs. Each of our comedians has a deep-rooted passion for comedy and a background that speaks volumes of their pursuit of fame in the world of stand-up comedy.

JC is a crowd favourite, high energy performer with an edgy style of comedy that only accentuates his larger than life persona. JC’s life is an example that fits the saying – hard work pays off. With years of struggles and troubles behind him, he was finally able to make a living out of performing at numerous comedy shows where he had brief appearances. Though there is a stellar management team that stands by him, he wants more. He wants his recognition worldwide. Hence, he participated in Just for Laughs.

Rosebud is a writer and a stand-up comic, who has quite a few credits to her name. She has been featured on Seriously TV, SeeSo, SiriusXM’s Raw Dog Comedy Radio, and also Fox’s Red Eye w/ Tom Shiloue. She is a regular performer at Stand-Up New York, New York Comedy Club, Broadway Comedy Club, and has been regarded as one among the top 10 comedians performing regularly on Roastmasters at New York’s The Stand Comedy Club. She won the New York Comedy Competition at New York Comedy Club in 2016. “As much as it sucks to be fully sentient through every failure, I think it’s helped me in the long run.” She said in an interview.

Since childhood, Robert has dreamed of becoming a comedian, and for that reason, he moved to New York from Connecticut in pursuit of his dream. After struggling for ten years, he finally got established in New York City comedy scene and earned a stage at some of the best shows, but that was not enough for him. He wanted to crack the Just for Laughs competition to get into the stand-in comedy world. Though he had already been sent back seven times by the festival, his determination didn’t let him quit. His goal was yet to be achieved.

Kellen is known for his quick wit and subdued style which got him a spot on Conan. He spends most of his time performing at small comedy shows across the city. Initially, he is scared to audition for Just for Laughs, feeling extra pressure, and worrying if he is able enough for that position. But he hopes to win it so that he can spend more time with his family.

Simon is an audience’ favourite mostly because he appears on stage unprepared and does hilarious off-the-cuff bits and shocks the audience with genuine moments of confusion. Previously, he could barely keep his head over water and worked at multiple restaurants. Simon seems eager to earn a spot in Just for Laughs and would also like his best friend MK Paulsen, who is also a comedian, to join him in the journey.

Alzo has been in the comedy business for five years due to his charm and wisdom. His only aim is to reach out to as many people as he can to share his everyday observations and make people laugh and think at the same time. For that, he knew exactly where he had to go. Just for Laughs was the perfect stage for him to get more people to listen to him.

Springs is clear about her goal. She wants to become the best female comedian around, a dream which according to her can come true only if she utilizes the Just for Laughs stage. With a sexy, smart and sassy comedy routine, she is all set to become a star.

Inside Jokes Plot: What is it about?

Inside Jokes documents the journey of aspiring comedians from LA and New York as they audition for gaining a spot in Just for Laughs, the biggest and most famous career-making Comedy Festivals of all times, held in Montreal, to the day when our comics finally perform on the most prestigious stage of their lives. The series takes viewers on a tour into the early lives of the contestants and their auditions for Just for Laughs. As the series begins, each is seen battling their insecurities to deliver a confident performance on stage. Night after night, they frequent clubs with their acts to perfect their six-minute bit in their ascent to fame and fortune. One by one, they present their bits before the judges who then decide their fates.

Years of hard work and unconditional sacrifices flash before their eyes as the moment of truth arrives after their performances are done. There is distinct anxiety in the air as they await results. As the winners are revealed, we watch them deliver thrilling or disappointing news to their close ones. We follow our comics who make the cut to The New Faces Showcase stage that holds about 800 people belonging to the fraternity and thousands of comedy fans, before whom the shortlisted candidates perform their acts. It is a dream come true for them. Inside Jokes is highly recommended for people who love the comedy genre. It is bound to draw appreciation from all people in the artistic field.

Inside Jokes Season 2 Release Date: When will it premiere?

Inside Jokes season 1 premiered on November 30, 2018. All episodes were released together, with each episode running for 50 minutes. As far as the next season goes, we don’t have an official announcement yet. Though considering Amazon’s heavy investment in standup comedians, we would be surprised if it doesn’t get another season. Our best guess is that if the show does get renewed, Inside Jokes season 2 can release sometime in November, 2019 with new set of participants. We will update this section as soon as we hear more.

While we wait for an update on Inside Jokes season 2, check out the season 1 trailer to refresh your memories. If you haven’t seen the show yet, all the episodes of season 1 of Inside Jokes can be watched Prime Video.